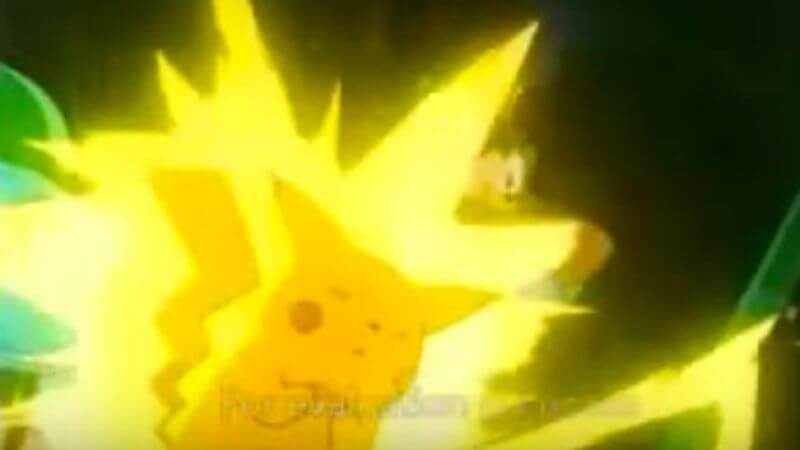 Why does exposure to rhythmic stimulation at certain frequencies facilitate the occurrence of epileptic seizures?

In 1997, flickering patterns in an episode of the series Pokémon triggered epileptic seizures in nearly 700 Japanese children. These spontaneous outbreaks in apparently healthy children were linked to so-called “photosensitive epilepsy”, a type of epilepsy in which seizures are the result of certain visual stimuli.

Now researchers at Pompeu Fabra University (UPF), Polytechnic University of Catalonia (UPC) and the University of Exeter (UoE, UK) propose an explanation for the occurrence of epileptic seizures as a result of the exposure to certain stimuli.

The study has been published in the journal NeuroImage.

Epilepsy is one of the most common neurological diseases in the world. According to the World Health Organization (WHO), almost 50 million people worldwide suffer from it and 30% do not respond to treatment. The disorder is characterized by epileptic seizures – episodes of the uncontrolled, synchronized activity of neurons that can lead to loss of consciousness and other serious impairments of brain functioning.

Considering the brain as a dynamic system allows engaging tools from engineering and physics in order to find out what factors lead to the occurrence of these highly synchronized epileptic discharges. The research by UPF, UPC and UoE has used a computational model of a cortical column – a putative basic functional unit of the cerebral cortex – to show that neuronal tissue displays epileptic-like activity when exposed to enhanced stimulation of certain frequencies. This increase may be due to the brain’s own activity or a consequence of external stimulation, such as the flickering in the Pokémon cartoon.

According to the research results, this behaviour stems from dynamic properties of the neuronal tissue, such as an ability to undergo resonance. Visual stimulation with frequencies close to alpha rhythm (which was the case of the flickering in Pokémon) may interfere with the natural alpha activity prevailing in the visual cortex leading to an increase of amplitude of the discharges and consequently to epileptic seizures. This resonance phenomenon can be compared to what happens when we push a swinging child. If we push it at the right moment, with a frequency equal to the swinging frequency, it will swing further and further and eventually may fall from the swing.

This fall is an analogy to an epileptic crisis that may occur in the brain due to stimulation with a certain frequency. In the Pokémon series, the lights flashed at a frequency of 12Hz.

“The alpha rhythm of the brain is 8-12Hz and the cartoons were showing exactly the alpha frequency of 12Hz. This phenomenon coincides with the results of our research”, says the author of the study, Maciej Jedynak.

Thus, a purely dynamic scenario can explain the susceptibility to driving with delta and theta rhythms, as well as a lack of susceptibility to very fast or very slow stimulation. The researchers showed how these phenomena manifest in the presence of random driving, which mimics the ongoing stimulation of a cortical column more faithfully than the periodic one.

“This research provides further insight into ways that communication within brain networks can possibly lead to the occurrence of seizures” comments Marc Goodfellow, senior lecturer in Mathematics at the University of Exeter and leader of the study.

According to Jordi Garcia-Ojalvo, group leader of the Dynamical Systems Biology Lab at UPF and collaborator in the study, “this work shows that the temporal characteristics of the random activity of the brain can have profound effects on its behaviour”.

“In order to develop new alternative kinds of epilepsy treatment we need to understand more about the mechanisms underlying this disease”, adds Jedynak, researcher at the same lab and the leading author of the article. “Our findings help to elucidate mechanisms of the generation and spreading of epileptic seizures in the brain. In the future they may improve the methodology of computational modelling aimed at devising tools for epilepsy treatment”.