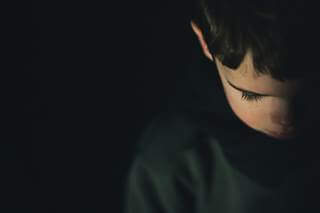 Findings from a large prospective study presented at the 2017 American Epilepsy Society Annual Meeting, December 1-5, in Washington, DC, suggest that total number of seizures in children with benign childhood epilepsy with centrotemporal spikes (BECTS), not age at first seizure, is predictive of neuropsychological outcomes.

Age at first seizure was not an accurate prognostic marker, predicting neither number of seizures nor observed duration of disease.

To evaluate prognostic causes of disease course and to examine whether there are clinical features or treatments associated with neuropsychiatric outcomes, the researchers included all patients with BECTS who were in the long-term Connecticut Study of Epilepsy (n=61) in the current study.

Participants were enrolled at diagnosis and were contacted every 3 months to track disease course, medication, and neuropsychiatric status into young adulthood. Average follow-up for children with BECTS was 15.86±3.38 years. Mann-Whitney and Welch’s t-tests were used to do group comparisons between those who were treated and untreated, and a logistic regression model was used to evaluate the relationship between clinical variables and neuropsychological outcome.

The researchers found that average age at the first and last seizure were 7.2 (range 3.1-10.6) and 10.0 years (range 4.3-22.3). Of the 61 participants included in the study, 40 were treated with anticonvulsant medication (ACD). The participants’ age at first seizure did not correlate with observed duration of disease (R2 =.00), nor with the total number of seizures (R2 =.03).

Of the total cohort, 18 reported at least 1 neuropsychiatric diagnosis over the follow-up period. The most common diagnosis was depression (n=12) and attention-deficit hyperactivity disorder (n=11).

“This large prospective study demonstrates that age at first seizure is not an accurate prognostic marker, predicting neither number of seizures nor observed duration of disease,” the researchers concluded. “Nearly one-third of this cohort was diagnosed with a neuropsychiatric complication, with the major predicting factor of these diagnoses being total number of seizures.”