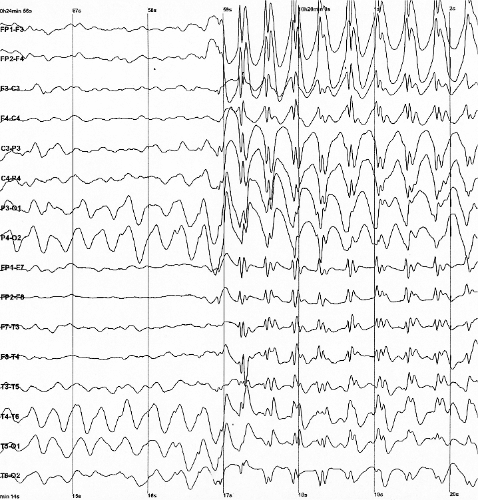 University of Iowa neuroscientists have identified a specific area of the brain involved in the loss of breathing that occurs during a seizure. The findings, published in JCI Insight on March 12, could have important implications for predicting, or even treating and preventing sudden unexpected death due to epilepsy (SUDEP).

Although it has been known for more than a century that seizures can cause people to stop breathing, for much of that time this transient effect has not been taken very seriously. More recently, evidence has been building, though studies done at the UI and elsewhere, suggesting that seizure-induced loss of breathing plays a critical role in SUDEP, which is the leading cause of death in people who have uncontrolled epilepsy.

In the new study, the UI team led by neurosurgeon Brian Dlouhy, MD, studied eight pediatric patients with epilepsy, ranging in age from 3 to 17, who were undergoing seizure mapping with implanted, intracranial electrodes. Previous studies in adults from UI and elsewhere have shown that the amygdala is important for seizure-induced loss of breathing (apnea), but no one has looked at the role of the amygdala and loss of breathing in children with epilepsy.

Using brain recordings from the implanted electrodes and continuous monitoring of breathing, the researchers showed that a specific (medial) subregion of the amygdala was the critical site in the children’s brains. In two patients they observed loss of breathing when the seizure reached the amygdala; and electrically stimulating the amygdala, but not other parts of the brain, produced apnea in all eight patients. These effects did not depend on the age of the child or type of epilepsy affecting the children.

Remarkably, none of the children were aware that they had stopped breathing during the stimulation trials, and none of them had any of the normal feelings of stress or discomfort that usually happen if a person stops breathing.

“We think the patient’s lack of awareness or alarm that they have stopped breathing, which we also see in adult patients, may be critical in SUDEP,” says Dlouhy, an assistant professor of neurosurgery with UI Health Care and member of the Iowa Neuroscience Institute.

Finally, because the new study involved a relatively large number of patients and brain sites, the team was able to collect data from many brain recordings. Using a machine-based learning algorithm (artificial intelligence) based on data from 45 stimulation sites in the children’s brains and 210 stimulation trials, the team identified a focused region in the amygdala that consistently inhibited respiration and caused loss of breathing during electrical stimulation and seizures. The researchers dubbed this area the Amygdala Inhibition of Respiration (AIR) site, which includes the medial subregion of the basal nuclei, cortical and medial nuclei, amygdala transition areas, and intercalated neurons.

“Pinpointing exactly which part of the amygdala is responsible for loss of breathing during seizures could be key to preventing SUDEP.” Dlouhy says. “A more complete understanding of the AIR site may prove valuable for determining which patients are at greatest risk for SUDEP and may even provide a therapeutic target for preventing seizure-induced apnea and SUDEP.”