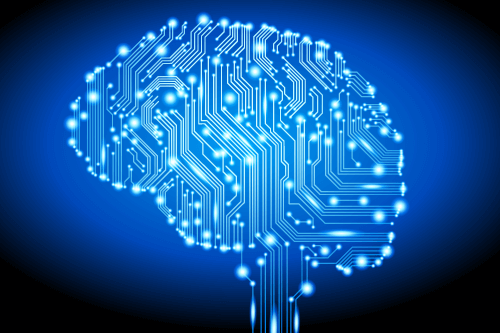 For as long as scientists have been listening in on the activity of the brain, they have been trying to understand the source of its noisy, apparently random, activity. In the past 20 years, “balanced network theory” has emerged to explain this apparent randomness through a balance of excitation and inhibition in recurrently coupled networks of neurons. A team of scientists has extended the balanced model to provide deep and testable predictions linking brain circuits to brain activity.

Lead investigators at the University of Pittsburgh say the new model accurately explains experimental findings about the highly variable responses of neurons in the brains of living animals. On Oct. 31, their paper, “The spatial structure of correlated neuronal variability,” was published online by the journal Nature Neuroscience.

The new model provides a much richer understanding of how activity is coordinated between neurons in neural circuits. The model could be used in the future to discover neural “signatures” that predict brain activity associated with learning or disease, say the investigators.

“Normally, brain activity appears highly random and variable most of the time, which looks like a weird way to compute,” said Brent Doiron, associate professor of mathematics at Pitt, senior author on the paper, and a member of the University of Pittsburgh Brain Institute (UPBI). “To understand the mechanics of neural computation, you need to know how the dynamics of a neuronal network depends on the network’s architecture, and this latest research brings us significantly closer to achieving this goal.”

Earlier versions of the balanced network theory captured how the timing and frequency of inputs–excitatory and inhibitory–shaped the emergence of variability in neural behavior, but these models used shortcuts that were biologically unrealistic, according to Doiron.

“The original balanced model ignored the spatial dependence of wiring in the brain, but it has long been known that neuron pairs that are near one another have a higher likelihood of connecting than pairs that are separated by larger distances. Earlier models produced unrealistic behavior–either completely random activity that was unlike the brain or completely synchronized neural behavior, such as you would see in a deep seizure. You could produce nothing in between.”

In the context of this balance, neurons are in a constant state of tension. According to co-author Matthew Smith, assistant professor of ophthalmology at Pitt and a member of UPBI, “It’s like balancing on one foot on your toes. If there are small overcorrections, the result is big fluctuations in neural firing, or communication.”

The new model accounts for temporal and spatial characteristics of neural networks and the correlations in the activity between neurons–whether firing in one neuron is correlated with firing in another. The model is such a substantial improvement that the scientists could use it to predict the behavior of living neurons examined in the area of the brain that processes the visual world.

After developing the model, the scientists examined data from the living visual cortex and found that their model accurately predicted the behavior of neurons based on how far apart they were. The activity of nearby neuron pairs was strongly correlated. At an intermediate distance, pairs of neurons were anticorrelated (When one responded more, the other responded less.), and at greater distances still they were independent.

“This model will help us to better understand how the brain computes information because it’s a big step forward in describing how network structure determines network variability,” said Doiron. “Any serious theory of brain computation must take into account the noise in the code. A shift in neuronal variability accompanies important cognitive functions, such as attention and learning, as well as being a signature of devastating pathologies like Parkinson’s disease and epilepsy.”

While the scientists examined the visual cortex, they believe their model could be used to predict activity in other parts of the brain, such as areas that process auditory or olfactory cues, for example. And they believe that the model generalizes to the brains of all mammals. In fact, the team found that a neural signature predicted by their model appeared in the visual cortex of living mice studied by another team of investigators.

“A hallmark of the computational approach that Doiron and Smith are taking is that its goal is to infer general principles of brain function that can be broadly applied to many scenarios. Remarkably, we still don’t have things like the laws of gravity for understanding the brain, but this is an important step for providing good theories in neuroscience that will allow us to make sense of the explosion of new experimental data that can now be collected,” said Nathan Urban, associate director of UPBI.