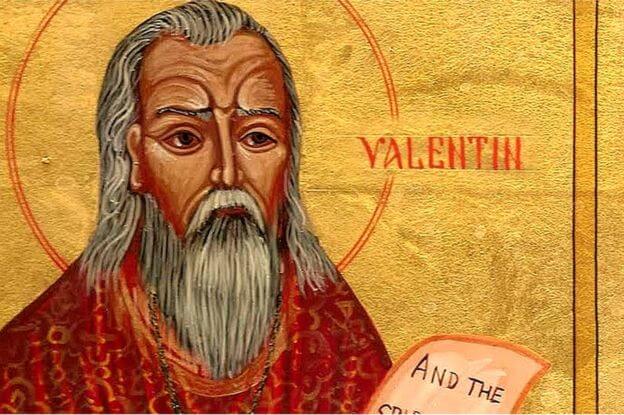 Saint Valentine is recognised in the Christian world as the patron saint of epilepsy. But who was he and why did he become particularly linked to epilepsy?

Epilepsy has a much longer history than Christianity. It has been recognised for at least 4,000 years and it was invariably connected to the gods in the ancient cultures that pre-dated Christianity. The ancient Egyptians, the Hindus in ancient India and the Aztecs and Incas in Central America all linked epilepsy to their gods.

In ancient times there were no natural explanations for the cause or symptoms of epilepsy. The condition was therefore seen to be a supernatural event where the gods had both the power to inflict epilepsy on people (as punishment, atonement or a challenge) and to release people from it. Epilepsy itself was often thought of as an evil spirit or demon inhabiting the unfortunate human. So it was presumed that relief from epilepsy was only possible by invoking the help of the gods.

It is perhaps not surprising then that Christianity should maintain this tradition and also link epilepsy to God. In early Christian times when medicine was rudimentary, and in the absence of any other effective treatments, the possibility of divine intervention at least brought comfort and hope if not cure.

Epilepsy in the bible

If proof were needed of the divine relationship with epilepsy, the Bible contains many  references in the New Testament to the power of God over illness and adversity and of Jesus healing the sick. In particular there are some quite specific references to epilepsy, such as Matthew 4:24. Arguably the most famous epilepsy healing reference in the Bible can be found in Mark 9:17-27; Matthew 17:14-18 and Luke 9:37-43 which all describe Jesus healing the boy with epilepsy by driving out an evil spirit.

Then there is the description in Acts 9:3-9 where St Paul, or Saul as he was known before his conversion to Christianity, is reported to experience what many believe to be an epileptic seizure on his way to Damascus; falling to the ground, hearing God and losing his sight for three days. That this was an epileptic seizure is given even more credence by the fact that sight impediment – including temporary blindness lasting from several hours to several days – has actually been observed as a symptom or a result of an epileptic seizure.

St Paul himself perhaps provides further evidence of his epilepsy when he talks about his “physical ailment” in his letters; (2 Corinthians 12:7 and in Galatians 4:13-14). This connection between Saint Paul and epilepsy was so strongly perceived that in old Ireland, for example, epilepsy was sometimes known as ‘Saint Paul’s disease’.

Even with God’s power established as the cure for epilepsy, few Middle Age Christians would dare to approach Him directly. Instead, they would turn to the Saints of the church to intercede on their behalf and ask God for His help. The more serious and dangerous the illness or disease, the greater the number of patron saints that were responsible for it. Over the centuries a certain degree of specialisation developed but by the Christian Middle Ages epilepsy had about forty saintly helpers, a number only exceeded by the plague, which had more than sixty.

Of these forty saints for epilepsy, the best known by far is Saint Valentine. But who are the others? Some, like St Anthony the Abbot, were known in their lifetimes as healers. Others, like St Apollinaris and St Giles, were considered to be miracle workers. Their reputation for “curing” epilepsy made them obvious choices forpeople to appeal to.

The fourth century Italian St Bibiana is a patron saint because a church was built over her grave and in the garden an herb grew that cured headache and epilepsy. In the same way, the burial site of the Irish St Dymphna became known for its miraculous healings and her relics are reported to cure epilepsy. Other patron saints have tombs with curative powers that are reported to be especially effective in relation to epilepsy. These include the 7th Century Irish St Catald, the 13th Century French St Gerard of Lunel and the 10th Century Belgian St Guy of Anderlecht.

Other Saints, like St Severin of Noricum, St Ubald of Gubbio and St Cyriakus have been identified as being helpful and beneficent to people with epilepsy although not sufficiently so to be considered patrons of the condition.

One patron saint who does come close to the significance of St Valentine is the 4th Century Italian St Vitus. It is claimed that he freed the Roman Emperor Diocletian’s son from an evil spirit (epilepsy?). When he would not sacrifice to the pagan gods in celebration, his cure was attributed to sorcery, and he was put to death. Probably because of this incident, St Vitus was often called upon in the Middle Ages to help people with epilepsy. These intercessions were so successful in providing cures that his reputation grew and in some parts of Europe the condition even came to be called “St Vitus’ Dance”. In more modern times St Vitus’ Dance is used as another name for the movement disorder Chorea.

But what of St Valentine himself, the best known of all the epilepsy patron saints. Who was he and how did he come to be so closely associated with the condition?

The story of St Valentine

The story is far from simple. To begin with there is more than one St Valentine. Valentinus was a priest in Rome and a physician in the 3rd century AD. To be a Christian at this time was a crime punishable by death. Despite this, Valentinus would not renounce his faith and he was beheaded by order of Emperor Claudius II on February 14 270 AD. At about the same time there also lived Valentine the Bishop of Interamna (now called Terni) in Umbria, Italy. He was scourged, imprisoned, and then beheaded for being a Christian. He had a reputation for praying for the sick to be made well and just prior to his death is said to have restored the sight of the daughter of his jailer. Tradition has it that these two men are in fact the same person, that Valentinus the Roman priest became the Bishop of Interamna and was brought to Rome for his execution. Whoever he was, a Roman Valentine really did exiSt Archaeologists have unearthed a catacomb and an ancient church dedicated to him.

The picture becomes even more complicated by the existence of yet more St Valentines. The most important of these is St Valentine of Rätien or Passau. This St Valentine became the missionary Bishop of Passau in what is now Lower Bavaria, Germany in 435 AD. After several attempts to Christianise that area, he was eventually driven away. He then worked as a bishop without a location as he continued his missionary efforts in the area between the river Danube and the Alps. He died in the city which is now called Merano in about 475 AD.

The legends of both Valentines became merged together from the 9th century and it is not always possible to clearly distinguish between the two after that date. For  example, in the Rhine region in the Middle Ages, there were two important places of pilgrimage that were holy to St Valentine of Terni that were visited by many pilgrims seeking a cure for their epilepsy: Rufach in Ober-Elsass and Kiedrich im Rheingau.

The link between St Valentine and epilepsy

The question still remains, why was St Valentine so closely associated with epilepsy? Much is made of the phonetic similarity in the German language between the words ‘fallen’ (fall) and ‘Valentine’. This reinforced St Valentine’s connection to epilepsy in German speaking areas and led to common names for epilepsy in German such as “Saint Valentine’s illness” and “St Valentine’s affliction”. But in non-German speaking areas St Valentine’s patronage was not so strong. In France, for example, Saint Johannes was an important helper for combating epilepsy (mal de Saint Jean), and in Anglo-Saxon countries, especially in Catholic Ireland, it was Saint Paul.

The reputation of a Saint to be able to help is based upon his or her apparent success. Over the centuries St Valentine would have been called upon by thousands of Christians with epilepsy. If only by the law of averages he would have been credited with many miraculous cures and healings. Stories about these would have spread far and wide so enhancing his reputation and increasing the number of people who would turn to him for help which in turn would have led to yet more success stories. And so the connection with epilepsy is made and then reinforced down the ages.

Some of this reinforcement is seen in the iconic representations of St Valentine healing people with epilepsy. These are frequently encountered in southern Germany, eastern Switzerland, Austria and northern Italy. The first such representation appeared in The Nuremberg Chronicle, a great illustrated book printed in 1493. They often show the Saint with a boy or man having a seizure or apparently recovering from a seizure. This seems to echo the biblical story of Jesus curing the boy with epilepsy.

Arguably the greatest debate surrounding St Valentine is not about who he was or why he is connected to epilepsy. It is about whether or not he is actually beneficial to people with epilepsy. Still today there is much about epilepsy that cannot be naturally explained. In such circumstances people will continue to seek alternative rationales to try and make sense of their condition in whatever way they can. If this brings people comfort and hope and helps them to cope with their condition, just as it did in ancient times, who is to say this is not beneficial?