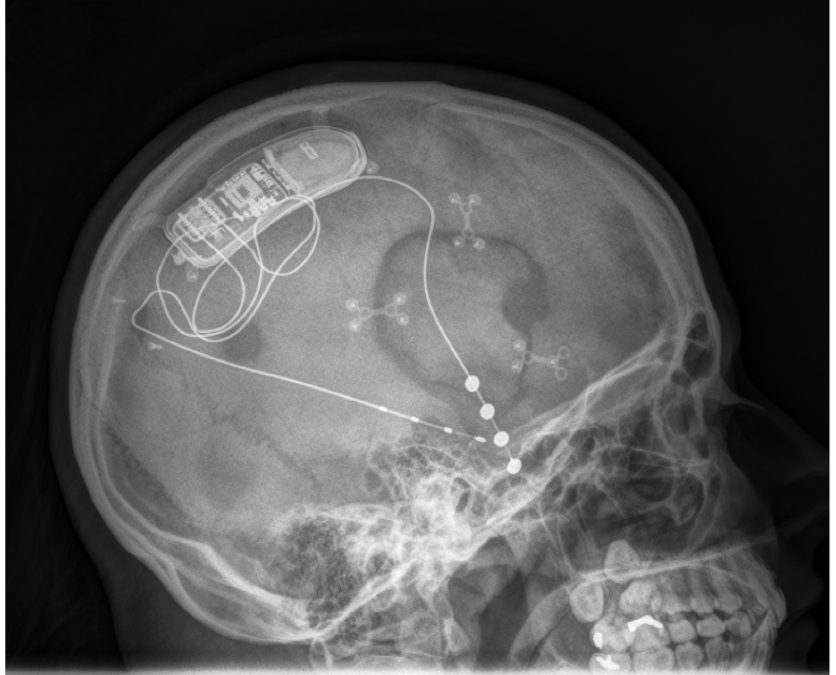 RNS for Epilepsy: Everything You Need to Know

Responsive neurostimulation (RNS) is a treatment that may help manage epileptic seizures. Doctors may recommend RNS for epilepsy if medication has not been effective for you.  Doctors may initially use medication to treat epilepsy. However, for some people, medication does not completely stop seizures. This is known as intractable or refractory epilepsy. According to the National Institutes of Health (NIH), this occurs in up to 30–40% of people with epilepsy.

In such cases, other treatment options, such as RNS, may be effective.

This article discusses RNS for epilepsy, including how it works, its benefits, and its effectiveness. It also explains what to expect from the procedure, including costs, possible side effects, and additional care options.

How RNS for epilepsy works

The neurostimulator does this by monitoring the brain’s electrical activity and responding when it detects abnormal patterns. It then produces short electrical pulses to manage the activity.

RNS can be a beneficial treatment. Not only may it be effective at managing seizures, it can also have other advantages, such as:

Another benefit that RNS may offer is the ability to store the information from the device and learn more about your condition.

If you experience pain or a tingling sensation with RNS for epilepsy, contact your medical team promptly. They may help by adjusting your device.

Research into the effectiveness of RNS for epilepsy is still ongoing.

However, a 2020 study suggests that RNS therapy effectiveness increased over time as clinicians have learned to optimize its use.

For example, the median rate of reduction of seizures improved from 67 to 74% over the first year of the study to the last follow-up. Additionally, around 35% of participants experienced at least a 90% reduction in seizures, with around 18% of people becoming seizure-free for long periods of time.

A 2020 review of research also suggests that RNS can reduce the risk of experiencing unexpected death due to epilepsy. It may also improve the quality of life and cognitive function of those with epilepsy.

Who may benefit from RNS

If you have epilepsy, your doctor will discuss the possible treatment for your condition and determine if you’re a suitable candidate for RNS. This is because RNS may not be effective for everyone.

The Food and Drug Administration (FDA) has approved RNS treatments for people over the age of 18 years who experience focal seizures due to refractory epilepsy. Focal seizures may also be known as partial seizures. Other candidates for RNS can include adults with seizures that start in two places of the brain, known as two seizure foci.

What to expect from the procedure

If medication is not managing your seizures, your doctor may conduct further diagnostic tests to check if RNS may help you. This can involve imaging scans or EEG monitoring.

If RNS is recommended, you can then undergo surgery using a general anesthetic to place the device. Surgeons will place the neurostimulator just underneath the scalp, which will not be visible to anyone else.

You may then need to stay in the hospital for around 1–2 days while you recover.

After several weeks, you may also need to see your doctor for a follow-up exam. This allows the surgeon to check and program your device. Your medical team may ask you to record your seizures before and after surgery to help identify any improvement after the procedure.

The neurostimulator battery may last around 8 years.

Risks and side effects

Clinicians generally consider RNS to be safe and effective when performed in appropriate candidates.

However, all surgeries carry a risk of side effects and complications. For RNS surgery, these complications may include:

Some people may experience pain or discomfort during and/or after the procedure. Discomfort may also occur while programming the device.

RNS procedures can be expensive. Total costs for the procedure and related care can vary, with some estimating that the average healthcare costs for any epilepsy surgery are between $40,000–60,000.

However, a 2021 model of costs suggests that long-term RNS may be cost effective and help save money when compared with using medications on their own. Researchers theorize that this may help save up to $46,596 in certain conditions.

Living with an RNS implant

After the surgery, your doctor will provide you with a remote monitor and a special magnet. This can help you collect data from the RNS and review the information with your doctor.

To collect this data, the magnet must be swiped over where the RNS sits in the head. Your doctor may ask you to do this during a seizure to further help the doctor tailor the RNS settings to your condition.

You will also have regular check-ups with your doctor or medical team to monitor how the device is working and update its settings if necessary.

Eventually, you may need to replace the battery in the RNS implant.

Do not undergo any of these procedures. Always inform your medical team that you have an RNS implant while seeking any treatment.

If RNS is not suitable or desirable for you, other treatment options may be available.

These treatment options can include:

RNS therapy can be an effective treatment for those with epilepsy who do not see improvements with medication therapy. To carry out the treatment, a surgeon will place an RNS implant in the skull. This implant can then help monitor and manage the electrical activity that causes epileptic seizures.

RNS for epilepsy can be effective and safe, with many people experiencing a decrease in seizure episodes. However, RNS therapy may not be suitable for everyone, and all surgeries can present a risk of complications.

Contact your doctor if you have questions about RNS for epilepsy or your current epilepsy treatment.