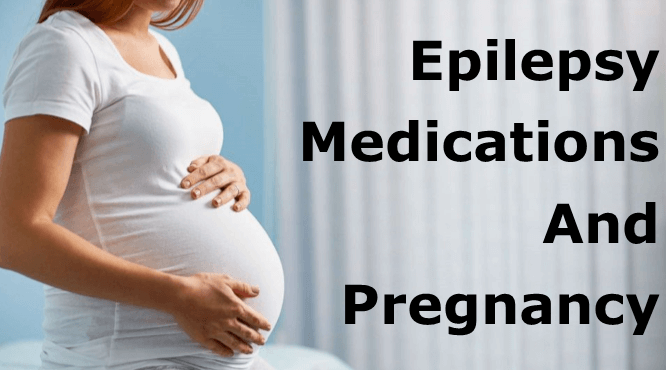 Despite widespread warnings that use of certain antiepileptic drugs (AEDs) during pregnancy is associated with significant risks for congenital malformations and poor neurodevelopmental outcomes in children, these drugs are still being prescribed at concerning levels, new research shows.

A study that included 45,000 women who had been diagnosed with epilepsyshowed that approximately 5% of women with new-onset incident epilepsy were prescribed valproate (Depacon, AbbVie) and 15% received topiramate(multiple brands).

“Where possible, the substitution of safer drugs should be considered for women who may become pregnant. Additional education among physicians and women with epilepsy is still needed to increase awareness of these risks and alternatives for treatment,” she added.

The findings were published online April 1 in JAMA Neurology.

There have been multiple studies dating back more than 10 years on the anatomic and behavioral teratogenicity of specific AEDs. Those that carry the greatest risk include valproate, topiramate, and phenytoin.

However, valproate is still deemed a category D medication for pregnant women with epilepsy or bipolar disorder if other medications are ineffective or are not tolerated.

The investigators note there is some evidence that prescribing patterns regarding AEDs have changed. However, most of the research on AED use in women of childbearing age come from registry studies, which may not fully represent the general population, the investigators note.

To examine AED treatment patterns and to identify differences in use of valproate and topiramate with respect to comorbidities among women of childbearing age who have epilepsy, the investigators conducted a retrospective cohort study that used a nationwide commercial database and that was supplemented by information from Medicare and Medicaid insurance claims data.

The researchers assessed both incident and prevalent epilepsy. For the patients in the group with incident epilepsy, the index date was between January 2011 and June 2013, and at least two previous years had elapsed without an epilepsy diagnosis or an AED prescription.

For the patients in the group with prevalent epilepsy, the index date was between January 2010 and June 2013, and a previous 1-year baseline included an epilepsy diagnosis.

The investigators also identified any comorbid mood disorders, anxiety, dissociate disorders, migraine, or headache using ICD-9-CM codes, because it is likely that some AEDs were prescribed for indications other than epilepsy.

“But that did not account for most of the prescriptions,” coinvestigator R. Edward Faught, MD, professor in the Department of Neurology at Emory University School of Medicine and director of the Emory Epilepsy Program, Atlanta, Georgia, told Medscape Medical News.

For example, he said that in most cases, topiramate was not prescribed to women whose records included a comorbid migraine diagnosis code. In addition, valproate was prescribed to treat a mood disorder in fewer than 10% of cases.

In the combined databases, the researchers identified 8003 patients (mean age, 27 years) with incident epilepsy. Of those epilepsy cases, 55% were undefined, 25% were of generalized epilepsy, and 20% were focal.

Valproate was prescribed to almost 5% of this cohort, and topiramate to 15%.

“Many women of childbearing age are still being prescribed antiepileptic medications that have been shown to be teratogenic,” Faught said.

The most common first-line AED monotherapy prescribed to the incident group was levetiracetam (multiple brands), at 40%, followed by topiramate, at 15%, and lamotrigine (Lamictal, GlaxoSmithKline), at 15%. Valproate was the first-line choice for 5% of this group.

Headache or migraine was the most common comorbidity, affecting 27% of these patients. Anxiety and dissociative disorder affected 20% of the group, and mood disorders affected 18%.

The study also included 38,764 patients (mean age, 30 years) with prevalent epilepsy. The breakdown in epilepsy types for this group was similar to what was found in the incident epilepsy group: 56% undefined, 23% generalized, and 21% focal.

The most frequently prescribed AEDs in this cohort were lamotrigine, at 21%; levetiracetam, at 19%; topiramate, at 13%; carbamazepine (multiple brands), at 11%; and valproate, at 10%.

Headache or migraine was again the most common comorbidity, reported by 31% of the prevalent group. Common psychiatric comorbidities included mood disorders in 27% and anxiety and dissociative disorder in 23%.

Modest but Still Significant Use

“We don’t want to imply that all of these cases where women were prescribed valproate or topiramate were inappropriate,” Faught said, “but not all of them were given appropriately.”

Regardless of seizure type, the most commonly prescribed AEDs were levetiracetam, lamotrigine, and topiramate for both incident and prevalent cases, the researchers write.

These findings align with recent evidence supporting changes in AED prescribing, specifically, that valproate use has decreased while lamotrigine and levetiracetam use has increased for women of childbearing age, including use during pregnancy, they note.

“A modest but still significant percentage of women of childbearing age continue to receive valproate, topiramate, or phenytoin for epilepsy, despite their known teratogenicity risks. Nevertheless, the use of these higher-risk drugs — especially valproate — appears to be diminishing over time,” Kim said.

This was demonstrated by a more recent drop in frequency of such prescriptions, she added.

“We were glad to see that most women were treated with monotherapy, because monotherapy is less likely to cause birth defects,” Faught said.

A potential limitation of the study was its inability to assess whether women were using reliable birth control methods, were not planning a pregnancy, or were incapable of becoming pregnant.

The current findings are part of a long-term study of epilepsy at Emory that began in 2011. Faught and colleagues are planning future research to evaluate how many women were using reliable methods of birth control when prescribed an AED.

Still Not Getting the Message

Commenting on the findings for Medscape Medical News, Kimford J. Meador, MD, professor, Department of Neurology and Neurological Sciences, Stanford University School of Medicine, California, said the study is important because “it provides a population-based update on AED use” in women of childbearing age who have epilepsy.

“It shows that prescription practices have changed based on prior findings of teratogenic risk. However, it also shows that a noticeable proportion of women were treated with valproate and topiramate despite known teratogenicity risks,” he said.

Meador, who was not involved with the current research, was lead author of a 2016 study of the developmental effects of AED that addressed the need for improved regulation of the drugs. He noted that for many AEDs, the associated risks remain uncertain or even completely unknown.

“There is a great need to implement actions to gain this knowledge in a more expedited manner,” Meador said.

Also commenting on the findings, Chittaranjan Andrade, MD, psychiatrist and professor and head of the Department of Psychopharmacology, the National Institute of Mental Health and Neurosciences, Bangalore, India, noted that in the incident cohort, almost all of the women who were prescribed AEDs received monotherapy.

“This suggests that the women who received valproate, topiramate, and phenytoin received their respective drugs as a treatment of first choice,” Andrade told Medscape Medical News.

“The implication is that the prescriber was unaware of or insufficiently concerned about the teratogenic and neurodevelopmental risks associated with exposure to these drugs during pregnancy. This is dismaying,” he said.

He added that “the message needs to go out” to prescribers, pharmacists, and the public through continuing medical education (CME) articles and CME programs, the mass media, and epilepsy and bipolar disorder forums “that valproate, phenytoin, and topiramate — and valproate in particular — are strongly discouraged treatments for women of childbearing age.”

Andrade noted in a 2018 review article that “many regulatory bodies across the world have discouraged and even banned the use of valproate during pregnancy and in women of childbearing potential unless no satisfactory alternatives exist or unless a pregnancy prevention program is implemented.”

The study was supported by UCB Pharma, which is one of the makers of levetiracetam. Kim and Faught have received grants and other support from UCB Pharma related to the study, and two other study authors are UCB Pharma employees. Meador and Andrade have reported no relevant financial relationships.