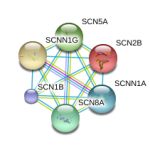 The SCN8A gene mediates electrical signaling in the brain by controlling the flow of sodium currents. Findings from these studies could inform the development of precision medicine therapeutics and lead to more effective strategies for diagnosing and treating patients with epilepsy.

In the first study, (abstract 3.142) researchers from the University of Michigan describe how faulty electrical signaling in the brain may underlie seizure activity in patients with EIEE.

“We predict that these changes in sodium current, especially the more than doubling of persistent current density, may contribute to seizures in EIEE patients carrying the N1768D mutation in SCN8A,” says author Luis Lopez-Santiago, Ph.D., an assistant research scientist at the University of Michigan.

A second study (abstract 2.362) broadens the spectrum of illnesses linked to SCN8A mutations to encompass both mild and severe forms of epilepsy. Researchers from the Danish Epilepsy Centre, the University of Tübingen, the University of Leipzig and Schön Klinik Vogtareuth examined SCN8A gene sequences from 35 patients with epilepsy, comparing the patient’s clinical, neurophysiologic and neuroradiological findings with their genetic backgrounds.

Based on their findings, the authors divided the patients into three distinct subtypes. The first group of patients had no family history of SCN8A mutation and developed early-onset, severe, drug-resistant epilepsy with deteriorating cognitive function and experienced sudden unexpected death in epilepsy (SUDEP). The second group also lacked family history but presented with mild-to-moderate intellectual disability, mild or no neurological signs, and drug-resistant epilepsy with extended seizure-free periods. A third group included unrelated families that had identical SCN8A missense mutations associated with a very mild form of epilepsy that was outgrown by puberty and was not associated with cognitive or neurological deficits.

“We provide new data that expand the spectrum of SCN8A-related epilepsies to include familial and sporadic cases. These range from severe early onset encephalopathy with epilepsy to milder forms of drug-resistant epilepsy to familial cases with a very mild form of epilepsy,” says author Elena Gardella, Ph.D., a clinical associate professor at the Danish Epilepsy Center, Filadelfia, at the University of South Denmark.

In a third study, (abstract 2.087|A.03) researchers from University of Michigan unveil a new platform for identifying effective therapies. The authors studied cell samples from patients with epilepsy to understand how spontaneous, non-inherited SCN8A mutations affect electrophysiology in the brain. These so-called de novo mutations are linked to early infantile epileptic encephalopathy associated with severe epilepsy and cognitive impairment. Patients with these mutations are also at higher risk of SUDEP.

“These strategies can be used in future studies as a novel platform for identifying effective drug therapies to ameliorate seizures,” says Andrew Tidball, Ph.D., a postdoctoral research fellow at the University of Michigan.