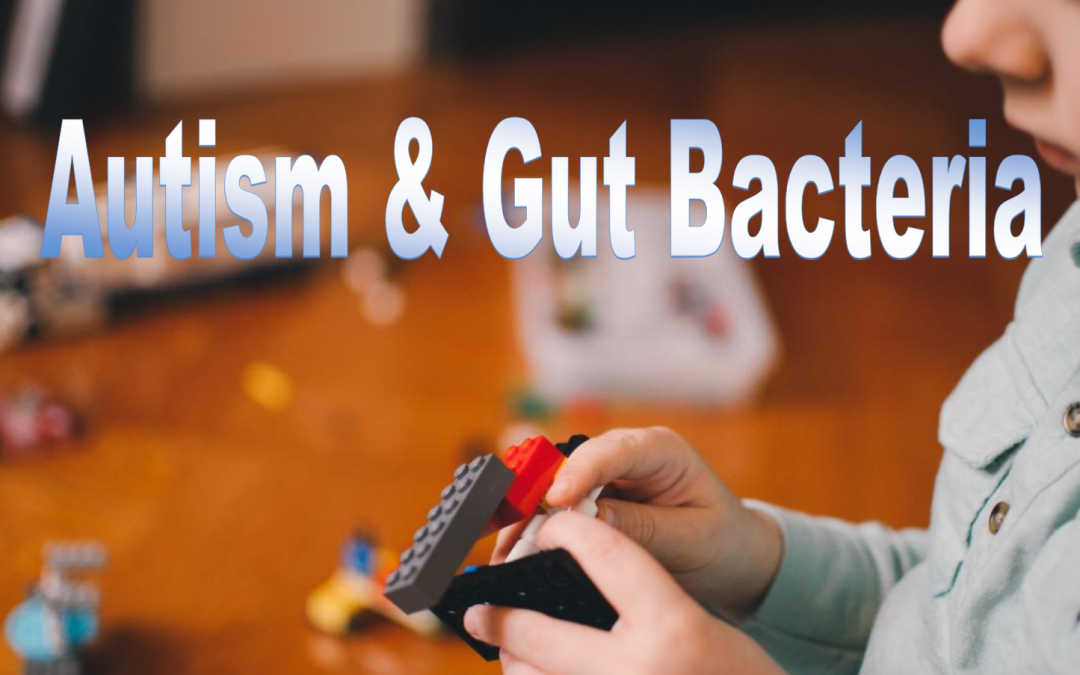 Researchers look at the link between gut bacteria and autism

New research looks to the gut microbiome to try to address some of the symptoms associated with autism, but this investigation comes with its own set of problems.

New research looks at the importance of gut bacteria in autism.

The National Institute of Neurological Disorders and Stroke explain that “[a]utism spectrum disorder (ASD) refers to a group of complex neurodevelopment disorders characterized by repetitive and characteristic patterns of behavior and difficulties with social communication and interaction.”

They also point out that specialists use the term “spectrum,” as autism is different in different individuals.

The condition can incorporate a “wide range of symptoms, skills, and levels of disability in functioning.”

Most people with autism receive the diagnosis during childhood and, according to the Centers for Disease Control and Prevention (CDC), around 1 in 59 children receive this diagnosis.

Studies involving autistic adult participants and their parents suggest that people on the spectrum can sometimes have a poorer quality of life.

However, the participants and their parents have reported various factors that contribute to these discrepancies in the quality of life.

Autistic adults have said that being in stressful situations and experiencing abuse such as bullying had the greatest impact on their well-being.

Meanwhile, their parents have focused on factors such as their children’s level of independence on a daily basis, as well as their level of physical health.

The CDC note that for those on the spectrum who experience issues such as depression, seizures, and lack of focus, there are drugs available that could help.

People on the autistic spectrum may also experience sensory sensitivity with different degrees of severity, engage in repetitive behaviors, and communicate differently on an interpersonal level.

According to the CDC, people who wish to minimize the effects of some of these characteristics can try different therapies, including speech, sensory integration, and occupational therapy.

Autism and the gut microbiome

This has led scientists from Arizona State University in Tempe to explore whether a fairly new form of therapy — microbiota transfer therapy (MTT) — can help solve gastrointestinal issues in autistic children. Also, they wanted to see whether this intervention could affect other autism markers.

MTT involves collecting, processing, and freezing the fecal material of healthy people, and then administering it — orally or rectally — to the person receiving the treatment. Thus, the healthy bacteria should re-establish a balance in the gut microbiome of the person experiencing gastrointestinal problems.

Researchers Dr. Rosa Krajmalnik-Brown and James Adams first ran a clinical trial to test this method a few years ago, and their results — published in 2017 in the journal Microbiome — suggested that MTT “appears to be a promising approach to alter the gut microbiome and improve [gastrointestinal] and behavioral symptoms of ASD.”

As for why children with autism have gastrointestinal problems, and why MTT seems to be effective in treating these, Krajmalnik-Brown says, “Kids with autism are lacking important beneficial bacteria, and have fewer options in the bacterial menu of important functions that bacteria provide to the gut than typically developing kids.”

However, the initial clinical trial only examined the effects of MTT 8 weeks after the treatment. Now, the researchers have conducted a follow-up study to see whether the new therapy would be as effective 2 years after its administration.

The study — the findings of which now appear in the journal Nature — involved the same 18 autistic children who participated in the former clinical trial.

The researchers received the parents’ and children’s written consent before enrolling the latter as participants in the new trial.

The researchers explain that at the start of the study, autistic children had poorer bacterial diversity in the gut, compared with neurotypical children with healthy and balanced microbiota.

More specifically, two beneficial bacterial strands — Bifidobacteria and Prevotella — were lacking in the microbiota of children on the spectrum.

As for the health effects, the children saw a 58 percent decline in symptoms tied to gastrointestinal problems. Also, the authors write that the children involved in this study showed “a slow but steady improvement in core ASD symptoms,” with a 45 percent improvement in measurements related to language, social interaction, and behavior.

According to Dr. Thomas Borody, the gastroenterologist who pioneered MTT, “This is a world-first discovery that when we treated the gut bacteria in these children during our clinical trial 2 years ago to reset their microbiome with [fecal microbiota transplant], positive results are still continuing to be improving 2 years from the original treatments.”

“I,” adds Dr. Borody, “would call it the highest improvement in a cohort that anyone has achieved for autism symptoms.”

Despite its success, the research does have limitations and ethical questions. As the study authors themselves admit, the results are based on a very small clinical trial with only 18 participants. So, further research is needed to replicate the findings.

“Drs. Krajmalnik-Brown, Kang, and I are excited about the results, but we want to caution the public that we need larger clinical trials for this to become an FDA-approved treatment,” notes Adams.

Also, although Arizona State University sponsored the clinical trial, some of the authors declare that they received research grants from the Finch Therapeutics Group, a private company that invests in clinical trials focused on developing microbial therapies.

Aside from these research-related issues, there are also ethical issues present — most prominently, the question as to whether the behavioral aspects of ASD are “symptoms” or a natural feature of neurodiversity.

Many members of the autistic community would argue for the latter. As the Autistic Self Advocacy Network state in relation to their position about clinical therapy and medical care in autism:

“Healthcare disparities need to be remedied and beneficial therapies made more widely available; however, the use of scientifically unproven treatments and those that focus on normalization rather than teaching useful skills should be discouraged.”