Researchers Identify Epilepsy-Linked Genes That Could Lead to Better Therapies 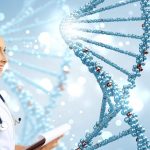 Researchers have identified a network of 320 genes in the brain that are linked to epilepsy — a finding that could help address genetic anomalies that lead to the condition.

In about 25 percent of cases, epilepsy has a clear cause, such as a head trauma or stroke. But most cases are the result of a genetic anomaly, researchers said in the study “Rare And Common Epilepsies Converge On A Shared Gene Regulatory Network Providing Opportunities For Novel Antiepileptic Drug Discovery.” It was published in the journal Genome Biology.

Brain cells communicate by sending electrical signals in an orderly pattern. In epilepsy, gene mutations make the signals abnormal, giving rise to an “electrical storm” that produces seizures. Identifying the mutations was a crucial step toward developing better therapies, the researchers said.

“Epilepsy is one of the most common serious neurological diseases worldwide,” Dr. Michael Johnson, senior author of the study, said in a news release. “Yet despite almost 30 different drugs licensed for the condition, a third of people with epilepsy continue to suffer from uncontrolled epileptic seizures – despite taking medication.”

“But the discovery of this network of genes linked to epilepsy opens avenues for finding new treatments,” he said. “This uses an approach that is entirely different to the past 100 years of anti-epilepsy drug development.”

Researchers used computations that integrated data from healthy human and mice brains to identify the network of genes involved in neuronal communication. They dubbed the network M30.

When the network malfunctions, it triggers epilepsy, so finding compounds that restore the network’s proper activity could lead to new treatments, Johnson said.

The team then investigated which treatments could restore the genes’ proper activity. An analysis of 1,300 medications indicated that valproic acid, a known epilepsy treatment, could do the job.

Researchers also examined non-traditional treatments, such as withaferin A, a plant-derived molecule that has been used in Indian medicine for epilepsy and other conditions.

“Until recently we have been looking for individual genes associated with diseases, which drug companies then target with treatments,” Johnson said. “However, we are increasingly aware that genes don’t work in isolation. Identifying groups of genes that work together, and then targeting these networks of genes, may lead to more effective treatments.

“Our proof of concept study suggests this network biology approach could help us identify new medications for epilepsy, and the methods can also be applied to other diseases.”