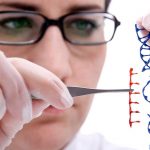 “After discovering the disease-causing mutation in two children, we were able to apply basic science research to understand exactly how the DNA change impairs cellular functions,” said study leader Marni J. Falk, MD, a clinical geneticist and director of the Mitochondrial Disease Clinical Center at The Children’s Hospital of Philadelphia (CHOP). “We were fortunate to be able to translate those biological insights to select drugs available for other indications that we could repurpose to treat a child’s life-threatening seizures.”

Falk and colleagues from CHOP, the Perelman School of Medicine at the University of Pennsylvania, Emory University, the University of Pittsburgh, and centers in Germany and Austria published their study online Sept. 8 in the American Journal of Human Genetics. The co-authors included clinical geneticists, genetic counselors, bioinformaticians, neurologists and basic scientists.

The scientists studied two unrelated children, one in Philadelphia, the other in Europe, who had severe epileptic encephalopathy—a condition of frequent, intractable seizures, linked to neurodevelopmental disabilities. By sequencing the exome (protein-coding sections of DNA) in one patient and completing a candidate gene panel analysis in the other, they identified a recurrent mutation in GRIN2D, a gene not previously known to harbor disease-causing mutations. In both children, the mutation was de novo, appearing in the patients but not present in their parents.

The scientists’ cell studies, performed by neuroscience researchers at Emory University and the University of Pittsburgh, showed that the identified GRIN2D mutation caused an ion channel to remain open too long, allowing excess electrical signals to kill neurons in cell culture. Other lab studies investigated agents that block NMDAR signaling, and suggested a possible therapy to the researchers—an existing oral medication called memantine, already approved for patients with Alzheimer’s disease, but not normally used to treat epilepsy.

The researchers treated both children with memantine, which led to some developmental improvements and modest reductions of their seizures. While the Philadelphia patient initially responded well, she began to deteriorate over a period of several years, as her seizures returned and worsened. Ultimately, she became severely ill and had to be placed in an induced coma in the hospital’s intensive care unit for a period of months.

Two pediatric neurologists at CHOP, Eric D. Marsh, MD, PhD, and Xilma R. Ortiz-Gonzalez, MD, PhD, scrutinized the laboratory data obtained from animal cells, and concluded that a combination of magnesium and ketamine, an NMDAR antagonist, might be effective in this patient. Neither drug was considered a standard treatment for epilepsy, but they produced dramatic improvements, bringing her out of the repeated nonconvulsive seizures she had been suffering, and allowing her to regain some developmental skills.

“Much more work, including randomized clinical trials, remains to be done to learn whether therapies such as these, targeted to a specific gene disorder can be applied to other patients with similar subtypes of epilepsy,” said Falk. “However, our study demonstrates that pursuing functional studies to validate and explore the significance of specific gene mutations is essential to begin to identify precise treatments for otherwise intractable neurodevelopmental disease. Genomic analyses, tied to functional studies and embracing multidisciplinary collaborations that bring together diverse domains of necessary expertise, are essential to advance toward precision medicine in complex pediatric disorders.”