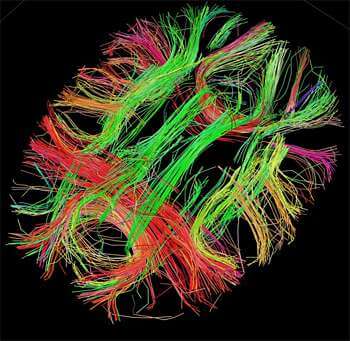 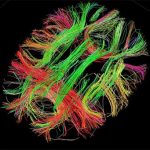 Brain waves that spread through the hippocampus are initiated by a method not seen before—a possible step toward understanding and treating epilepsy, according to researchers at Case Western Reserve University.

The researchers discovered a traveling spike generator that appears to move across the hippocampus—a part of the brain mainly associated with memory—and change direction, while generating brain waves. The generator itself, however, produces no electrical signal.
“In epilepsy, we’ve thought the focus of seizures is fixed and, in severe cases, that part of the brain is surgically removed,” said Dominique Durand, Elmer Lincoln Lindseth Professor in Biomedical Engineering at Case School of Engineering and leader of the study. “But if the focus, or source, of seizures moves—as we’ve described—that’s problematic.”

The findings, in the Journal of Neuroscience, builds on Durand’s work published late last year, identifying brain waves that appear to be spread through a mild electrical field—not the known transmissions through synapses, diffusion or gap junctions.
The speed of the waves most closely match those found in epilepsy and in healthy sleep and theta waves, which are thought to help form memories.

Working from the same data that revealed the brain waves, the team found the source was also moving too slow for synaptic transmission and a little too fast for diffusion.

The engineers estimate the size of the source is 300 to 500 micrometers in diameter. It appears to generate spikes all around its periphery, but the source moves nearly 100 times slower than the spikes.

“The source is like a moving car with pulsing lights,” Durand said.

To find the source of the waves, the team tracked spikes propagating through an unfolded rat hippocampus. They used a penetrating microelectrode array of 64 electrodes arranged in a grid on the tissue, to record the activity.
The delay between the initial spike and the peaks recorded along consecutive electrodes in the grid was measured in milliseconds.
By inserting time values surrounding those recorded by each of the electrodes, the researchers refined the grid to include a total of 256 points or pixels.

Using this data, the researchers created an isochrone map—a map of lines connecting locations where a given spike arrived at the same time. The maps look something like topographical maps, but instead of showing elevations, the lines show the wave fronts as they spread over time.

The source of each wave propagation was estimated to be the geometric center of the electrodes that recorded the first neural firing at maximum amplitude.

Each brain wave appeared to have a slew of sources, firing it along either from the temporal region toward the septal or vice versa.
The team applied Doppler effect equations to the frequency of spikes in front and behind the source. Like the direct observations, the results strongly indicate the sources are moving smoothly across the hippocampus.
When a source reached the hippocampus edge, it started in the opposite direction, which may explain observations by others that waves moving in opposite directions have been found in the same brain tissue at the same time.
Digging deeper

Durand’s lab is trying to understand how a source that moves without diffusion can move without electricity and generate electrical spikes.
The team is also trying to understand what these non-synaptic events do and whether they are relevant to processing neural activity. Because the speed of these waves is close to the speed of sleep and theta waves, the researchers speculate they may be involved in consolidating memory.

If the phenomenon is relevant to epilepsy, it may provide a target for therapies. “Can we block the spikes without blocking the source?” Durand asked.

The lab is now developing new neural imaging methods to better track sources and learn how they propagate spikes.