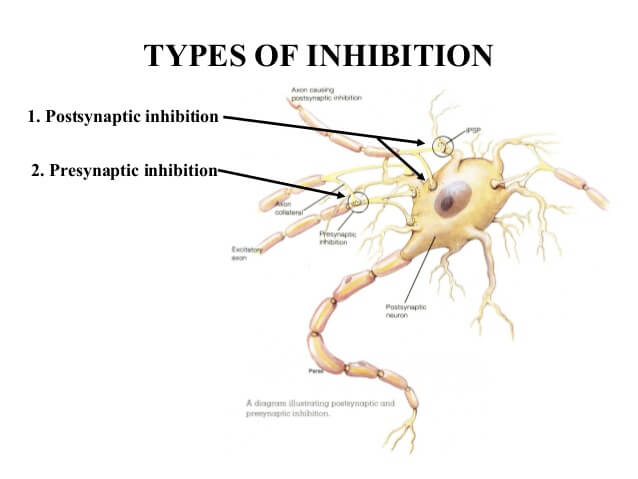 Researchers at UC San Francisco have discovered a previously unknown mass migration of inhibitory neurons into the brain’s frontal cortex during the first few months after birth, revealing a stage of brain development that had previously gone unrecognized. The authors hypothesize that this late-stage migration may play a role in establishing fundamentally human cognitive abilities and that its disruption could underlie a number of neurodevelopmental diseases.

Most neurons of the cerebral cortex – the outermost layer of the brain responsible for advanced cognition – migrate outward from their birthplaces deep in the brain to take up their positions within the cortex. Developmental neuroscientists have long thought that most neural migration ends well before an infant is born, but the new paper — published October 6, 2016 in Science — suggests for the first time that many neurons continue to migrate and integrate into neural circuits well into infancy.

“The dogma among developmental neuroscientists was that after birth all that was left was the fine wiring and pruning,” said Mercedes Paredes, MD, PhD, an assistant professor of neurology at UCSF and leader of the new study. “These results suggest there’s a whole new phase of human brain development that we had never noticed before.” 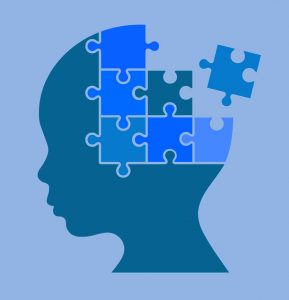 The new study was a collaboration between the labs of co-senior authors Arturo Alvarez-Buylla, PhD, a UCSF professor of neurological surgery who specializes in understanding the migration of immature neurons in the developing brain, and in whose lab Paredes is a postdoctoral researcher, and Eric J. Huang, MD, PhD, a professor of pathology and director of the Pediatric Brain Tissue Bank at the UCSF Newborn Brain Research Institute.

The team examined brain tissue from the Pediatric Brain Tissue Bank using histological stains for migratory neurons. These studies revealed clusters of immature, migratory neurons widely distributed deep within the frontal lobe of the newborn brain, above the fluid-filled lateral ventricles. MRI imaging of the three-dimensional structure of these clusters revealed a long arc of migratory neurons sitting like a cap in front and on top of the ventricles and stretching from deep behind the eyebrows all the way to the top of the head.

“Several labs had observed that there seemed to be many young neurons around birth along the ventricles, but no one knew what they were doing there,” said Paredes. “As soon as we looked closely, we were shocked to discover how massive this population was and to find that they were still actively migrating for weeks and weeks after birth.”
To determine whether these immature neurons – which the researchers dubbed “the Arc” – actively migrate in the newborn brain, researchers used viruses to label immature neurons in tissue samples collected immediately after death and observed that Arc cells move inch-worm style through the brain, much as neurons migrate in the fetal brain.

Further histological studies of the cingulate cortex, a portion of the brain’s frontal lobe, show that Arc neurons migrate outward from the ventricles into the cortex primarily within the first three months of life, where they differentiate into multiple different subtypes of inhibitory neurons.

“It is impressive that these cells can find their way to precise positions within the cortex,” said Alvarez-Buylla. “Earlier in fetal development the brain is much smaller and the tissue far less complicated, but at this later stage it is quite a long and treacherous journey.” 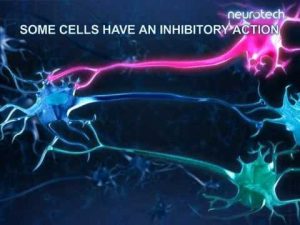 Inhibitory neurons, which use the neurotransmitter GABA, make up about 20 percent of the neurons in the cerebral cortex and play a vital role in balancing the brain’s need for stability with its ability to learn and change. Imbalanced excitation and inhibition — particularly in circuits of the frontal lobe of the brain, which are involved in executive control — have been implicated in many neurological disorders, from autism to schizophrenia.

The new research suggests that inhibitory circuits in humans develop significantly later than previously realized. This postnatal migration is much larger than what is seen in mice and other mammals, the authors say, suggesting that it may be an important developmental factor behind the uniqueness of the human brain.

The first months of life, when an infant first begins to interact with its environment, is a crucial time for brain development, Huang said. “The timing of this migration corresponds very well with the development of more complex cognitive functions in infants. It suggests that the arrival of these cells could play a role in setting up the basis for complex human cognition.”

The researchers plan to follow up their study by exploring whether this migration of inhibitory neurons from the Arc to the cortex might be affected in the brains of children with neurological disorders such as autism, which has previously been associated with abnormal inhibitory circuitry in the frontal cortex.

“Trying to understand what makes human brain development so unique was what drove me to tackle this research,” said Paredes, who works with patients with epilepsy in her clinical practice. “If we don’t understand how our brains are built, we won’t be able to understand what is going wrong when people suffer from neurological disease.”