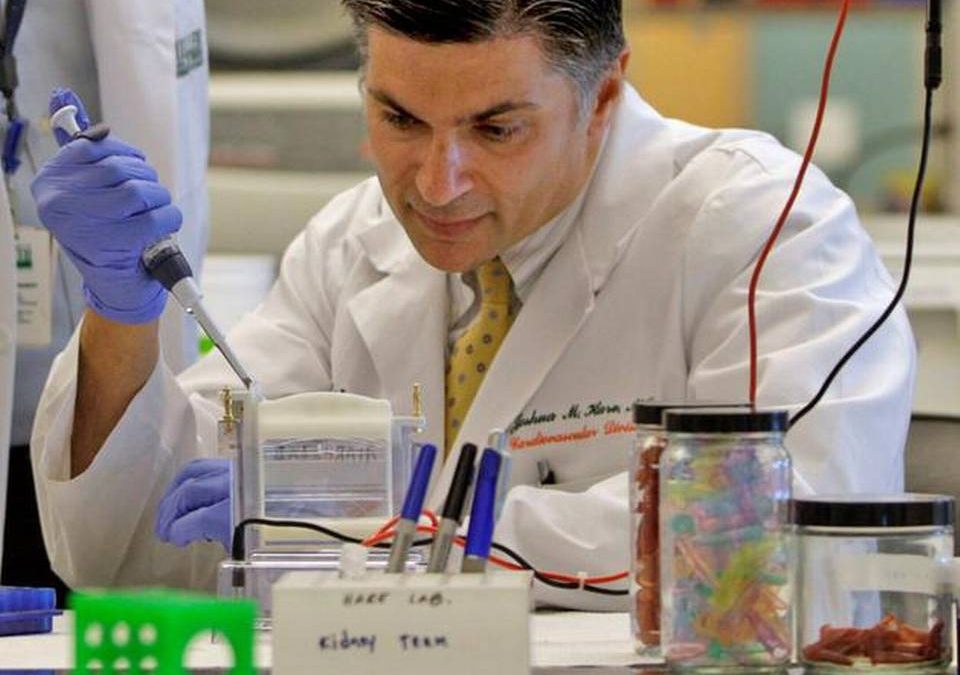 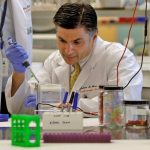 Researchers at Massachusetts Eye and Ear/Harvard Medical School and Boston University have successfully shown neuroprotection in a Parkinson’s mouse model using new techniques to deliver drugs across the naturally impenetrable blood-brain barrier. Their findings, published in Neurosurgery, lend hope to patients around the world with neurological conditions that are difficult to treat due to a barrier mechanism that prevents approximately 98 percent of drugs from reaching the brain and central nervous system.

“We are developing a platform that may eventually be used to deliver a variety of drugs to the brain,” said senior author Benjamin S. Bleier, M.D., of the department of otolaryngology at Mass. Eye and Ear/Harvard Medical School. “Although we are currently looking at neurodegenerative disease, there is potential for the technology to be expanded to psychiatric diseases, chronic pain, seizure disorders and many other conditions affecting the brain and nervous system down the road.”

Using nasal mucosal grafting, researchers delivered glial derived neurotrophic factor (GDNF), a therapeutic protein in testing for treating Parkinson’s disease, to the brains of mice. They showed through behavioral and histological data capture that their delivery method was equivalent to direct injection of GDNF – the current gold standard for delivering this drug in Parkinson’s disease despite its traumatic nature and high complication rates – in diffusing drugs to the brain.

The researchers chose to test their delivery method with GDNF because the therapy has been shown to delay and even reverse disease progression of Parkinson’s disease in pre-clinical models. The study was funded by The Michael J. Fox Foundation for Parkinson’s Research (MJFF).

“Brain diseases are notoriously difficult to treat due to the natural protections the body builds against intrusion,” said Jamie Eberling, PhD, senior associate director of MJFF research programs. “Dr. Bleier’s group has identified a potential avenue to pass that barrier, and we look forward to the next stage of research to further test its utility in people with Parkinson’s disease .”

Nasal mucosal grafting is a technique regularly used in the ENT field to reconstruct the barrier around the brain after surgery to the skull base. ENT surgeons commonly use endoscopic approaches to remove brain tumors through the nose by making a window through the blood-brain barrier to access the brain. Once they have finished the treatment, they use adjacent nasal lining to rebuild the hole in a permanent and safe way. The safety and efficacy of these methods have been well established through long-term clinical outcomes studies in the field, with the nasal lining protecting the brain from infection just as the blood brain barrier has done.

Dr. Bleier saw an opportunity to apply these techniques to the widespread clinical dilemma of delivering drugs across the barrier to the brain and central nervous system. By functionally replacing a section of the blood-brain barrier with nasal mucosa, which is more than 1,000 times more permeable than the native barrier, surgeons may create a “screen door” to allow for drug delivery to the brain and central nervous system.

The technique has the potential to benefit a large population of patients with neurodegenerative disorders, where there remains a specific unmet need for blood-brain penetrating therapeutic delivery strategies.

“We see this expanding beyond Parkinson’s disease, as there are multiple diseases of the brain that do not have good therapeutic options,” Dr. Bleier said. “It is a platform that opens doors for new discovery and could enable drug development for an underserved population.”

Drugs used to treat a variety of central nervous system diseases may be administered through the nose and diffused through an implanted mucosal graft (A, in red) to gain access to the brain. Under normal circumstances, there are multiple layers within the nose that block the access of pharmaceutical agents from getting to the brain including bone and the dura/arachnoid membrane, which represents part of the blood-brain barrier (B). After endoscopic skull base surgery (C), all of these layers are removed and replaced with a nasal mucosal graft, which is 1,000 times more porous than the native blood-brain barrier. Consequently, these grafts may be used to deliver very large drugs, including proteins, which would otherwise be blocked by the blood-brain barrier.
Credit: Garyfallia Pagonis and Benjamin S. Bleier, M.D.