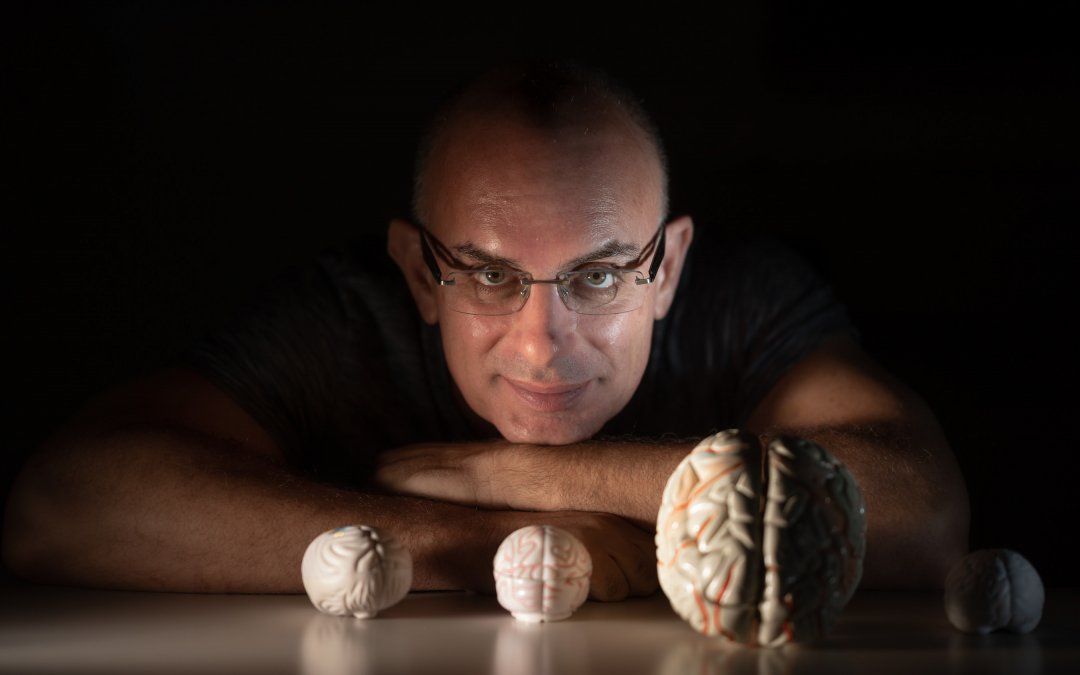 The system, based on machine learning algorithms for analyzing EEG signals, can predict upcoming seizures up to an hour prior to onset

NeuroHelp, a newly founded startup that licensed and is developing the technology, is a portfolio company of Oazis accelerator, formed by the Yazamut360 entrepreneurship center of Ben-Gurion University.

Researchers at Ben-Gurion University of the Negev (BGU) developed Epiness™, a new, first of its kind device for detecting and predicting epileptic seizures based on proprietary machine-learning algorithms. The wearable device can generate an advanced warning about an upcoming seizure that will be sent to a smartphone up to an hour prior to its onset. The system was out-licensed for further development and commercialization to NeuroHelp, a startup company that was recently founded by BGN Technologies, the technology transfer company of BGU and Dr. Oren Shriki, the Department of Cognitive and Brain Sciences at BGU and NeuroHelp’s scientific founder.

Epilepsy is a highly pervasive, and at times debilitating neural disease. Up to 30% of patients do not adequately respond to anti-epileptic drugs and live under constant fear of impending seizures. For such patients, a viable seizure prediction device could offer a substantial improvement in quality of life, enabling them to avoid seizure-related injuries. Current seizure alarm devices can detect a seizure in real time but are unable to provide advanced warnings of impending seizures.

Epiness is a seizure prediction and detection device that is based on a new, ground-breaking combination of EEG-based monitoring of brain activity together with proprietary machine-learning algorithms. The device combines a wearable EEG device with state-of-the-art software that minimizes the number of necessary EEG electrodes and optimizes electrode placement on the scalp. The sophisticated machine-learning algorithms are designed to filter noise that is not related to brain activity, extract informative measures of the underlying brain dynamics, and distinguish between brain activity before an expected epileptic seizure and brain activity when a seizure is not expected to occur.

“Epileptic seizures expose epilepsy patients to various preventable hazards, including falls, burns and other injuries,” said Dr. Oren Shriki. “Unfortunately, currently there are no seizure-predicting devices that can alert patients and allow them to prepare for upcoming seizures. We are therefore very excited that the machine-learning algorithms that we developed enable accurate prediction of impending seizures up to one hour prior to their occurrence. Since we have also shown that our algorithms enable a significant reduction in the number of necessary EEG electrodes, the device we are developing is both accurate and user friendly. We are currently developing a prototype that will be assessed in clinical trials later this year.”

“Epilepsy that is not adequately controlled by medication is prevalent, amounting up to 30% of epilepsy cases, and therefore, an accurate, easy to use seizure predicting device is a highly necessary unmet medical need,” stated Dr. Hadar Ron, Chairperson of NeuroHelp. “Current seizure alert devices can detect seizures while they are happening, and most of them depend on changes in movement, such as muscle spasms or falls. Epiness is unique in that it can predict an upcoming seizure and allow the patients and their caretakers to take precautionary actions and prevent injuries. It is also the only device that is based on brain activity rather than muscle movements or heart rate. We are confident that Epiness will be a valuable tool in the management of drug-resistant epilepsy.”

Josh Peleg, CEO of BGN Technologies, the technology transfer company of BGU, added, “NeuroHelp, a spin-off of BGN Technologies, was recently founded as part of BGU’s Oazis accelerator, formed by the Yazamut360 entrepreneurship center of BGU, to further develop and commercialize their innovative solution for the benefit of people suffering from epilepsy. Earlier this month, NeuroHelp won first prize in the SiliconNegev startup competition, an important recognition of the outstanding potential of this technology, which is based on a unique combination of brain research and artificial intelligence knowhow developed at Dr. Shriki’s laboratory.”

The new algorithm was developed and tested using EEG data from a large dataset of people with epilepsy that were monitored for several days prior to surgery. The patient data were divided into short segments that were either preictal (pre-seizure) or inter-ictal. Several machine learning algorithms with differing complexities were trained on pre-allocated training data (comprising 80% of the initial EEG data), and their prediction performance as well as electrode-dependent performance was assessed on the remaining 20% of the data. The algorithm with the best prediction performance reached a 97% level of accuracy, with near optimal performance maintained (95%) even with relatively few electrodes.

Epilepsy is a chronic noncommunicable disease of the brain that affects around 65 million people worldwide. It is characterized by recurrent seizures, which are brief episodes of involuntary movement that may involve a part of the body (partial) or the entire body (generalized) and are often accompanied by loss of consciousness and control of bowel or bladder function. Seizure episodes are a result of excessive electrical discharges in a group of brain cells. Different parts of the brain can be the site of such discharges. Seizures can vary from the briefest lapses of attention or muscle jerks to severe and prolonged convulsions. Seizures can also vary in frequency, from less than 1 per year to several per day.