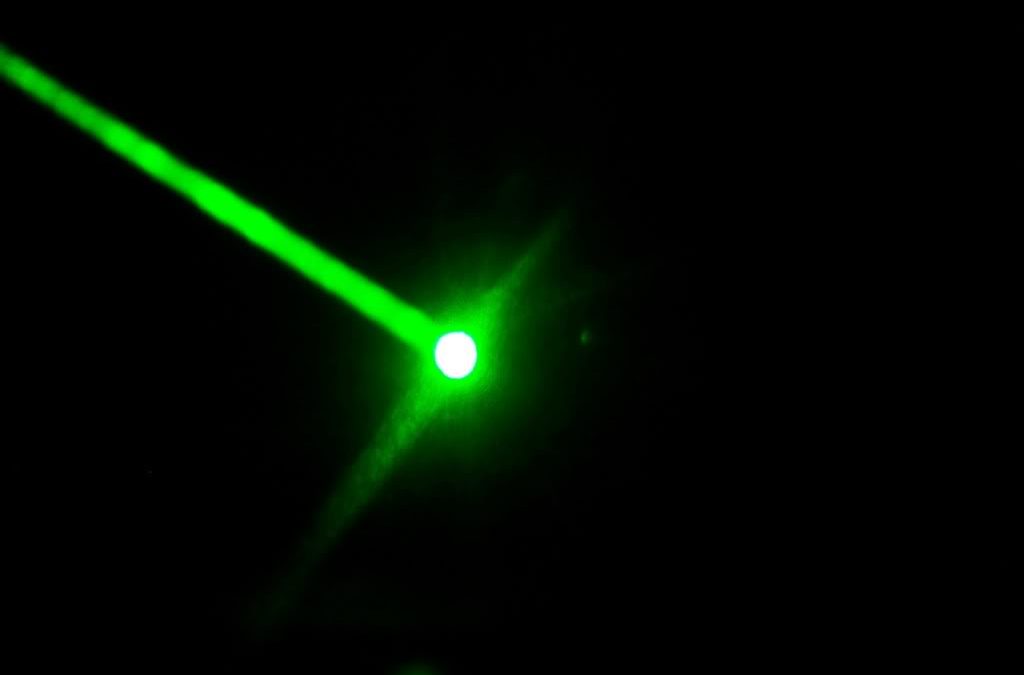 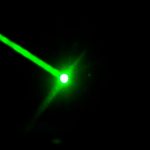 A University of Wyoming faculty member is part of a research team that created a method, using laser, to better decode complex neural circuits in the brain—a process that eventually may help unlock the mysteries of epilepsy, autism spectrum disorder and Alzheimer’s in humans.

“This method can open up the possibilities with high resolutions of cells that are located far apart” in the brain, says Qian-Quan Sun, an assistant professor in the UW Department of Zoology and Physiology and the Neuroscience Program. “When we shine the (laser) light, we can study the connections. With mice, we’re looking at autism spectrum disorder and epilepsy.” 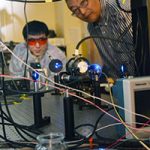 Qian-Quan Sun (right), a UW assistant professor of zoology and physiology, and Weiguo Yang, a graduate student in the Neuroscience Program, check lasers during an experiment on the brain tissue of mice. Credit: UW

Sun theorizes that, in a diseased state, neuron circuits in the brain are “hijacked and undergo abnormal changes.” But, before his protocol method, there was no way to create high spatial resolution of light stimulation to pinpoint connections of brain tissue located far apart.

“My method reduces the resolution to around 10 micrometers, which is less than the size of one single neuron,” he says. “Before, the resolution was more like 5 millimeters. (As an analogy), we can now study the tip of the tree rather than the bottom of the tree.”

Sun co-wrote a paper, titled “An Optogenetics and Imaging-Assisted Simultaneous Multiple Patch-Clamp Recording System for Decoding Complex Neural Circuits,” that appeared in this month’s print issue of Nature Protocols and its online version during February. The journal reports laboratory protocols or methodologies that have been developed by and for researchers.

The Nature Protocols paper was the result of its editors showing interest in other papers Sun wrote that previously appeared in The Journal of Physiology and Public Library of Science (PLOS) One. Those papers focused on an optogenetic “laserspritzer,” a piece of equipment that Sun developed in his lab to measure synaptic connections between brain neurons. In 2014, Sun’s lab received three National Institutes of Health grants worth $1.2 million to develop and use the laser technology to unravel the neural circuit properties associated with epilepsy.

“The main story in Nature Protocols was to create simultaneous octuple recordings of brain tissue,” Sun says. “Brain tissue slices of mice were used. It can be applied to other model organisms, such as zebra fish and the fruit fly.”

Defining neuronal circuitry is central to understanding brain function and dysfunction. Yet, it remains a daunting task. Sun’s lab and research focus on the cerebral cortex, where cognitive behavior in the brain is learned.

“Understanding the cortex has been hindered by the fact that the circuitry of the brain is so complex,” Sun says. “The long-range connections, those farthest apart in the brain, are the most complex. Because the neurons are very far apart, there previously was no way to study the connections between the far synaptical neurons.”

The laser technology, or “laserspritzer” approach, that Sun developed can be used to selectively activate synaptic connections between specific neurons. A high-resolution circuit diagram provides detailed information at the sub-cellular levels of brain tissueslices.

“We can look at a normal mouse and one with epilepsy. We can look at the neural connections,” says Sun, who thinks epilepsy in mice is connected to sleep/wake cycles. “Without these protocols, the connections are like a black box.”

Sun is optimistic his protocols will be used by other researchers due, in part, to their low cost. Sun stressed it would not require high start-up costs in equipment.

“Once you have a protocol, hopefully more labs will use this protocol to help their research. Other colleagues called me and thanked me that they could now use this,” Sun says. “I see this as the greater contribution than making progress on my own work.”