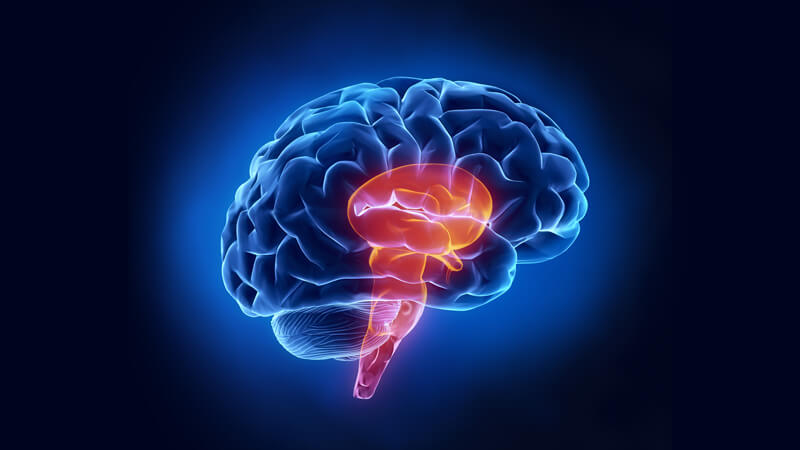 The research, published online May 30 in Neurology, is the first to investigate how epilepsy affects the ascending reticular activating system (ARAS)—circuitry that is responsible for regulating wakefulness—within the brainstem. Functional magnetic resonance imaging revealed that ARAS disruptions occurred, with decreases in circuitry being quantitatively associated with disease severity.
“Seizures do not start in areas deep below the surface of the brain called subcortical nuclei,” said Englot, the study’s lead author and assistant professor of Neurological Surgery, Radiology and Radiological Sciences and Biomedical Engineering. “So these areas are not often studied in epilepsy. But we think that problems develop in some deep subcortical circuits that may contribute to some of the unexplained global brain problems in temporal lobe epilepsy, including progressive neurocognitive problems and problems with arousal that can’t be explained by problems in the temporal lobe.”

The temporal lobe is responsible for memory and verbal skills. Some neurocognitive problems that epilepsy patients experience after a history of repeated seizures, such as trouble maintaining attention and concentrating on tasks, as well as executive function, are not associated with the temporal lobe.

“More and more, we’re learning that epilepsy is a disease affecting widespread brain networks, not just the temporal lobe,” Englot said. “There are a lot of other networks. There have been other studies that show that connectivity in the brain is abnormal in epilepsy. But when researchers look at connectivity, typically they are looking in the temporal lobe and areas of the cortex, and they rarely look at the brainstem.”

The study compared 26 patients with temporal lobe epilepsy to 26 people without an epilepsy diagnosis. They were matched according to age, sex and left or right handedness for comparisons. The tests were conducted at the Vanderbilt University Institute for Imaging Science. The results revealed specific connections between individual ARAS nuclei and other brain regions that were altered in patients. These alterations were closely related to neuropsychological and disease-related factors.

The research is important because many epilepsy patients whose seizures cannot be controlled by medication or established surgical interventions suffer repeated debilitating episodes and decreased quality of life. A relatively new treatment, responsive neurostimulation that was approved by the U.S. Food and Drug Administration in 2013, is another alternative that has benefited epilepsy patients.

“This study offers clues about clinical problems suffered in epilepsy that are often difficult to explain,” Englot said. “It’s an impetus to get treated sooner rather than let seizures continue to damage brain networks. Many patients can be candidates for surgery to stop seizures, and there are also new technologies coming out that involve stimulation of the brain or laser ablation that are minimally invasive. If we can understand the networks that go awry in epilepsy, we could potentially identify new targets for treatment to improve patients’ function and quality of life.”