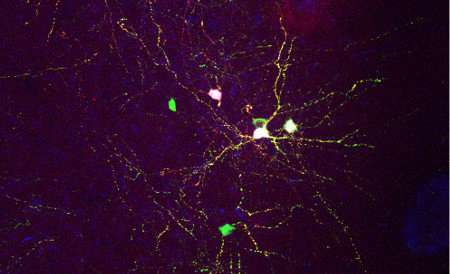 Research reveals how brains develop the right mix of cells

Scientists have discovered a mechanism that controls the mix of cells in the developing brain, which could help us to understand and treat conditions such as epilepsy.

Broadly speaking, our brains contain two types of nerve cells or ‘neurons’: excitatory neurons, which increase activity in other neurons, and inhibitory interneurons, which dampen activity between neurons. The balance between the two forces of excitation and inhibition is thought to be critical for maintaining stable activity in healthy brains, and the disruption of this balance has been implicated in epilepsy, schizophrenia, intellectual disability and autism spectrum disorders.

“We knew that interneuron numbers were controlled by cell death, but until now we didn’t know how it happened,” explains Dr. Vassilis Pachnis, senior author of the paper from the Francis Crick Institute. “We found that neuron activity itself regulates the survival of inhibitory interneurons, which could help us to better treat conditions such as epilepsy.”

Taking genetic approaches that allowed them to modulate the number of interneurons in the brain, the team found that the process of cell death was remarkably malleable and could actually be controlled by network activity itself: higher levels of activity rescued interneurons from death.

“This is an elegant way of precisely controlling interneuron numbers in the brain,” says co-lead author Guilherme Neves, from the Centre for Developmental Neurobiology and the MRC Centre for Neurodevelopmental Disorders at King’s College London. “We propose a simple mechanism that helps maintain how a stable ratio of excitation and inhibition emerges in the developing nervous system: increased activity leads to an increase in the number of inhibitory interneurons by reducing their naturally occurring cell death.”

The team also used an emerging technology called chemogenetics to influence neuron activity and advanced cell grafting techniques to transplant interneurons into the brains of mice. They found that more grafted interneurons survived when activity was increased. “The increased survival of transplanted interneurons with increased levels of intrinsic activity could be exploited as a potential therapeutic approach for the treatment of brain disorders such as epilepsy,” says first author Dr. Myrto Denaxa, former member of Vassilis’ team at the Crick and currently group leader at BSRC, Alexander Fleming Institute in Athens.