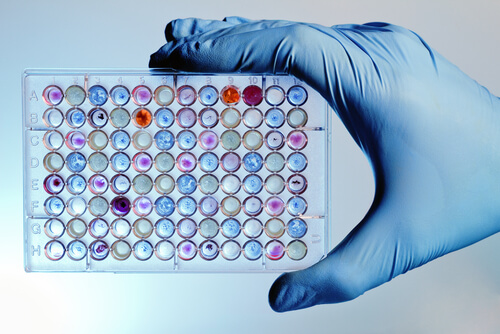 Approximately 2.9 million people in the United States suffer from epilepsy, according to the CDC. For patients living with this diagnosis and their doctors it is often difficult to predict the onset or progression of chronic seizures. Thanks to a newly published study from the University of Colorado Skaggs School of Pharmacy and Pharmaceutical Sciences at the Anschutz Medical Campus, that may be changing.

The study, led by Drs. Manisha Patel and Li-Ping Liang of the University of Colorado Anschutz Medical Campus, was recently published in Redox Biology, a journal of the Society for Redox Biology and Medicine (SFRBM).

The study was designed to determine if the ratio of reduced and oxidized forms of an amino acid, cysteine and cystine respectively, could serve as an accurate biomarker to predict the onset or progression of seizures associated with epilepsy. Using a rat model, it was determined that decreased cysteine/cystine ratio in plasma may serve as a redox biomarker in epilepsy.

Specifically, seizures were chemically-induced in rats, which were then monitored closely for behavioral changes. Plasma was then taken from the rats 48 hours and 12 weeks after treatment to mimic acute and chronic epileptic conditions. It was found that cysteine/cystine ratio was an accurate redox biomarker for epilepsy. Plasma cysteine/cystine was reduced over 60% in rats with acute epileptic responses and over 37% in rats with chronic epilepsy. Interestingly, cysteine/cystine ratio was unaltered in rats also treated with an antioxidant known to prevent epileptic brain injury.

“Currently the field of epilepsy lacks peripheral blood-based biomarkers that could predict the onset or progression of chronic seizures following an epileptogenic injury,” said Dr. Manisha Patel a professor at the University of Colorado School of Pharmacy and SFRBM member. “We are confident that this study is a significant step toward changing this, and will one day help those living with temporal lobe epilepsy.”

The overarching theme of research in Dr. Patel’s laboratory is to understand the role of redox and metabolic mechanisms in epilepsy. Her laboratory has provided compelling evidence for the role of reactive species and mitochondrial dysfunction in animal models of epilepsy. Furthermore, her research has identified reactive species as novel targets for co-morbidities of epilepsy.

Since its inception in 1911, the University of Colorado Skaggs School of Pharmacy and Pharmaceutical Sciences has experienced numerous milestones and is ranked in the top 20 percent of all schools of pharmacy in the country, and fourth in the nation for total NIH funding. Committed to pharmaceutical education, research and patient care, the School educates students in the properties of medicinal agents, the biology of disease, the actions of drugs, and best practices for clinical and therapeutic uses of drugs. Located at the Anschutz Medical Campus, the University of Colorado is the only completely new education, research and patient care facility in the nation today.

Disclaimer: AAAS and EurekAlert! are not responsible for the accuracy of news releases posted to EurekAlert! by contributing institutions or for the use of any information through the EurekAlert system.