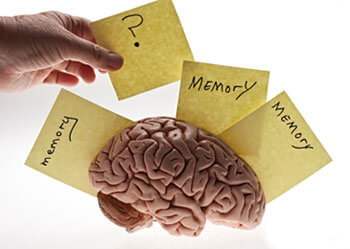 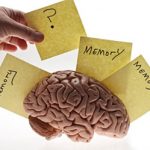 Between seizures and continually, brain cells in epileptic patients send signals that make “empty memories,” perhaps explaining the learning problems faced by up to 40 percent of patients. This is the finding of a study in rats and humans led by researchers at NYU Langone Medical Center and published April 25 in Nature Medicine.

“Our study sheds the first light on the mechanisms by which epilepsy hijacks a normal brain process, disrupting the signals needed to form memories,” says study lead author and NYU Langone pediatric neurologist Jennifer Gelinas, MD, PhD. “Many of my patients feel that cognitive problems have at least as much impact on their lives as seizures, but we have nothing to offer them beyond seizure control treatments. We hope to change that.”

The study results revolve around two brain regions, the hippocampus and cortex, shown by past studies to exchange precise signals as each day’s experiences are converted into permanent memories during sleep. The study authors found that epileptic signals come from the hippocampus, not as the part of normal memory consolidation, but instead as meaningless commands that the cortex must process like memories.

Study rats experiencing such abnormal signals had significant difficulties navigating to places where they had previously found water. Furthermore, the degree of abnormal hippocampal-cortical signaling in study animals tracked closely with the level of memory impairment.

The study also looked at data from epilepsy patients that had their brain signals monitored as part of surgery preparation. Researchers found that rats and humans with epilepsy experienced similar, abnormal hippocampal discharges between seizures that resembled but out-competed normal memory-forming communication between brain regions.

Given the tens of milliseconds delay observed between hippocampus signals and the response from the cortex, researchers see a time window during which an implanted device might interrupt disease-related signals, and have launched a related design effort.

Senior author of the Nature Medicine study and NYU Langone neuroscientist Gyorgy Buzsaki, PhD, had established, starting in 1989, the theory that memories form in two stages: one while awake and another where we replay the day’s events during sleep.

As the latest step in that work, Buzsaki also led a study published in the journal Science last month that explained key mechanisms behind hippocampal-cortical memory consolidation.

Countering the idea most neurons (nerve cells) contribute equally as memories form, his team found that a few strongly active “rigid” neurons perform the same way before and after experiences; while a second set of rarely contributing “plastic” neurons behave differently before and after opportunities for memory consolidation.

“We seem to have evolved with both a stable template of neurons that process what is the same about the things we encounter, and a second group that can learn with new experiences,” says Buzsaki. “This new understanding of memory consolidation made possible our insights into epilepsy.”

Buzsaki has shown that the hippocampus processes information in rhythmic cycles, with thousands of nerve signals sent regularly and within milliseconds of each other. By firing in synchrony, brain cells cooperate to achieve complex signals, but only if this wave is sculpted, with signals afforded proper strengths and placed in order. Unfortunately, the synchronous nature of hippocampal signaling creates risk, says Buzsaki, because without proper control it can convey powerful nonsense messages to the rest of the brain.