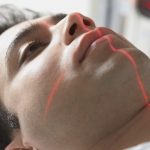 A technique called MRI-guided laser interstitial thermal therapy (MgLiTT) may be a potential treatment for epilepsy patients, according to a recent review.

Researchers say that MgLiTT may be a particularly viable option for patients whose seizures are caused by tumor-like bodies affecting the hypothalamus, which are difficult to treat with traditional surgery.

The review, titled “Laser Interstitial Thermal Therapy for Epilepsy,” was published in the journal Current Neurology and Neuroscience Reports.

According to the review’s authors, 39 percent of new epilepsy cases are resistant to drug treatment. For some of these patients, the best option is brain surgery. “The goal of epilepsy surgery is to remove the site of seizure origin while avoiding injury to nearby functional brain,” researchers wrote.

However, certain surgical methods have raised concerns as they can be potentially associated with certain complications, such as memory, cognitive loss, and language deficits.

One viable option may be MgLiTT, a surgical method developed to target deeper cerebral regions while sparing the overlaying areas. This technique uses a narrow-diameter cannula (thin tube) to reach the target and heat deeper cerebral structures. The cannula is guided in real-time through MRI.

“This technique produces a precise lesion in the brain with great reliability because the localized tissue temperature change is monitored in real time,” researchers said. “Because MgLiTT minimizes injury to surrounding brain, it appears to have a lower risk of affecting normal neurological function, and because it is done through a burr hole, there is less operative risk, less discomfort, and shorter hospitalizations.”

In their review, the authors discussed what is currently known about this technique and the reasons why it may become a potential treatment for epilepsy patients.

Glioblastoma Diagnosis – Learn About A Treatment Option
Watch videos and get info about an option for treating glioblastoma.
www.optune.com/therapy

“It is FDA approved for soft tissue ablation and is being increasingly applied to the surgical treatment of epilepsy, especially when seizures arise from deeper structures such as the hippocampus, amygdala, or discrete dysplastic tissue [abnormal tissue growth] such as hypothalamic hamartomas [tumor-like malformations in the hypothalamus that lead to seizures].”

Researchers believe that in time, MgLiTT will be increasingly used to treat epileptic seizures, as this method is associated with a lower risk of cognitive anomalies compared to other surgical techniques.

“Because [MgLiTT] does not require a craniotomy [removal of a portion of the skull], the surgical risk should be less than open resections,” they wrote. “These advantages are most compelling for the surgical treatment of epilepsy due to [hypothalamic hamartomas], which are so difficult to access by traditional resective techniques.”