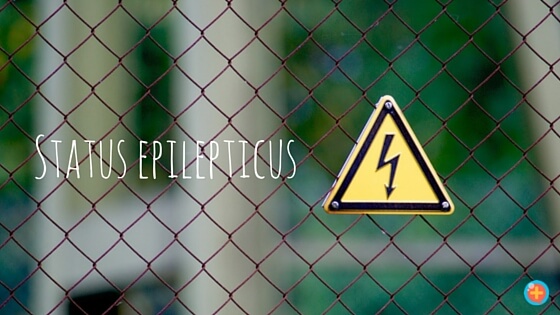 Convulsive status epilepticus (CSE) in children without prior neurologic abnormalities is not associated with long-term cognitive or other neurologic deficits, according to a large new population-based study published online December 5, 2017 in The Lancet Child and Adolescent Health.

Previous smaller, hospital-based studies had reached similar conclusions, but independent experts told Neurology Today that the size, duration, and structure of this study, which included participants in the north London convulsive status epilepticus surveillance study cohort, allows clinicians to offer stronger reassurance to parents of children with CSE, defined as continuous or rapid sequential seizure activity for 30 minutes or more.

“This reinforces some of what we already knew, but for the first time in a population-based study, which followed almost all patients for eight or nine years,” said Kelly Knupp, MD, associate professor of pediatrics and neurology at the University of Colorado, who was not involved with the study.

“Previous studies were more hospital-based and across a shorter period of time with smaller populations, and usually in only one or two institutions. This study involved 21 institutions. It was very nice to see that in such a cohort once you get past the 18-month mark, almost all the children who are going to develop epilepsy will have presented already. This is very helpful to guide families, because their biggest question after an episode of status epilepticus is ‘What can I expect next?'”

The study, an initiative of the North London Epilepsy Research Network, involved 203 survivors of the first population-based study focused on childhood CSE (90 percent of the inception cohort); 134 (66 percent) of those survivors could be assessed at eight to nine years of follow-up. “To our knowledge, this is the first prospective population-based study to comprehensively describe the natural history and the long-term outlook after childhood CSE due to all causes,” wrote the study authors, led by Suresh S. Pujar, MRCPCH, professor of clinical neurosciences at the UCL Great Ormond Street Institute of Child Health in London.

Of the 134 survivors assessed at follow-up, 35 had experienced prolonged febrile seizures; 15 acute symptomatic CSE; 15 idiopathic epilepsy-related CSE; four cryptogenic epilepsy-related CSE; 53 remote symptomatic CSE; and 12 unclassified CSE.The cumulative incidence of epilepsy overall was 24.7 percent, with the highest cumulative incidence in the remote symptomatic CSE (45.5 percent) and unclassified CSE groups (50 percent). Of the children who developed epilepsy after CSE, 90 percent had developed it within 18 months of the first episode of CSE.

The study was funded by the BUPA Foundation, the Academy of Medical Sciences, Wellcome Trust, the National Institute for Health Research, and Young Epilepsy. The study authors reported no conflicts of interest or competing interests.

The study confirms the 1993 findings published in JAMA (by the Epilepsy Foundation of America’s Working Group on Status Epilepticus) that the outcome of CSE depends primarily on etiology, said Shlomo Shinnar, MD, PhD, FAAN, professor of neurology, pediatrics and epidemiology and population health and director of the Comprehensive Epilepsy Management Center at Montefiore Medical Center of Albert Einstein College of Medicine.

“The majority of kids who have CSE remain typically neurologically normal,” said Dr. Shinnar, who was not involved with the study. “For a proportion of them, this episode will end up being the first seizure and they will go on to have epilepsy. In terms of cognitive outcomes, those who are neurologically abnormal continue to be so. With properly treated status, as far as we can tell, it would be very unusual to have a new neurologic deficit from somebody who had CSE that was not associated with an acute insult.”

Eric T. Payne, MD, MPH, consultant in child and adolescent neurology and assistant professor of pediatrics and neurology at the Mayo Clinic, praised the length of follow-up and population size. “Some patients from the original cohort had been lost to death, but it’s quite impressive to assess 66 percent of the 203 that would have been available at follow-up, given that this was almost a decade out,” he said. “While it’s not surprising that the underlying etiology of the status epilepticus is what drives long-term outcomes, it’s nice to have this well-characterized longitudinal confirmation study.

The experts all stressed the importance of adherence to new guidelines issued in 2016 by the American Epilepsy Society, which emphasize that CSE is a medical emergency with a high mortality rate, and provide a treatment algorithm that recommends initiating medical intervention after five minutes of continuous seizures. During this first therapy phase, a benzodiazepine (specifically IM midazolam, IV lorazepam, or IV diazepam) is recommended as the initial therapy of choice. If the initial therapy is unsuccessful by 20 minutes of seizure activity, the guideline notes that reasonable second therapy options include fosphenytoin, valproic acid and levetiracetam, with no clear evidence that any one of these options is better than the others. “Because of adverse events, IV phenobarbital is a reasonable second-therapy alternative if none of the three recommended therapies are available,” the guidelines added.

“We know that for every minute you delay medical intervention after the initial five-minute stabilization phase, the risk that your patient will experience prolonged seizures and require intensive care goes up,” said Dr. Payne. “Although this paper suggests that convulsive status epilepticus seizure duration is not an independent predictor of outcome, without continuous video-EEG monitoring, seizure burden was certainly under-appreciated since numerous studies have shown that these children continue to experience seizures and status epilepticus without clear clinical signs. In a paper we published in Brain in 2014, we demonstrated that while etiology is by far the most important determinant of outcomes, seizure burden in and of itself was associated with neurological decline in a seemingly dose-dependent manner.

The independent experts reported no competing interests with the current study.