Did ‘Pokemon’ Actually Give Kids Seizures In the 90s? 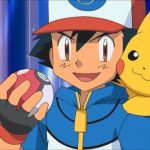 Parents have always been a little concerned about their kids watching cartoons. They worry that their children watch cartoons too often, or the shows are violent. But what if a cartoon had the power to actually hurt your kid? That was the situation in December 1997, when an episode of Pokémon aired in Japan and tens of thousands of children reportedly experienced seizures—a phenomenon dubbed the “Pokémon shock.”

The episode caused widespread panic and the show went on a four-month hiatus, nearly getting cancelled. But years later, a researcher discovered that the story may have become more dangerous than the episode itself.

“Doctors were baffled by it,” said Benjamin Radford, the investigator who co-authored a paper on the phenomenon. “That was fascinating to me. I thought that maybe I could bring something so I chose to reopen the case just out of my own curiosity so I could try to figure out what happened.”

“Dennō Senshi Porygon,” was the 38th episode of season one of the cartoon and aired on the evening of December 16, 1997. In this episode, the lead character Ash and the gang get transported inside a pokémon transmitter machine to a kind of digital alternate universe. There, they have to battle a character called Porygon, a digital pokémon that’s being used by Team Rocket to intercept and steal other teams’ pokémon.

After defeating the Porygon, though, the team gets attacked by an antivirus program. Luckily Pikachu blasts the program with his thunderbolt attack. This dramatic moment is the climax of the episode, and since it’s supposed to be a digital world, the animators wanted to play around a bit, so they used a technique known a paka paka, where two colors flash rapidly on the screen.

This rapid flashing of red and blue is pretty intense, and a little disorienting to watch. The colors alternate at a rate of 12 flashes per second for approximately six seconds. Many people were convinced that this flashing caused thousands of kids to experience seizures, the kind that are triggered in people with photosensitive epilepsy: a condition where rapid flashing of lights can induce seizures.

Radford dug through records and reports from the time and discovered an important fact. The timeline we all accepted—kids watched the episode at the same time and simultaneously experienced seizures—wasn’t quite right. Lots of kids watched the show live, but a lot of them watched it the next day, after news reports and schoolyard chatter had spread the word of the Pokémon shock.

“The next day, I found news reports talking about how the Pokémon attacks were the talk of the school yard—of course they were!” Radford told me. “There were about 600 kids who genuinely did have headaches and convulsions and breathing problems and it wasn’t until two days later when everyone’s hearing about it, everybody in the schoolyard is talking about it. That was the key, because that provided the opportunity for the contagion.”

Radford said that the wider phenomenon was not photosensitive epilepsy but a condition known as mass hysteria. It’s a real phenomenon where people are under stress to the point where they self-produced physical reactions. They are convinced by external influences that something will happen to them, and then it does.

When Radford compared the symptoms reported by the kids in the days following the initial outcry, he found they much more closely resembles mass hysteria than epilepsy, and it also explained how so many kids were affected. In 2001, he published his findings in the Southern Medical Journal.

Cartoons, it turns out, aren’t really that powerful. But the rumor mill can be genuinely dangerous.