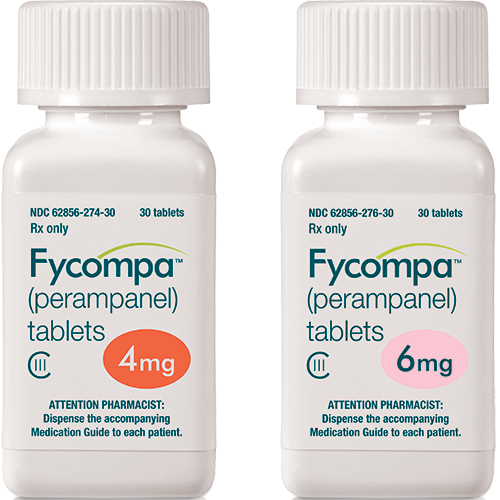 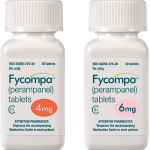 Pivotal, global phase III study results for Fycompa® (perampanel) in primary generalised tonic-clonic (PGTC) seizures are published for the first time today in Neurology.1 Study 332 assesses the safety and efficacy of perampanel compared to placebo, in primary generalised tonic-clonic (PGTC) seizures in idiopathic generalised epilepsy (IGE). Perampanel, which received the new indication from the European Commission (EC) on 24 June 2015, is the first new treatment for PGTC seizures in five years.2

One third more patients treated with perampanel experience a 50% responder rate, which is statistically significant versus placebo (50% responder rate 64.2% vs 39.5%, respectively; P=0.0019).1 Perampanel also demonstrates a reduction in PGTC seizure frequency (per 28 days) versus placebo (76.5% vs 38.4%, respectively; P<0.0001).1Furthermore, 31% of patients are seizure free during the 13-week maintenance period when treated with perampanel as an adjunctive therapy, compared to 12% in the placebo group.3 The adverse event profile is similar to that for other perampanel studies, the most common treatment-emergent adverse events were dizziness,fatigue, headache, somnolence and irritability.1

This is the only study in which the presence of IGE with PGTC seizures was confirmed by an independent expert committee. The study shows that perampanel is well tolerated and improves the control of PGTC seizures in patients who are still experiencing seizures despite their current treatment. The results indicate that perampanel can be considered a broad-spectrum AED, so effective with both focal- and generalised-onset seizures.” comments Christian Brandt, Head of Dept. of General Epileptology, Bethel Epilepsy Centre.

Study 332 was conducted amongst 164 patients aged 12 years and older with IGE who experience PGTC seizures who receive one to a maximum of three anti-epileptic drugs across centres in Europe, the U.S., Japan and Asia.1

Generalised tonic-clonic seizures can be a dangerous type of epilepsy,4 which increase the risk of injury, such as fractured bones, shoulder dislocation and burns.5 PGTC seizures also increase the risk of sudden unexplained death in epilepsy (SUDEP) and are known to lead to absence status epilepticus (ASE), seizures that last for extended time periods. The seizures start with a loss of consciousness and a sudden contraction of the muscles, which can cause the person to fall down (tonic phase). This is followed by violent convulsions (clonic phase) until the muscles finally relax. While the seizure generally only lasts a few minutes, the person will often feel confused or drowsy for a few minutes or up to a few days before returning to normal.4,6 Despite treatment, around 20% of people with idiopathic generalised epilepsy remain uncontrolled.7

Perampanel is the only licensed anti-epileptic drug (AED) to selectively target initiation and spread of seizures through inhibition of AMPA receptors, a protein in the brain which plays a critical role in the spread of seizures.8 In addition to PGTC seizures in IGE, perampanel was originally indicated for the adjunctive treatment of partial-onset seizures, with or without secondarily generalised seizures, in patients with epilepsy aged 12 years and older.9

The continued development of perampanel underscores Eisai’s human health care mission, the company’s commitment to innovative solutions in disease prevention, cure and care for the health and well-being of people worldwide. Eisai is committed to the therapeutic area of epilepsy and addressing the unmet medical needs of patients with epilepsy and their families. Eisai is proud to market more epilepsy products in EMEA than any other company.