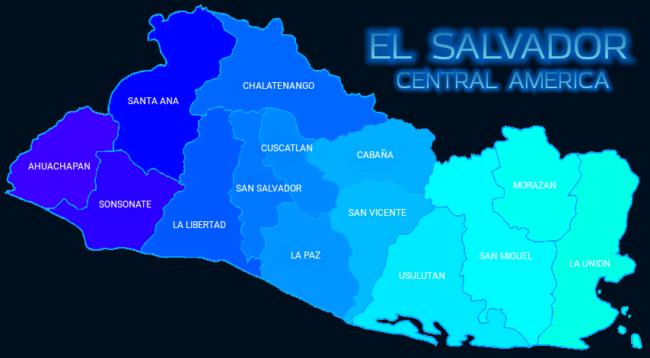 ILAE (International League Against Epilepsy) talked with Ovidio Solano Cabrera, head of the Epilepsy Clinic in the Neurology Service at the Social Security Institute, San Salvador, and second vice president of the El Salvador chapter of ILAE.

Newswise — Though El Salvador is one of the smallest countries in Latin America, it is densely populated, home to about 6.6 million people. Its gross domestic product per person is similar to that of Eswatini, Armenia, Indonesia, or Georgia (2017 data).

When it comes to health care and epilepsy diagnosis and treatment, the country is still developing, as well as rebuilding from a period of civil war, said Cabrera.

“We don’t have a lot of the basics that other countries have in terms of health infrastructure, or even our own [epilepsy] statistics,” he said. “We are trying to build something from scratch.”

A main goal: Education and awareness

The building began in earnest in 2017, five years after the ILAE chapter was established. The chapter totals about 20 members, including the only three epileptologists in the country: two adult (one of whom is Cabrera) and one pediatric.

One of the chapter’s main goals is to improve epilepsy awareness and education, among both the general population and physicians.

“There’s a lot of mysticism here, magical and religious beliefs about epilepsy,” he said. “Even among health care professionals there are misunderstandings and ignorance.”

For example, some physicians believe that seizures in adolescents can be cured through sexual activity. “It’s not common anymore, but you still hear it,” said Cabrera. “And a lot of medical professionals don’t know about the different types of seizures and how to characterize them.” That includes neurologists: There are only about 70 neurologists in the country, he said, and they don’t always have accurate or current knowledge about epilepsy.

In 2017, the chapter met for the first time with the National Epilepsy Commission of the Ministry of Health, initiating a collaboration that produced national guidelines for epilepsy treatment. The guidelines were finished in 2019, but the pandemic delayed plans to socialize them until 2022. “Throughout March and April, we’ll take road trips to five or six places, gathering general physicians to communicate the guidelines,” said Cabrera.

The goal is to stratify people with epilepsy by risk and refer higher-risk patients to the proper level of care. “If someone has epilepsy and one anti-seizure medication is keeping them seizure free, they are fine at that level of care,” said Cabrera. “But someone who needs more than one medication, or is refractory, or a pregnant woman or someone with psychiatric conditions – they need more specialized care.”

At the moment, he said, people are treated wherever they appear, with most starting at the first level of public health care. That is where education can make the biggest difference, he said.

“We have to teach doctors what’s epilepsy and what’s not, and what makes someone high risk. And teach them that if they come across a pregnant woman with seizures, she should be sent right away to third level care, specialists. We want people to be sent to the level that has the resources to best handle their care.”

During the validation period, Cabrera saw glimmers of hope that the guidelines could make a difference. “I remember one physician in family medicine, who works very far from the capital. We took on one of his patients, and he began reciting to me his analysis about why she was high risk and why she should be referred. This is a medical doctor with no previous knowledge of epilepsy, but he learned it, and he could use it, it was practical. So there’s a future there, I hope.”

Cabrera estimates the epilepsy treatment gap in El Salvador at 60% to 70%. Along with epilepsy awareness and educational needs, resources are a major barrier to optimal care for people with epilepsy. “Most hospitals do not have MRI, and there are only a few EEG machines,” said Cabrera. “Where I work, at the Social Security Institute, we cover only about 25% of the population. The rest of the population must utilize public health care, which is only beginning to develop.”

Anti-seizure medication (ASM) supplies are another challenge. “In theory, our health care system offers access to five or six anti-epileptic drugs and offers 100% coverage for those,” he said. But the reality is different. At the first level of public health care, patients have access to only phenytoin and phenobarbital. At the second level, valproate and carbamazepine also are available.

At specialized centers, such as Cabrera’s institution, physicians can prescribe almost any ASM on the market. But that doesn’t mean it will be in stock.

“Because we don’t have good statistics about the prevalence or incidence of different epilepsy types in El Salvador, there is just guessing about how much to buy,” Cabrera said. “There is not good planning.”

Even if planning were possible and accurate, he said that because many physicians are not familiar with the vast majority of anti-seizure medications, they would not prescribe them anyway.

“They know how to use phenytoin, phenobarbital, valproate and sometimes carbamazepine, but that’s it,” Cabrera said. “No one taught them how to use any others. Doctors here have just one lecture on epilepsy during their medical training, and that’s not enough. Whenever they want to learn how to use a new medication, the source of information is the pharmaceutical representative. That in my view is not the way it should be.”

In addition, the country’s medication budget is tight, and until recently there was no priority placed on ASMs. As well, Cabrera said there seems to be a perception among policymakers that a variety of ASMs isn’t necessary.

“Whenever we ask for a new medication, they say we already have enough,” he said. “We recently had a discussion to introduce lamotrigine into the national health system. We know it’s well tolerated and relatively low risk for pregnant women. But those reasons weren’t good enough. Last year, I had a petition to acquire intravenous levetiracetam. It was rejected because ‘We have enough IV anti-seizure medications.’”

Outside of private practice, physicians also must prescribe the generic version of an ASM and cannot specify a brand.

“For example, if you want to prescribe levetiracetam you have to prescribe it as the generic,” he said. “They reserve the right to buy whatever version they want to, and if it’s generic then that is what you receive.” According to Cabrera, this has led to breakthrough seizures in some people who switch from brand-name to generics.

It starts with statistics

The chapter is working to collect meaningful statistics on epilepsy incidence and prevalence, which will lay the groundwork for better medication supplies and more standardized protocols of diagnosis and care. Members are meeting with the Ministry of Health to establish standardized diagnostic data that align with the ILAE classification of seizures and epilepsies.

Epilepsy has not been a government priority in the past, said Cabrera, though that is beginning to change. He said that in addition to collaborating to create epilepsy treatment guidelines, the Ministry of Health has created an Office of Noninfectious Chronic Diseases, including a department for epilepsy and other neurological diseases. This development is likely a response to the Pan American Health Organization’s (PAHO) Strategy and Plan of Action on Epilepsy in the Americas (2011) as well as the World Health Organization’s (WHO) endorsement of the Intersectoral Global Action Plan on Epilepsy and Other Neurological Disorders (2021). Both efforts highlighted the gaps in treatment and diagnosis in epilepsy worldwide, particularly in lower-resource countries, in which 80% of people with epilepsy live.

“Our government is trying to follow that directive and we are being called to help, which is a big opportunity,” Cabrera said.

At the Social Security Institute, Cabrera leads the only epilepsy clinic in El Salvador, available only to Social Security recipients. The clinic serves more than 3,000 people with epilepsy each year and is building a comprehensive epilepsy program, including a surgical center that is already evaluating patients and will begin conducting surgeries later in 2022.

In 2019, the El Salvador chapter participated in Latin American Epilepsy Week, hosting a slate of successful activities, including conference, a film festival, a 5k race, and an epilepsy awareness play put on at the children’s museum. The play was inspired by a Chilean epilepsy awareness video featuring puppets, produced with funding from the International Bureau for Epilepsy.

“The play reached more than 500 children, and the speakers who came to give talks also went to the play and it helped them see what we were trying to do,” said Cabrera.

Plans for the 2020 Epilepsy Week were shut down by the pandemic. The chapter hosted virtual sessions for physicians on drug-resistant epilepsy and epilepsy surgery, and patient-related sessions covered issues on epilepsy at school and how to prepare for seizures.

As well, the chapter developed a virtual format for a course, “Epilepsy in the first level of health care,” and is delivering it to hundreds of physicians. The course covers epilepsy definitions, diagnosis, classification, and treatment, and students are certified with a continuing medical training diploma.

As systems are returning to something resembling normalcy, Cabrera is hoping to find ways to learn from others about how to develop and produce chapter activities, as well as to attract publicity.

“I know some ILAE chapters are very organized and have a long history,” he said. “They could teach us a lot about how to make our efforts sustainable and how to get resources to keep this going. We would love for people to guide us how to do these things, to empower us, tell us what we are doing right, and show the media that we are here and trying to do something.”