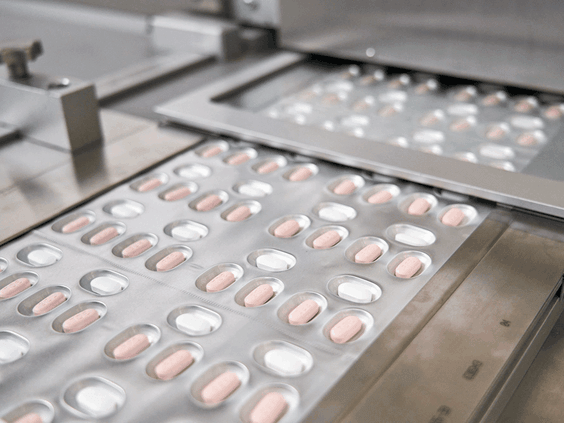 A component of Paxlovid can interact dangerously with a slew medications, pumping up the potency of blood thinners, heart-arrhythmia therapies, epilepsy drugs and others.

Photo: Pfizer’s Paxlovid anti-COVID pill is not the “game-changer” some people expect, an infectious diseases expert says. PHOTO BY HANDOUT/PFIZER/AFP VIA GETTY IMAGES)

Pfizer’s Paxlovid not only appeared to cut hospitalizations by 89 per cent in high-risk patients given the drug early in their illness, it had the convenience of being an oral medication. The federal government ordered a million courses of it — about $670 million dollars worth.

“Great news,” Ford enthused on Twitter when it got the regulatory green light.

But the buzz around Paxlovid has largely obscured one major downside of the pill. A booster added to the drug can interact dangerously with a slew of commonly used medications, pumping up the potency of blood thinners, heart-arrhythmia therapies, epilepsy drugs and others.

And the patients targeted for its use – those most at risk of serious COVID disease because of age and other health issues – are also the people most likely to be taking those “contraindicated” medications.

In some cases the interactions could be managed, but it’s clear the problem will limit the pool of potential recipients, experts say.
“It has a utility, it has a use,” said Dr. Gerald Evans, head of the infectious diseases division of the Queen’s University medical school. “(But) I certainly would not call it a game-changer.”
Pfizer spokeswoman Christina Antoniou downplayed the scope of the challenges, noting that patients will be taking Paxlovid for a relatively short period of time and that it contains a low dose of the booster ingredient.

“We believe that healthcare professionals should find most drug-to-drug interactions to be generally manageable,” she said.

Finding an effective, easy-to-use treatment for COVID has been a challenge, the available medications either having modest benefit or requiring significant health-care resources to administer.

Paxlovid seemed to combine the convenience of a take-at-home pill with significant efficacy; Pfizer’s EPIC-HR trial reported that it reduced the chances of high-risk patients ending up in hospital by almost 90 per cent.

But one part of the medication is a drug called ritonavir, which inhibits enzymes that metabolize drugs, leaving behind more of the active ingredient, nirmatrelvir, so it works more powerfully against the virus.

The catch? The ritonavir booster has the same impact on a range of other drugs, increasing their potency to a potentially dangerous level in some cases.

A patient on blood thinners could end up with spontaneous bleeding in the gastrointestinal tract or brain, noted Evans. Someone taking pills for hypertension might see their blood pressure fall so much they pass out, said Dr. Andrew Hill, a pharmacology researcher at the U.K.’s Liverpool University.

“There are all kinds of ways that Paxlovid could cause serious harm,” he said.

Ritonavir is used in HIV treatments, too, so there is a wealth of knowledge about those conflicts. The U.S. Food and Drug Administration (FDA) product monograph for Paxlovid lists over 100 drugs that it says should not be taken with the COVID pills or whose use ought to be carefully monitored.

With certain anti-arrhythmia drugs, for instance, it could actually cause heart rhythm problems and is contraindicated, the FDA cautions. Combining Paxlovid with the cholesterol-lowering pills lovastatin and simvastatin has the potential to lead to rhabdomyolysis, a potentially life-threatening breakdown of skeletal muscle fibres. A drug used to treat enlarged prostates could cause dangerously low blood pressure if taken with Paxlovid.

“People are assuming that if they get COVID and they have risk factors, they can just get this prescription. But it’s not that simple,” said Dr. Lynora Saxinger, a University of Alberta infectious-disease specialist. “It is a great thing to have in the tool box, but won’t make a huge dent.”

Doctors will have to carefully assess patients and in some cases could reduce the dose of a particular contraindicated drug or stop its use over the five-day course of Paxlovid, said Evans. In other situations, doing so would be too risky for the patient, he said.

Such assessments will be challenging with elderly patients who in some cases are taking multiple medications but might not recall the importance of each one, said Dr. Zain Chagla, an infectious-disease specialist and McMaster University professor

“It’s going to be difficult in places like long-term care homes, where medication lists are really, really long and you don’t know why they’re taking them in some cases,” he said.
Despite the challenges surrounding drug-to-drug interactions, however, infectious-disease specialists say Paxlovid will still find a niche of patients. And where the Pfizer drug is not appropriate, other treatments are becoming available, noted Chagla.

He runs Canada’s first clinic to treat COVID patients with monoclonal antibody drugs and estimates that dozens have been prevented from ending up in hospital.

Although the Canadian government has not divulged how much it is paying for Paxlovid, Pfizer indicated the U.S. bought its initial supply for $530 per course .

A just-released McGill University study suggests paying such steep prices may still be cost-effective, on top of the health benefits. It looked at the cost of using various drugs to prevent COVID hospitalizations and concluded that most were cheaper than having to treat the patient in hospital.