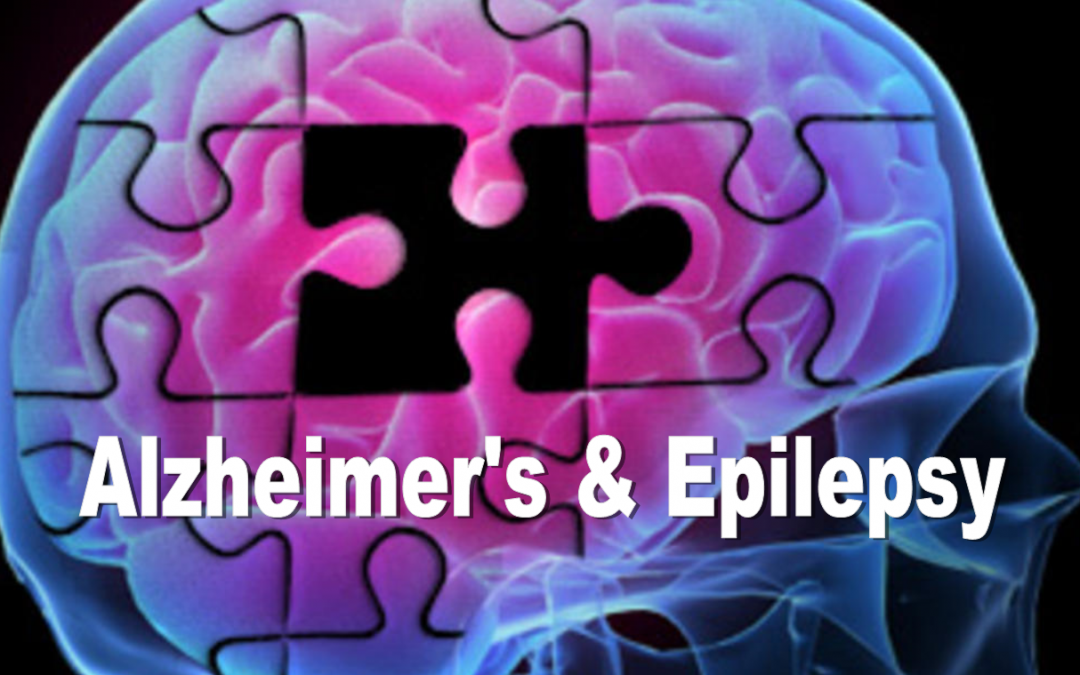 Clinicians Should Monitor and Treat Seizures in Persons with Dementia

FROM THE ALZHEIMER’S ASSOCIATION INTERNATIONAL CONFERENCE 2019

Individuals living with Alzheimer’s disease experience epileptic seizures up to six-and-a-half times more often than people without dementia, according to new research reported at the Alzheimer’s Association International Conference (AAIC) 2019 in Los Angeles. Also reported at AAIC 2019, persons with dementia are at higher risk of having recurring seizures and of experiencing seizures for the first time at a younger age, compared to people without dementia.

Alzheimer’s disease causes death of neurons, and researchers hypothesize this may contribute to abnormal electrical activity in the brain that leads to epileptic seizures.

“There appears to be a mechanism at work that puts people living with dementia at higher risk and recurrence of all types of seizures,” said Maria C. Carrillo, Ph.D., chief science officer, Alzheimer’s Association. “While we continue our push to find treatments and preventions for Alzheimer’s and other dementias, doctors should be aware of how common seizures are in this population to better monitor and treat these individuals.”

“At the research level, we need additional studies to understand more about the shared mechanisms between epilepsy and Alzheimer’s that might help us better understand the impact seizures have on the brain in order to better treat both seizures and cognitive decline,” Carrillo added.

Seizures can be a symptom of epilepsy, but not all people who experience seizures have epilepsy. Seizures indicate a disruption of brain function even though the person may not always lose consciousness. Epilepsy is a nervous system disorder in which brain electrical activity becomes abnormal, causing seizures plus unusual behavior, sensations, and sometimes loss of awareness.

People with Dementia May Experience Many Types of Seizures
Ruby Castilla-Puentes, MD, DrPH, MBA, director, clinical research, neuroscience, Janssen Pharmaceuticals and colleagues Miguel Habeych, MD, MPH at the University of Cincinnati analyzed a large U.S. national managed care database including more than 2.8 million individuals with and without dementia, age 60 and older. In the database, 79,561 persons (2.8%) had a dementia diagnosis. Of that group, 56% were women. The study population was followed from 2005 to 2014.

“There may be many reasons for these higher rates, including the medications used to treat dementia, other medical conditions associated with both seizures and dementia, or a combination of factors,” said Castilla-Puentes. “More research is needed to answer that question.”

“For right now, these findings reinforce the need for clinicians to be aware of and monitor for seizures to ensure that their patients with dementia receive appropriate treatment,” Castilla-Puentes added.

High Recurrence Rates and Potential Negative Consequences of Epilepsy in Dementia
In another study reported at AAIC 2019, analysis of data from the National Alzheimer’s Coordinating Center, comprising 20,745 individuals at 34 centers between 2005 and 2016, found that prevalence of active seizures was higher in persons with Alzheimer’s than in persons without the disease (1.51% vs. 0.35%). And persons with Alzheimer’s disease were also twice as likely to have had a previous seizure (3.14% vs. 1.57%).

The researchers found that the longer the individuals had been living with Alzheimer’s, the higher the risk for having a seizure (1.5% at 4.8 years up to 5.4% at 11 years). More than two-thirds (70.4%) of persons with Alzheimer’s in the study who experienced a seizure had a second seizure in the next seven-and-a-half months. History of a seizure was associated with younger age of onset of cognitive symptoms (seizures vs. no seizures; 64.7 vs. 70.4 years), more severe memory problems and impaired everyday life skills.

“People with Alzheimer’s are at increased risk for seizures, in particular in more advanced stages of the disease, and they have an exceptionally high recurrence risk,” said Jonathan Vöglein, M.D., Ludwig-Maximilians-Universität München and the German Center for Neurodegenerative Diseases, Munich, Germany. “The high recurrence risk and potentially negative consequences of seizures suggest that individuals with Alzheimer’s should be treated with anti-epileptic drugs after their first seizure.”

SOURCE: PRNewswire via The Alzheimer’s Association