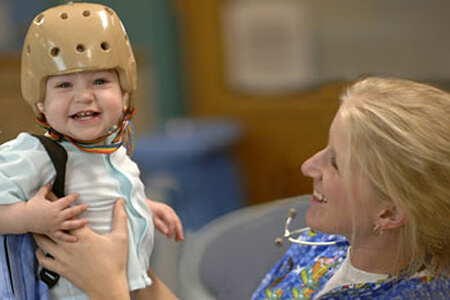 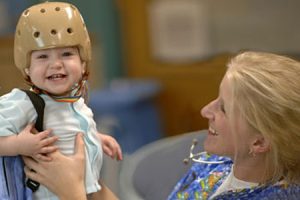 Autoimmune diseases, such as type 1 diabetes, Crohn’s disease and juvenile idiopathic arthritis, collectively affect one in 12 persons in the Western Hemisphere. They represent a significant cause of chronic disability.

“The results from this study enable us to better understand the genetic component of these diseases and how they are genetically related to each other, thereby explaining why different autoimmune disorders often run in the same family,” said study leader, Hakon Hakonarson, M.D., Ph.D., professor of Pediatrics and director of the Center for Applied Genomics at The Children’s Hospital of Philadelphia (CHOP).

The study appears online today in Nature Communications. Co-authors contributed gene data from more than 20 hospitals and research centers in the U.S. and overseas.

Because many autoimmune diseases run in families and because individual patients often suffer from more than one condition, clinicians have long suspected the existence of an overlapping genetic landscape. The current study team used recently developed research tools for their quantitative analysis, calculating the percentages that specific gene variants contribute to each disease. The researchers also calculated joint heritability attributable to common gene variants shared by pairs of diseases.

The two diseases with the highest heritability were type 1 diabetes (T1D) and juvenile idiopathic arthritis (JIA). Two forms of inflammatory bowel disease, ulcerative colitis and Crohn’s disease, had lower rates of heritability–in line with other research showing the influence of environmental factors such as gastrointestinal microorganisms in those diseases.

In general, the pAIDs had stronger heritability than that previously found in adult-onset autoimmune diseases. This makes biological sense, said Hakonarson, because children have had a shorter time than adults for environmental exposures to have an effect.

Among disease pairs, ulcerative colitis and Crohn’s disease had the strongest correlations, as did JIA and common variable immunodeficiency.

This study complements research led by Hakonarson and his graduate student Yun Rose Li (first author of the current study) published earlier this year in Nature Medicine that reported overlapping gene variants among multiple pAIDs. Those findings suggested opportunities for drug targeting and for advancing the potential of precision medicine to individualize therapies according to a patient’s genetic profile.

“We envision that we may be able to develop new therapies that may help significant subsets of patients across multiple autoimmune diseases who share the same genetic variants that result in perturbations of normal biological functions and autoimmunity,” said Hakonarson, who added, “This is the foundation for precision medicine approaches.”