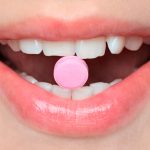 More information is needed on several aspects regarding a form of epilepsy resistant to treatments (drug-resistant epilepsy, or DRE) to provide better care and management of epileptic patients, according to a new study published in the journal Neuropsychiatric Disease and Treatment.

In the study, “Managing Drug-Resistant Epilepsy: Challenges And Solutions,” the authors review several challenges and solutions related to DRE.

Despite the development of new antiepileptic drugs (AED), 30 percent of patients with epilepsy will continue to have seizures. DRE is associated with many clinical manifestations, including uncontrolled seizures, neuronal changes, cognitive decline, and psychosocial dysfunction. But because these symptoms can vary among patients, management of DRE remains a complicated issue.

“For example, some epilepsy patients have multiple seizures per day, reduced to one per day with treatment,” the authors wrote. “Other individuals have one seizure per month, reduced to years between seizures with appropriate therapy. In both cases, AED treatment reduces seizure frequency but does not completely stop the individual from having seizures. Therefore, should a diagnosis of DRE be made? Similarly, the severity of seizures is less commonly considered in the definition of DRE.”

One of the challenges that clinicians face is the fact that the mechanisms mediating the occurrence of resistant seizures are also not completely understood, although several hypotheses have been suggested, mainly related to intrinsic factors of a particular epilepsy type (associated syndrome/lesion, initial response to AED, and the number and type of seizures before diagnosis), as well as other mechanisms of resistance.

Knowing what mechanisms are at play during seizures would help clinicians predict which patients will not respond to treatment and therefore direct them for other treatment options, such as epilepsy surgery.

Another challenge is the coordination of a multidisciplinary team to provide better care for DRE patients. According to the authors, the team should include physicians, surgeons, psychiatrists, neuropsychologists, pharmacists, dietitians, and specialist nurses.

The identification and management of other diseases in epilepsy patients is another essential aspect, as mortality rates among these patients are attributed to other diseases, including depression, anxiety, dementia, migraine, cardiovascular disorders, and asthma. Although the relationship between seizures and neuropsychiatric disorders remains elusive, these disorders deserve particular attention, as they occur more frequently among epilepsy patients than in the general population.

Importantly, treatment options should consider the economic burden to patients, as well as their compliance and tolerability to antiepileptic drugs. The authors argued that surgery offers the best results for seizure control, but this may not be an option for all patients largely because there is often a significant delay in referring patients to epilepsy surgery centers.

“Along with these complex management challenges, unraveling the exact pathogenesis behind this disorder remains crucial to our understanding of DRE,” they added.

Overall, optimization of antiepileptic drugs, identification and treatment of other diseases that epileptic patients develop, as well as education to promote adherence to treatment and avoidance of triggers should be periodically performed, at least until additional insights regarding DRE can provide more information and shed light on the development of better therapies.

“The hope is that targeted treatment approaches will one day be available to help epilepsy patients who are diagnosed with DRE,” the authors wrote.

By: JoanaFernandez, PhD brings more than 8 years of academic research and experience as well as Scientific writing and editing to her role as a Science and Research writer. She also served as a Postdoctoral Researcher at the Center for Neuroscience and Cell Biology in Coimbra, Portugal, where she also received her PhD in Health Science and Technologies, with a specialty in Molecular and Cellular Biology