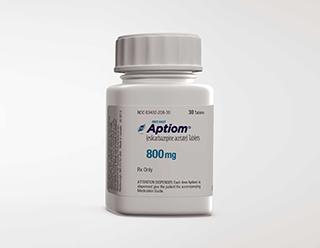 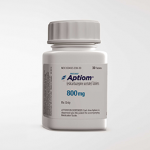 VANCOUVER, BRITISH COLUMBIA – A new study suggests that an epilepsy drug that can be taken once a day may control seizures as well as a drug that must be taken twice a day, according to a preliminary study released today that will be presented at the American Academy of Neurology’s 68th Annual Meeting in Vancouver, Canada, April 15 to 21, 2016.

The study compared the once-a-day drug eslicarbazepine acetate to the twice-daily drug carbamazepine for people newly diagnosed with partial seizures, which start in one area of the brain.

“Seizure control is crucial,” said study author Elinor Ben-Menachem, MD, of Gothenburg University in Gothenburg, Sweden, and a member of the American Academy of Neurology. “A once-a-day drug may help people stick to their medication schedule.”

For the study, 815 people newly diagnosed with partial seizures received either eslicarbazepine or carbamazepine for about six months. Participants started the study at the lowest of three dosing levels. Those who had a seizure at the lowest level were then moved up to the second dosing level. If they had another seizure, they received the highest dosing level.

The study was what is called a non-inferiority study, which is designed to show that a new treatment is not clinically worse than an existing treatment. According to the study design, eslicarbazepine would be considered “non-inferior” if the difference in seizure-free rate between the two drugs was 12 percent or lower. At six months, the difference was 4 percent. At one year, the difference was 5 percent.

“Memory issues, fatigue, or a complicated medication schedule can all interfere with a person taking their seizure-control medications on a regular basis so having a once-daily option for patients, especially when they are newly diagnosed and still learning to manage the disease, may be beneficial,” said Ben-Menachem. “The hope is that these results may also give doctors more options to better tailor treatments for people with epilepsy.”

Learn more about epilepsy at www.aan.com/patients.

The American Academy of Neurology, an association of 30,000 neurologists and neuroscience professionals, is dedicated to promoting the highest quality patient-centered neurologic care. A neurologist is a doctor with specialized training in diagnosing, treating and managing disorders of the brain and nervous system such as Alzheimer’s disease, stroke, migraine, multiple sclerosis, concussion, Parkinson’s disease and epilepsy.