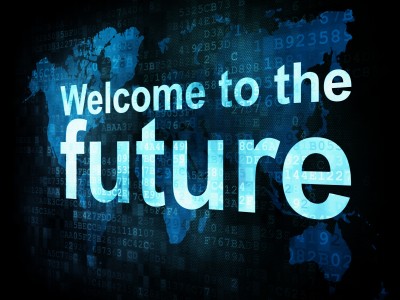 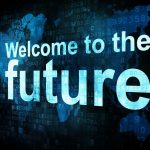 Two of the three studies unveil information about the neural networks that produce and propagate seizure activity, providing information that could help refine and target surgical interventions.

In the first study, (abstract 2.076|A.05) researchers from the University of Pennsylvania describe an array of transparent electrodes that can capture high-resolution images of neuronal activity in a live animal brain while simultaneously gathering electrophysiological information about neuron function.

The team previously demonstrated the technology in a single graphene electrode affixed to laboratory samples of brain tissue. According to the authors, graphene is an ideal material because of its flexibility, high electrical conductivity and opportunity to customize features on its surface.

Now, the researchers describe their use of novel nanofabrication techniques to construct graphene-based neural arrays for recording and stimulation. Experiments in live, anesthetized rats revealed that the electrodes are capable of recording epileptiform activity with a high signal-to-noise ratio, high spatial and temporal resolution, and without light-induced artifacts.

“This technology could allow researchers to study in unprecedented detail how epileptic circuits function and change over time,” says author Duygu Kuzum, Ph.D., a researcher at the University of Pennsylvania.

A second study (abstract 2.081|A.06) explores new techniques for mapping the neural networks that give rise to and exacerbate seizure activity, providing information that could potentially help boost the success of epilepsy surgery. Researchers from the Cleveland Clinic studied 15 patients with drug-resistant epilepsy who underwent a procedure called stereoelectroencephalography (SEEG), in which electrodes are surgically implanted into the brain to record electrical activity and map out putative epileptic networks. Researchers then used fMRI to record the patients’ brain activity during direct electrical stimulation of the networks. Central branch points, or nodes, in the network were removed by surgery or laser ablation. According to the authors, the method produced robust maps of epileptic networks and facilitated successful surgical outcomes in 14 of the 15 patients.

“Our study demonstrates that it is possible to combine direct electrical stimulation with fMRI in humans,” says Jorge Gonzalez-Martinez, M.D., Ph.D., a neurosurgeon at the Cleveland Clinic. “This method paves the way for high-resolution studies of brain connectivity and could help refine laser ablative and other neuro-modulation procedures for epilepsy.”

In a third study, (abstract 2.083) researchers from the University of Toronto describe a device capable of detecting and diminishing seizure activity. The closed-loop device aims to treat epilepsy by delivering a brief electrical stimulation at early or late stages of seizure formation, similar to how a pacemaker might stop abnormal heart rhythms.

Researchers developed seizure-detection algorithms for the device in two rat models of epilepsy and programmed two iterations of the device – known as CLS-V1 and CLS-V2 – to deliver the brief electrical stimulation before, or within seconds of, seizure onset. They tested the devices on rats with seizures described as either acute (repeated seizures over a 2-hour period) or chronic (an average of five seizures per day for multiple days).

“Brief closed-loop stimulation at an early stage of seizure formation is more effective at stopping seizure development than stimulation at a later stage, presumably because it is easier to disrupt a surge in activity before the full seizure develops than to stop it midway,” says author M. Tariqus Salam, Ph.D., a researcher at the University of Toronto.

In addition to helping patients with epilepsy, the closed-loop approach may provide a novel therapeutic strategy for patients with neuropsychiatric syndromes, which share some of the abnormal patterns of brain activity exhibited by the rats with acute and chronic seizures.