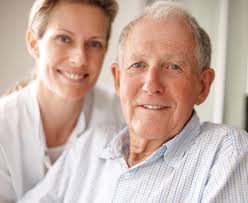 No change in epilepsy incidence in younger patients, increase among elderly 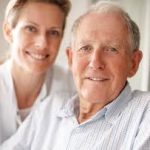 There appears to have been no change in the incidence of epilepsy in patients younger than 65 over the past 40 years in Finland but an increased incidence among older patients, which a new study suggests means no progress in preventing new cases of epilepsy, according to an article published online by JAMA Neurology.

Prevention of new-onset epilepsy is an important public health issue. Antiepileptic drugs can block seizures in most patients but they do not prevent epilepsy in people at risk. The current primary prevention of epilepsy happens by reducing the risk for traumatic brain injury, stroke and dementia.
Dieter Schmidt, M.D., of the Epilepsy Research Group, Berlin, and coauthors conducted a long-term national register study of 5 million Finnish individuals. They looked for a first-time inpatient diagnosis of epilepsy from 1973 to 2013 because patients in Finland are routinely hospitalized when they are diagnosed and that provided evidence for the incidence of epilepsy.
During the study, 100,792 people with epilepsy were identified. The authors found no change in the incidence of epilepsy for those patients younger than 65 (60 per 100,000 in 1973 and 64 per 100,000 in 2013). But the authors noted an increase in patients over 65 (from 57 per 100,000 in 1973 to 217 per 100,000 in 2013), according to the results.
Authors called the lack of change in the incidence of epilepsy among younger patients unexpected because traffic crashes have decreased and military-related injuries also have declined slightly. However, they said the increase in incidence among older patients was not unexpected because there are more older patients in the Finnish population and an increase in incidence of stoke and dementia, leading causes of new-onset epilepsy. The authors acknowledge some study limitations.
“We need to develop antiepileptogenic agents for secondary prevention of acquired new-onset epilepsy. … In conclusion, primary and secondary preventions of epilepsy are continuing to be pressing unmet needs as no progress has been made in preventing new-onset epilepsy in those younger than 65 years in the last four decades, and a significant rise of new-onset epilepsy in the elderly population was not prevented” the study concludes.