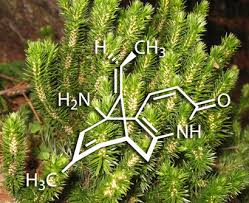 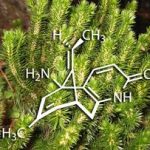 Biscayne Pharmaceuticals, Inc., reported that it is presenting data today on BIS-001 at the Annual Meeting of the American Epilepsy Society (AES).1 BIS-001 is a clinical-stage, highly potent and selective acetylcholinesterase (AChE) inhibitor that is a synthetic form of a traditional Chinese medicine. It has demonstrated superior efficacy in highly predictive models of difficult-to-treat epilepsy. In a Phase 1 study in adults with drug-resistant complex partial epilepsy, BIS-001 was safe and well-tolerated. Biscayne is initially developing BIS-001 for the treatment of adults with refractory focal epilepsy and children with Dravet syndrome, a devastating disorder characterized by frequent intractable seizures and cognitive impairment.

At the AES Annual Meeting, Biscayne is presenting data from a series of preclinical studies. They confirm that BIS-001 is a highly potent anti-epileptic drug, producing 100% control of seizures in a highly predictive induced seizure model run by the National Institutes of Health’s Anticonvulsant Screening Program.

The studies also elucidate BIS-001’s novel anti-epileptic mechanism of action. They show that BIS-001 is a powerful inhibitor of acetylcholinesterase, which in turn increases GABA levels that activate anti-excitatory pathways and result in improved seizure control. The studies also reinforce that BIS-001’s potent seizure-protectant effect and clean safety profile are unique in the anti-cholinesterase class, highlighting the contrast with the narrow therapeutic window of marketed anti-cholinergic drugs such as Aricept® (donepezil), which makes them unsuitable as treatments for epilepsy.

BIS-001 is a fully synthetic version of the extracted Chinese medicine huperzine A. Another set of studies addressed whether Biscayne’s proprietary manufacturing process for BIS-001 is scalable and whether it produces a drug that is equivalent to the natural product original. Data being presented at today’s meeting confirm that BIS-001 can be efficiently produced using a scalable commercial process and importantly, that in a key predictive animal seizure model its therapeutic performance is virtually identical to extracted huperzine.

Epilepsy affects about three million people in the U.S. and over 50 million people worldwide. Many patients with epilepsy take multiple medications, yet as many as one-third are unable to control their seizures with current therapies.

Stephen Collins, MD, PhD, President and Chief Executive Officer of Biscayne, commented, “Epilepsy is a disabling disorder that affects millions of Americans, yet remains poorly treated in far too many. We believe that BIS-001 has the potential to provide an effective and safe new treatment option for many patients with refractory disease. In addition, huperzine A has shown promise in the treatment of dementia, so BIS-001 also has the potential to positively impact cognition in epilepsy patients, unlike most current treatments that adversely affect cognitive function. We look forward to initiating a Phase 1b clinical trial of BIS-001 in refractory epilepsy patients in 2016.”