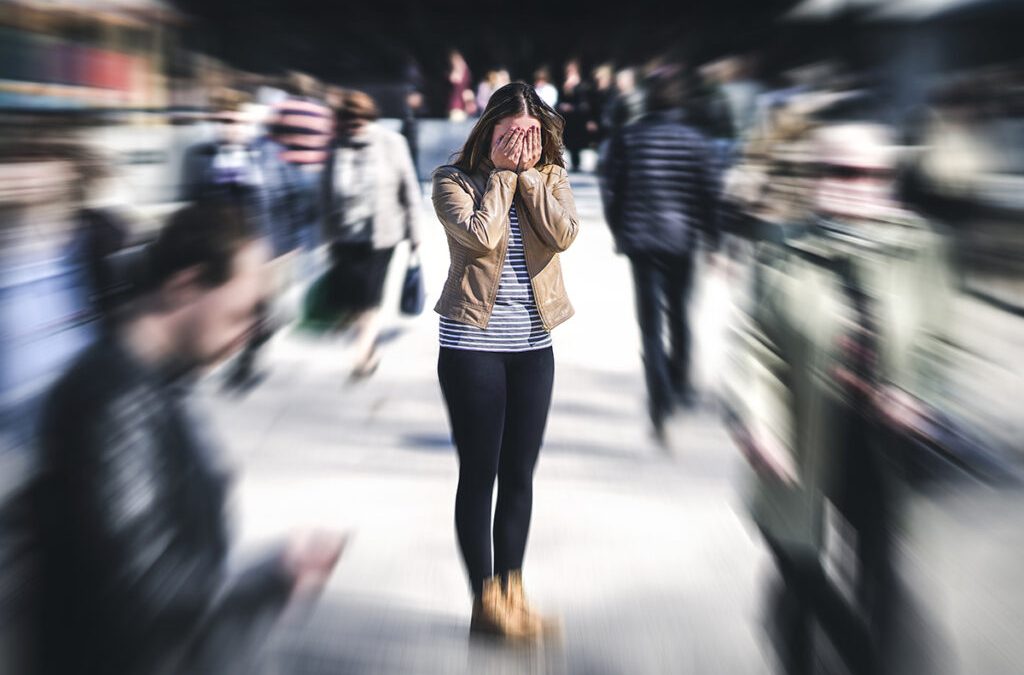 A study published this week in the journal Lancet Psychiatry showed increased risks of some brain disorders two years after infection with the coronavirus, shedding new light on the long-term neurological and psychiatric aspects of the virus.

The analysis, conducted by researchers at the University of Oxford and drawing on health records data from more than 1 million people around the world, found that while the risks of many common psychiatric disorders returned to normal within a couple of months, people remained at increased risk for dementia, epilepsy, psychosis and cognitive deficit (or brain fog) two years after contracting covid. Adults appeared to be at particular risk of lasting brain fog, a common complaint among coronavirus survivors.

The study’s findings were a mix of good and bad news, said Paul Harrison, a professor of psychiatry at the University of Oxford and the senior author of the study. Among the reassuring aspects was the quick resolution of symptoms such as depression and anxiety.

“I was surprised and relieved by how quickly the psychiatric sequelae subsided,” Harrison said.

David Putrino, director of rehabilitation innovation at Mount Sinai Health System in New York, who has been studying the lasting impacts of the coronavirus since early in the pandemic, said the study revealed some very troubling outcomes.

“It allows us to see without a doubt the emergence of significant neuropsychiatric sequelae in individuals that had covid and far more frequently than those who did not,” he said.

Because it focused only on the neurological and psychiatric effects of the coronavirus, the study authors and others emphasized that it is not strictly long-covid research.

“It would be overstepping and unscientific to make the immediate assumption that everybody in the [study] cohort had long covid,” Putrino said. But the study, he said, “does inform long-covid research.”

Between 7 million and 23 million people in the United States, according to recent government estimates, have long covid — a catchall term for a wide range of symptoms including fatigue, breathlessness and anxiety that persist weeks and months after the acute infection has subsided. Those numbers are expected to rise as the coronavirus settles in as an endemic disease.

The study was led by Maxime Taquet, a senior research fellow at the University of Oxford who specializes in using big data to shed light on psychiatric disorders.

The researchers matched almost 1.3 million patients with a diagnosis of covid-19 between Jan. 20, 2020, and April 13, 2022, with an equal number of patients who had other respiratory diseases during the pandemic. The data, provided by electronic health records network TriNetX, came largely from the United States but also included data from Australia, Britain, Spain, Bulgaria, India, Malaysia and Taiwan.

The study group, which included 185,000 children and 242,000 older adults, revealed that risks differed according to age, with people 65 and older at greatest risk of lasting neuropsychiatric effects.

For people between the ages of 18 and 64, a particularly significant increased risk was of persistent brain fog, affecting 6.4 percent of people who had had covid compared with 5.5 percent in the control group.

Six months after infection, children were not found to be at increased risk of mood disorders, although they remained at greater risk of brain fog, insomnia, stroke and epilepsy. None of those effects were permanent for children. With epilepsy, which is extremely rare, the increased risk was larger.

The study found that 4.5 percent of older people developed dementia in the two years after infection, compared with 3.3 percent of the control group. That 1.2-point increase in a diagnosis as damaging as dementia is particularly worrisome, the researchers said.

The study’s reliance on a trove of de-identified electronic health data raised some cautions, particularly considering the tumultuous time of the pandemic. Tracking long-term outcomes may be hard when patients may have sought care through many different health systems, including some outside the TriNetX network.

“I personally find it impossible to judge the validity of the data or the conclusions when the data source is shrouded in mystery and the sources of the data are kept secret by legal agreement,” said Harlan Krumholz, a Yale scientist who has developed an online platform where patients can enter their own health data.

Taquet said the researchers used several means of assessing the data, including making sure it reflected what was already known about the pandemic, such as the drop in death rates during the omicron wave.

Also, Taquet said, “the validity of data is not going to be better than validity of diagnosis. If clinicians make mistakes, we will make the same mistakes.”

The study follows earlier research from the same group, which reported last year that a third of covid patients experienced mood disorders, strokes or dementia six months after infection.

While cautioning that it is impossible to make full comparisons among the effects of recent variants, including omicron and its subvariants, which are currently driving infections, and those that were prevalent a year or more ago, the researchers outlined some initial findings: Even though omicron caused less severe immediate symptoms, the longer-term neurological and psychiatric outcomes appeared similar to the delta waves, indicating that the burden on the world’s health-care systems might continue even with less-severe variants.

Hannah Davis, a co-founder of the Patient-Led Research Collaborative, which studies long covid, said that finding was meaningful. “It goes against the narrative that omicron is more mild for long covid, which is not based on science,” Davis said.

“We see this all the time,” Putrino said. “The general conversation keeps leaving out long covid. The severity of initial infection doesn’t matter when we talk about long-term sequelae that ruin people’s lives.”