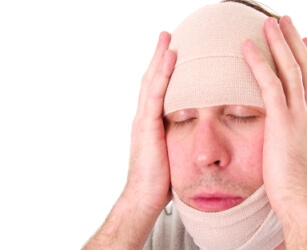 New Research To Focus on Epilepsy Development After TBI 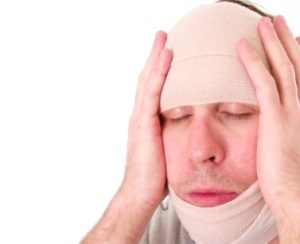 Researchers at Newcastle University are beginning a first-of-its-kind study that focusses on the development of epilepsy after a serious brain injury, known as a TBI (Traumatic Brain Injury).

Epilepsy has many causes and TBI is just one of them, but it is a leading cause of developed epilepsy.

Epilepsy Research UK awarded the team at Newcastle University over $225,000 (£147,000) to study epileptogenesis, which is a term that means epilepsy development after a TBI.

Epileptogenesis involves a long and complex cascade of events, and what little is known about it mainly focuses on the latter stages, as seizures start to occur. Identifying what happens at the beginning, however, could lead to important breakthroughs and, ultimately, treatments to stop the serious condition developing.

The two-year project is being led by Dr Andrew Trevelyan, from Newcastle University’s Institute of Neuroscience, in collaboration with Dr Claudia Racca, Dr Ryley Parrish, and Dr Simon Cockell. It is one of only nine schemes nationwide in 2015 to receive a grant from the charity.

Dr Trevelyan (pictured) said: “We are delighted that Epilepsy Research UK are continuing to support our work. Several years ago they provided me with the fellowship that helped to start my research group at Newcastle University, and which now includes eight people working full-time trying to understand what goes wrong during an epileptic seizure. That work led to key insights into how we identify from where in the brain the seizures arise.

“Now we want to understand how epilepsy might develop after an injury to the brain. This is a huge clinical problem because following such injuries, which include head trauma, strokes and some kinds of infection, there is a high risk of developing epilepsy. But we cannot identify which people are at most risk, and even we could do so, we have no drugs to help them. What we need is the equivalent of the ‘morning after’ pill, to give people who have had a head injury or infection.”

The expert team will focus on the beginning of epileptogenesis, aiming to identify how a brain injury can lead to early changes in neuronal function. The group will use mice brain samples to study how an episode of intense seizure-like activity causes neurons to change which genes they express, which in turn will affect how the neurons behave. – MedicalXpress

This seems like a great step to understanding TBI and Epileptogenesis and hopefully prevention thereof in the case of a head trauma. Of course the best prevention is to reduce your exposure to trauma by wearing a helmet for team/extreme sports and to drive carefully at all times, with a seatbelt. Of course, TBIs will never be fully preventable, but if we can reduce their occurrence through education and research we will lower the incidence of epileptogenesis.