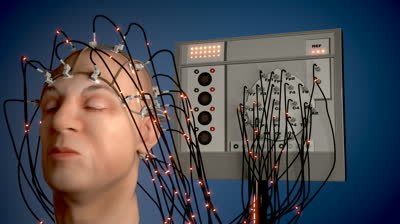 Pioneering new research by the University of Exeter could revolutionize global diagnostic procedures for one of the most common forms of epilepsy. 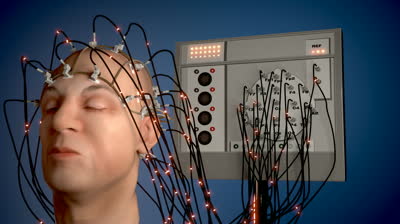 Scientists from Exeter have investigated using mathematical modelling to assess susceptibility to idiopathic generalised epilepsy (IGE) by analysing electrical activity of the brain while the patient is in a resting state.

The ground-breaking research has revealed differences in the way that distant regions of the brain connect with each other and how these differences may lead to the generation of seizures in people with idiopathic generalized epilepsies (IGE).

By using computer algorithms and mathematical models, the research team, led by Professor John Terry, was able to develop systems to analyse EEG recordings gathered while the patient is at rest, and reveal subtle differences in dynamic network properties that enhance susceptibility to seizures.

Professor Terry said: “Our research offers the fascinating possibility of a revolution in diagnosis for people with epilepsy.

“It would move us from diagnosis based on a qualitative assessment of easily observable features, to one based on quantitative features extracted from routine clinical recordings.

“Not only would this remove risk to people with epilepsy, but also greatly speed up the process, since only a few minutes of resting state data would need to be collected in each case.”

In their first study, EEG recordings were used to build a picture of how different regions of the brain were connected, based upon the level of synchrony between them. The collaborative team of researchers from Exeter and Kings College, London, then used a suite of mathematical tools to characterize these large-scale resting brain networks, observing that in people with IGE these networks were relatively over-connected, in contrast to healthy controls.

They further observed a similar finding in first-degree relatives of this cohort of people with IGE; an intriguing finding which suggests that brain network alterations are an endophenotype of the condition – an inherited and necessary, but not sufficient, condition for epilepsy to occur.

In a second study the team sought to understand how these alterations in large-scale brain networks could heighten susceptibility to recurrent seizures and thus the condition epilepsy. The study revealed two intriguing findings – firstly, the level of communication between regions that would lead to their activity becoming synchronised was lower in the brain networks of people with IGE, suggesting a possible mechanism of seizure initiation; and further that altering the activity in specific left frontal brain regions of the computational model could more easily lead to synchronous activity throughout the whole network.

In their most recent study, researchers have introduced the concept of “Brain Network Ictogenecity” (or BNI) as a probabilistic measure for a given network to generate seizures. They found that the brain networks of people with IGE had a high BNI, whereas the brain networks of healthy controls had a low BNI.

Professor Terry said: “Our most recent analyses have revealed that the average connectedness of each brain region is key to creating an environment where seizures can thrive.

This feature appropriately discriminates between cohorts of people with idiopathic generalized epilepsies and healthy control subjects. The next critical state of our research is to validate in a prospective study the predictive power of these findings.”