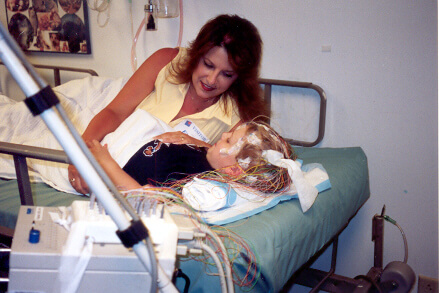 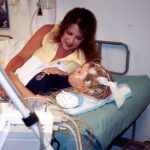 Uncontrolled epilepsy affects more than 1.2 million Americans, often requiring a series of trials and errors to identify effective drug combinations. Continuous, long-term EEG data could streamline this process by revealing the full picture of a patient’s seizure activity, but this would require a costly and inconvenient hospital stay.

An array of personal monitoring devices – including three to be unveiled at the American Epilepsy Society’s (AES) 69th Annual Meeting – offer biometric recording technology that could allow patients to monitor clinical and subclinical seizure activity in the everyday home environment and get advance warning before a seizure strikes.

Researchers from the University of Utah and Epitel Inc., (abstract 2.158) describe an inexpensive, disposable and discreet seizure-monitoring device called the EEG PatcM. According to the authors, the patch is waterproof and relies on two electrodes to record EEG data during all aspects of everyday life, including bathing, sports and sleep. The device can operate for seven days on a single charge, and data can be downloaded anytime for review in the standard European Data Format. An epileptologist must position the device on the scalp at a known seizure-prone area of the brain identified by a traditional wired EEG.

“Armed with seven-day, location-specific EEG data, an epileptologist will have a robust record of quantitative seizure counts to better treat patients, revolutionizing therapy,” says author Mark Lehmkuhle, Ph.D., an assistant professor of neurosurgery at the University of Utah.

The authors report the results of a Phase III, double-blind, prospective multicenter study of the Brain Sentinel System, which continuously detects and records surface electromyography (sEMG) and audio data from a device worn on the biceps muscle. Their findings demonstrate that the System can detect seizure activity with 100 percent sensitivity and a very low rate of false detection, compared with video EEG detection in epilepsy monitoring units at 11 level IV epilepsy centers in the U.S. According to the authors, the system sends alerts within an average of a few seconds after the onset of the GTCS. The Brain Sentinel System is currently under FDA review for market clearance.

“The Brain Sentinel system can detect GTCS with a similar sensitivity as epileptologists reviewing vEEG recordings,” says author José E. Cavazos, M.D., Ph.D., co-founder of Brain Sentinel and a professor of neurology at the University of Texas Health Science Center in San Antonio. “Neurologists will have ambulatory EMG data to help them interpret the seizure type and an accurate seizure frequency of their patients.”

A third study (abstract 3.084) examines the accuracy of two commercially available wristworn devices that detect seizure activity based on changes in heart rate, arterial oxygenation (SpO2) and electrodermal activity (EDA). Researchers from the University of Texas at Dallas and the Texas Epilepsy Group studied 20 patients admitted to a Dallas, Texas Epilepsy Monitoring Unit, gathering data from a total of 24 seizures that occurred during 355 hours of monitoring. Their findings reveal that seizure detection using heart rate, SpO2 and EDA signals is much more accurate than detection by heart rate changes alone.

“These findings may allow for the development of a comfortable, easy-to-manage wristworn device capable of recognizing seizures, alerting a caregiver and creating an electronic diary for use by physicians,” says author Diana Cogan, a graduate student at the University of Texas at Dallas.