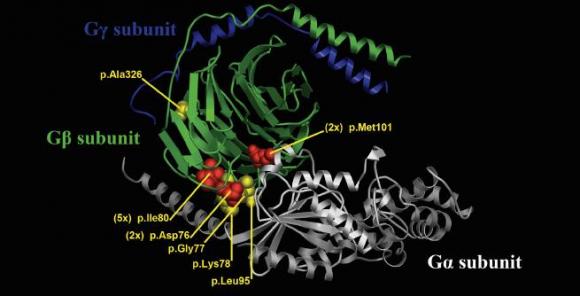 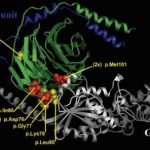 A multicenter research team led by Columbia University Medical Center (CUMC) has discovered a new neurodevelopmental syndrome and the genetic mutations that cause it. The discovery is an important step toward creating targeted therapies for individuals with this syndrome, which causes severe developmental delays, abnormal muscle tone, seizures, and eye complications.

The study was published online in the American Journal of Human Genetics.

“Now that we’ve determined that a small subset of patients with neurodevelopmental disabilities share the same mutations, we can begin to learn about the prognosis of these individuals, how these mutations lead to this syndrome, and how to develop targeted therapies,” said study leader David B. Goldstein, PhD, the John E. Borne Professor of Medical and Surgical Research (in Genetics and Development) and director of the Institute for Genomic Medicine at CUMC.

The discovery was made by performing whole-exome sequencing of patients with an undiagnosed neurodevelopmental disorder to identify excess spontaneous, or non-inherited, mutations. (The exome is the portion of the genome that encodes for the production of proteins.)

“Of the hundreds of patients we sequenced at CUMC, three were found to have mutations in a gene called GNB1,” said Slave Petrovski, PhD, former research scientist with the Institute for Genomic Medicine at CUMC and the first author of the report. “We then reached out to our colleagues at other medical centers to see if they found similar mutations in any of the patients whose DNA they had sequenced. In all, we reviewed sequencing data on 5,855 individuals and found a total of 13 individuals with GNB1 mutations.”

Columbia researchers have identified a new neurodevelopmental disorder caused by mutations (labeled red and yellow in the image) in the GNB1 protein (labeled green).
Credit: American Journal of Human Genetics

GNB1 mutations have been detected in some cancers, but this is the first time the mutations have been linked to a neurodevelopmental disorder. GNB1 encodes a protein that functions in the transmission of many different kinds of signals within cells.

“As of yet, we don’t know which aspect of that signaling is affected by these mutations,” said Dr. Goldstein. “Moving forward, we hope to determine exactly how these mutations cause disease and then use that information to identify druggable targets–completing the entire precision medicine circle for this condition, from gene discovery to functional biology to the development of targeted therapeutics.”

Whole-exome sequencing is currently not a standard part of the evaluation of patients with neurodevelopmental disorders. “With more discoveries like this one, this genetic approach to disease diagnosis will become standard practice for all patients with these disabilities,” said Dr. Goldstein.