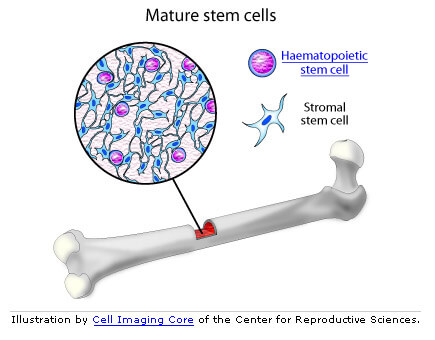 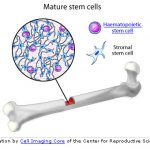 Treatment for full-term babies born with hypoxic-ischemic– brain damage due to blood and oxygen deprivation injuries is currently limited to therapeutic cooling to improve outcomes. There is no treatment for pre-term babies; however, a new study appearing in the latest issue of STEM CELLS Translational Medicine may lead to therapies that repair damage from hypoxia-ischemia.

Treatment for full-term babies born with hypoxic-ischemic– brain damage due to blood and oxygen deprivation injuries is currently limited to therapeutic cooling to improve outcomes. There is no treatment for pre-term babies; however, a new study appearing in the latest issue of STEM CELLS Translational Medicine may lead to therapies that repair damage from hypoxia-ischemia.

An estimated 840,000 newborn infants die each year from hypoxia-ischemia accounting for 23 percent of all neonatal deaths worldwide. Causes can range from severe prematurity to umbilical cord accidents and lung malformation. Those who survive generally suffer some continuing form of impairment such as epilepsy, developmental delay, or motor and cognitive issues. Usually, the severity of brain damage cannot be determined until the child is three to four years old.

EVs are fluid-filled sacs released by cells that store or transport the products of cell metabolism. They consist of a mixture of materials including fats and proteins. EVs derived from MSCs have been shown to have similar effects to MSCs themselves in models of kidney, heart and brain injury. However, because EVs are not living cells, scientists believe they may be safer than treating patients with MSCs.

“EVs are known to mimic the effects of the cells they are derived from,” said lead investigators Boris W. Kramer, M.D., Ph.D., of the Maastricht University Medical Center, and Dr. Bernd Giebel from the University Hospital Essen. “Several studies in animal models have shown their beneficial effects. It is believed that the effects are due to the anti-inflammatory actions of the EVs. Recently, a patient who was rejecting a transplanted organ – but not responding to conventional therapy — was successfully treated with MSC-EVs from his own body without showing any side effects. The aim of our study was to MSC-EVs might help treat a brain injury in preterm babies.”

They tested their theory on sheep, depriving the fetuses of oxygen and blood flow for 25 minutes to induce hypoxia-ischemia. One hour later, they administered in utero an intravenous dose of MSC-EVs. They repeated the treatment four days later, then compared the results to an untreated control group. The results showed that MSC-EV prevented functional impairment and exhibited a tendency to protect against structural injury of the preterm brain.

“This leads us to believe that future studies to determine the optimal EV contents and dosing strategy should be performed to establish a clinically safe, cell-free therapy for preterm babies after hypoxia-ischemia,” Dr. Kramer said.

“This study shows the potential benefits of using the extracellular vesicles derived from bone marrow stem cells as a therapy for patients,” said Anthony Atala, M.D., Editor-in-Chief of STEM CELLS Translational Medicine and director of the Wake Forest Institute for Regenerative Medicine. “EVs have been evaluated in animal models for a variety of diseases, including heart, liver and lung, and it is encouraging to see yet another potential application.”