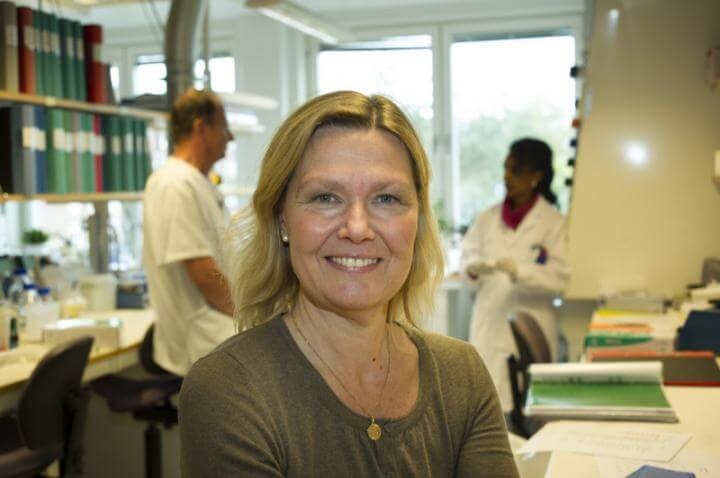 Scientists at Karolinska Institutet and Karolinska University Hospital in Sweden have discovered a new explanation for severe early infant epilepsy. Mutations in the gene encoding the protein KCC2 can cause the disease, hereby confirming an earlier theory. The findings are being published in the journal Nature Communications. 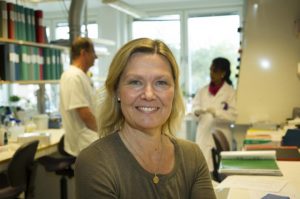 Anna Wedell is a Professor of Medical Genetics at Karolinska Institutet.

Through large-scale genetic analyses of a family with two affected children at SciLifeLab in Stockholm, mutations were identified in the gene encoding the transport protein KCC2. In a collaboration with scientists at the University College London, another family with children carrying mutations in the same gene was further identified. Two of the children in each family demonstrated similar symptoms that can be connected to a severe variant of infant epilepsy with MPSI (Migrating Partial Seizures of Infancy).

“Epilepsy occurs in many different forms. Earlier associations with KCC2 have been observed, such as a down-regulation of the protein after brain damage that increases the tendency for seizures, but firm evidence for this disease mechanism has been lacking so far”, says Anna Wedell, senior physician at Karolinska University Hospital and professor at the Department of Molecular Medicine and Surgery at Karolinska Institutet. “Through our discovery we have been able to prove that a defective function of the KCC2 protein causes epilepsy and hence that an imbalance in the brain’s chloride ion regulation system can be the reason behind the disease. The next step is to investigate to which extent this imbalance occurs in more common variants of epilepsy.”

KCC2 constitutes a chloride channel specifically localized in the brain and have earlier been shown to play a major role in synaptic inhibition by maintaining a low concentration of chloride ions inside the neurons. Normally the amount of KCC2 increases shortly after birth, causing the signal substance GABA to switch from being stimulating to being inhibitory.

“Mutations in the gene encoding KCC2 prevent this switch which makes GABA remain stimulatory, incapable of inhibiting the signals of the brain”, says Dr. Wedell. “The neurons then discharge at times, when they normally should not, giving rise to epilepsy.”

By conducting detailed investigations of cells expressing both the normal and the mutated forms of KCC2, the scientists demonstrated that the identified mutations led to disrupted chloride ion regulation and that an imbalance in this system thus brings about severe infant epilepsy, a potentially treatable disease.

“Clinical trials are ongoing with a drug that, if successful, will compensate for the disrupted regulation and ameliorate the disease in small children with epilepsy, says Dr. Wedell.”