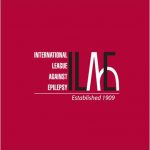 After 35 years, the International League Against Epilepsy (ILAE) has approved a new classification system for seizures.

One of the main changes is that seizures formerly known as “simple partial” are now called “focal aware” seizure and “complex partial” seizures are now “focal impaired awareness” seizures.

Another novel element is that public opinion was considered in developing the new classification.

The updated language should have some effect on daily clinical care and drug trials as everyone in the field gets used to the new names, Robert Fisher, MD, professor of neurology and director of the Comprehensive Epilepsy Center, Stanford University, Palo Alto, California, told Medscape Medical News.

Generalized seizures were divided into tonic-clonic (at one time called “grand mal” seizures, where patients lose consciousness, their muscles stiffen, and they exhibit jerking movements), absence (once called “petit mal” seizures, where the patient has lapses in awareness and may appear to be staring), atonic (characterized by an abrupt loss of muscle tone), tonic (stiffening), clonic (repeated jerking), and myoclonic (brief shock-like jerks of a muscle or muscles).

Unclassified seizures were those that didn’t fit into the other categories or those for which it was unclear where in the brain they began.

Some of the names for seizures under the old system were somewhat confusing, said Dr Fisher. “The words were not intrinsically transparent — who knows what a complex partial seizure is?”

The committee determined that the “best surrogate” for what was previously called a complex partial seizure — during which patients might be “frozen” or unable to talk, but still know what’s going on around them — was awareness, said Dr Fisher.

The task force spent time discussing consciousness because “it really is an essential concept to all of this,” said Dr Fisher. “It’s important to determine things like whether you can you drive, or whether you can be a roofer.”

Consciousness, he said, “has a lot of different elements — awareness, responsiveness, memory, and sense of yourself as being a unique identity.”

Also under the new focal category, the committee included several seizure types that were previously in the generalized category, including tonic, clonic, atonic, and myoclonic.

However, tonic-clonic seizures remain in the generalized-onset category.

Also under focal seizures are automatisms, where people “are fumbling” during an attack, said Dr Fisher.

The new classification promises to provide a better language for experts in the field, said Dr Fisher.

“Classification is a shorthand for communication among people with epilepsy, the medical team taking care of them, researchers who study epilepsy, and third-party payers.”

Although the task force aimed for a classification that corresponds to the underlying brain circuitry problem causing the different seizure types, experts still don’t know enough about this. “Until we know that, it’s going to be hard to have a fully scientific classification,” said Dr Fisher.

“So the classification we made is observational, based on how the seizures look and sometimes what the EEG [electroencephalographic] pattern or other testing tells us.”

The committee developed “an easy map” explaining the transition from the old to the new terms.

When developing the new classification, the ILAE task force took into account the “hundreds of comments” from the public, which helped “increase the clarity of the terms,” said Dr Fisher.

“This is not a usual process, but the League wanted to make sure that it had some public acceptance and to harness the wisdom of crowds.”

The one issue that that “remains controversial” is what to call epilepsy overall, said Dr Fisher. “Is it a condition, a disorder, a disease, or all three?”

The ILAE considers it a disease. “A lot of people would prefer to call epilepsy a disorder from the standpoint of stigma, and I fully understand that,” said Dr Fisher.

But the flip side is that as a disease, it might garner more serious attention. “You have heart disease, not heart disorder,” said Dr Fisher. “And have you ever heard of Parkinson’s disorder?”

When discussing the new classifications at the AES meeting, Dr Fisher said he faced a certain amount of “What? You’re changing the names of the seizures again?” But he pointed out that this happens only every few decades.

About 2 years ago, the ILAE adopted a new definition of epilepsy in which the disease is considered to be resolved if a patient has been seizure-free for 10 years, during the last 5 of which the patient was off all seizure medicines.

Under the old definition, patients were determined to have epilepsy if they had two or more unprovoked seizures occurring more than 24 hours apart.

“So if you had a seizure at age 2 and an unprovoked seizure at age 3, at age 80, you still had epilepsy, according to that definition,” said Dr Fisher, who was the first author of the paper describing the new definition.

One of the problems with that, he said, was that it didn’t allow for a person to “outgrow” the epilepsy. Now, people who are seizure free will be able to indicate “no” when asked on a form if they have epilepsy.

Also under the updated definition, a patient can be diagnosed with epilepsy after only one seizure, if there is a high likelihood of another seizure.

“We think this will encourage earlier diagnosis and treatment for the subset of the population who have a high chance of having another seizure,” said Dr Fisher.

If treating physicians don’t know what the chances are of a second seizure, they can “fall back” on the old definition of two seizures, he said. He stressed that the decision has to be individualized.

The committee avoided the word “remission” because, as Dr Fisher explained, it has a “connotation” of cancer; they also avoided the word “cure,” as that would imply there is no chance at all of seizures coming back.

“There is always is a small chance,” he said.