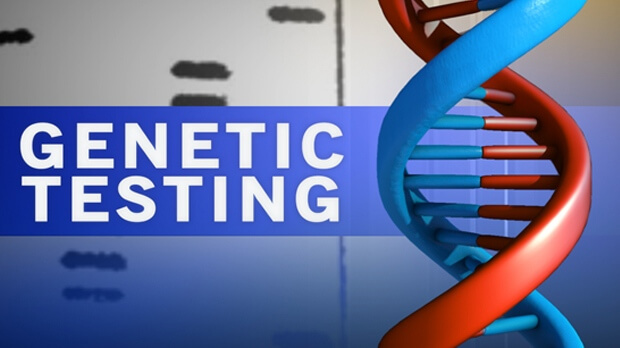 A study led by researchers at RCSI (Royal College of Surgeons in Ireland) has identified a new genetic test that can be used to predict if a patient with epilepsy will develop an adverse reaction to a common anti-epileptic drug. The finding will help inform doctors to prescribe the safest and most beneficial treatment for patients with epilepsy.

The study is published in the current edition of the journal Neurology.
The research has identified a genetic factor that can be used to predict whether a patient with epilepsy will develop a rash in reaction to a common anti-epileptic drug called phenytoin. Phenytoin is used worldwide and is the most commonly prescribed anti-epileptic drug in developing countries.

Dr. Mark McCormack of the Department of Molecular and Cellular Therapeutics, RCSI, and first author on the paper commented: “Our finding will make it easier for clinicians to predict a troublesome rash which occurs as an allergic reaction to the drug phenytoin. Adverse reactions can sometimes cause more harm to patients than seizures and patients may stop taking otherwise useful drugs as a result of the side-effects. Through genetic testing we can now estimate a patient’s risk prior to placing them on phenytoin.”

Professor Gianpiero Cavalleri, Associate Professor in Human Genetics at RCSI and the FutureNeuro Research Centre, coordinated the study. “This work represents a step towards more holistic, personalised care of epilepsy by improving patient safety and targeting the right drug to the right patient,” Professor Cavalleri said.

“This research adds to a growing list of genetic predictors of response to anti-epileptic drugs and opens up a new avenue for understanding the mechanisms behind adverse reactions by highlighting how our own immune system can occasionally fail to regulate itself,” said Professor Norman Delanty, Honorary Associate Professor at the RCSI Department of Molecular and Cellular Therapeutics, Consultant Neurologist and Director of the Epilepsy Programme at Beaumont Hospital.

The research emerged from EpiPGX, a programme funded by the European Commission and was delivered via collaboration between several major epilepsy research consortia. Collaborators on the project include: International League Against Epilepsy Consortium on Complex Epilepsies; EpiPGX Consortium; EPIGEN Consortium; Canadian Pharmacogenomics Network for Drug Safety and more than 30 academic and research institutions from around the world. The work was supported by grants from the European Commission (7th Framework Programme Grant 279062), Science Foundation Ireland and the General Research Funds and Health and Medical Research Fund of Hong Kong, as well as other funding bodies.

RCSI is ranked among the top 250 (top 2%) of universities worldwide in the Times Higher Education World University Rankings (2018) and its research is ranked first in Ireland for citations. It is an international not-for-profit health sciences institution, with its headquarters in Dublin, focused on education and research to drive improvements in human health worldwide. RCSI is a signatory of the Athena SWAN Charter.

FutureNeuro is an SFI Research Centre, based at RCSI and led by Professor David Henshall. FutureNeuro focusses on the diagnosis, monitoring and treatment of chronic and rare neurological diseases.