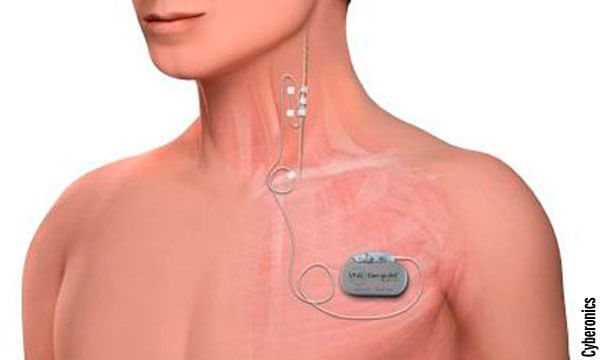 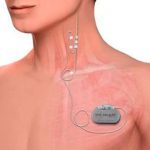 Following FDA approval of the AspireSR® generator for the VNS Therapy® system inJune 2015, more than a thousand patients with drug-resistant epilepsy across the United States have received this new treatment option. Many of these patients are experiencing benefits which have positively impacted their lives – and are sharing their stories during Epilepsy Awareness Month with the hope of encouraging others to seek new treatments for drug-resistant epilepsy.  Numerous hospitals nationwide have begun providing the AspireSR device to patients with drug-resistant epilepsy – a condition that affects as many as one-third of people with epilepsy, causing them to have seizures in spite of treatment with antiepileptic medications.2

The VNS Therapy system is a minimally invasive option in which a medical device is placed under the skin in the upper chest area during an outpatient procedure. The device sends mild electrical pulses through the vagus nerve to areas of the brain known to be associated with seizures. The new AspireSR generator takes the VNS Therapy technology a step further – detecting relative heart-rate increases that are often associated with seizures in people with epilepsy and providing responsive stimulation in an attempt to stop and shorten seizures and improve recovery.1

“We were anticipating meaningful results with AspireSR based on clinical studies showing reduced seizure duration, severity and frequency, and improved quality of life,”1said Rohan Hoare, President Neuromodulation, LivaNova. “But now hearing about real-world results from physicians and patients is showing how this innovative technology can bring hope to many people experiencing the challenge of drug-resistant epilepsy.”

When 23-year-old Mariam Sefilian from Murray, Utah started having seizures at the age of 14, she had to put her life on hold – quitting dance and piano, and not being able to participate in normal teenage rites of passage, such as getting her driver’s license. As one of the first patients to receive the AspireSR generator during the 2013 clinical trial period, Mariam says that she began noticing a difference almost immediately.

“After my physician began adjusting the stimulation in December 2013, I began noticing a decrease in seizures, and a few months later, I had my last one,” said Sefilian. “This year I was able to get my driver’s permit and my first job. I’m now a psychology student and am planning to transfer to a four-year college. I’ve started dancing and practicing the piano again, and I feel much more capable and independent. This new treatment changed my life.”

Twelve-year-old Brooklyn Cassanio – the first patient to receive the AspireSR generator from Dayton Children’s Hospital in Ohio following FDA approval – has also noticed significant changes. Prior to the procedure, Brooklyn experienced seizures as often as one every three seconds – and seizures during the night every couple of months.

“Brooklyn has been having uncontrollable seizures since she was 16 months old, and this has been extremely difficult for both her and our family,” said Stacey Bennett-Cassanio,Brooklyn’s mother. “When we were informed about the new AspireSR device, we were eager to give Brooklyn the opportunity to be one of the first patients in the country to experience this advanced treatment. Since the procedure, we’ve already noticed a decrease in seizures, including seizures occurring at night, and she feels more confident and independent. We are hopeful that AspireSR will give her more opportunities in the future to live her life to the fullest.”

“Like Brooklyn, many of our patients with drug-resistant epilepsy experience multiple seizures a day, so an intervention that is automated in the way it detects changes in the body and delivers immediate treatment was something that was important to explore,” said Dr. Kamian. “We are pleased to be able to offer the AspireSR generator as a new option that may help our patients experience reduced seizures and improved overall quality of life.”

Individual results may vary. Talk to your doctor to find out if VNS Therapy might be right for you.

To learn more about the AspireSR generator for the VNS Therapy System, visitAspireSR.com and VNSTherapy.com.

INDICATION
The VNS Therapy system is indicated for use as an adjunctive therapy in reducing the frequency of seizures in adults and adolescents over 12 years of age with partial onset seizures that are refractory to antiepileptic medications.

SAFETY AND TOLERABILITY
AspireSR has demonstrated safety and tolerability comparable to currently available VNS Therapy. The AutoStim Mode is not recommended for patients being treated for cardiac arrhythmia or with a history of bradycardia. The most commonly reported side effects from stimulation include hoarseness (voice alteration), paresthesia (prickling feeling in the skin), dyspnea (shortness of breath), sore throat and increased coughing.