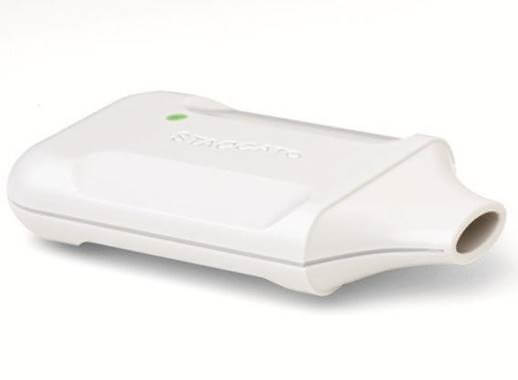 Treatments for epilepsy and seizures are about to make a major advancement.

That is because the team at Engage Therapeutics has been developing a new tool to help with the delivery of medication to help with seizures. Called Staccato Alprazolam, it functions like an inhaler to disperse the medicine as an aerosol into the body for an immediate solution.

According to the team’s website, the device contains a medication known as Alprazolam. When they feel a seizure coming on, patients will stick the device in their mouth and then, the medicine will enter into their lungs once applied.

According to Dr. Pavel Klein, a director at the Mid-Atlantic Epilepsy and Sleep Center, the device will be “revolutionary.”

“Drugs get absorbed from the lungs very fast; it gets to the brain very quickly much more than if you were to swallow it,” said Klein.

Engage Therapeutics is a biopharmaceutical company that is based in Summit, New Jersey. Since its inception, Engage has been developing a tool to combat and cure the many cases of epilepsy in the United States. According to the Centers for Disease Control (CDC), there are currently 3.4 million Americans living with epilepsy. Each year, more than 150,000 adults are diagnosed with epilepsy, according to Healthline.

According to Klein, the tests have been very successful thus far.  The first study they conducted with half a dozen patients found that the tool worked very fast.  Klein is doing further testing to see how the Staccato acts for seizures as they are occurring.

There are currently subject pools for the device going on in Gaithersburg. Klein is hoping to broaden the patient pools so that they can broaden the development of the device. He said that the goal is to implement the product on a broader scale.

“Epilepsy affects 1% of the population – about 3.2 million people – (that is) about one-third of those people have epilepsy that is difficult to be treated in spite of medication that they are taking. And those patients are at risk of life interruption at any time, injury from seizures or possibility of death,” said Klein.

Klein states that the inhaler method of delivering medicine is much more convenient than the usual ways of delivering the medication.  Most commonly, medication to treat seizures was delivered through the rectum, which doctors realize can be embarrassing to talk about and might have a “stigma.”

For people suffering from epilepsy, a quick-acting tool can be very beneficial to their lives. When they have seizures, their daily quality of life dramatically decreases.

Jackie Froelich, 47, a local woman who had been suffering from epilepsy since she was eight, spoke about how her life has been impacted by the disease.

“Going to school was always very difficult; my grades were never as good as they could have been or should have been. I always had to re-read things,” Froelich said. “When people were starting to drive I could not drive. I had to be six months seizure-free (to drive).”

Even into her adulthood, epilepsy impacted the way Froelich interacted with people. She would often have to walk on eggshells, as the smallest thing might have caused a seizure.

Froelich would sometimes have seizures in front of her two boys, who often could do nothing but wait it out.

Situations like this are the reason Greg Mayes, CEO of Engage, said he is so passionate about the Staccato device. Mayes is the father of a boy who frequently has seizures. When they happen, Mayes often stands by and watches his son going through it, something he described hating as a parent.

Mayes said he believes the device will be useful because there is an unmet need for it. There are not any emergency medications that are as fast-acting or as portable as the Staccato. He said that the Staccato will be something patients can be encouraged to stick in their backpack or pockets.

Mayes said he wants this product to be readily available, regardless of insurance, so that everyone has the ability to fight against their seizures.

“As a father and parent and member of the epilepsy community, I will do everything I can as CEO of this company to make sure this product is readily available,” he said.