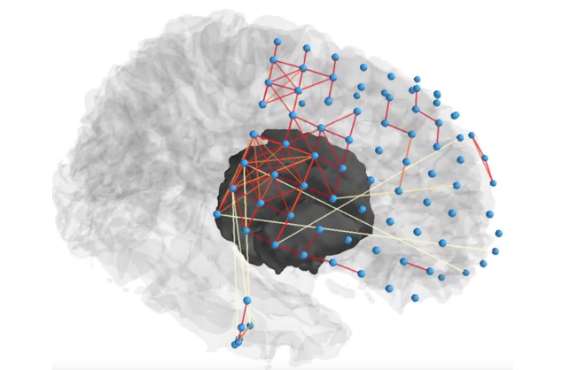 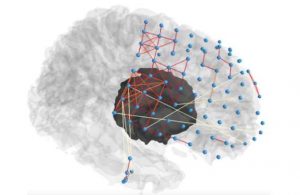 For the third of all epilepsy patients who don’t respond to medication, an alternative is to locate the small cluster of neurons that act as the seed of a seizure’s aberrant electrical activity and surgically remove it. Unfortunately, such surgeries often fail to bring any relief. The ability to reliably pinpoint the anatomical source of seizures, different for each patient, remains elusive.

Researchers at the University of Pennsylvania’s School of Engineering and Applied Science and Perelman School of Medicine are looking for ways to refine this process by looking at networks of electrical activity in the brain just prior to the onset of a seizure.

Using brain data crowdsourced from 22 epilepsy patients with implanted electrodes, the researchers have developed a series of algorithms that can predict where in the brain a seizure will originate and which groups of neurons it will likely spread to as it grows.

Such algorithms could provide a more objective way of identifying surgical targets, improving the success rate of such interventions.

And because the data also provide for a generalizable model of how seizures evolve and spread through neural networks, they could also inform less invasive forms of treatments. An implantable device, for example, could monitor these warning signs and automatically deliver precise electrical impulses that would neutralize the seizure before it manifests.

It was published in the journal PLOS Computational Biology.

“By mapping the network of activity in the brain and how it changes over time,” Bassett said, “we aim to quantify the reconfiguration of this network that leads to different stages of a seizure.”

“Using the novel algorithms we’ve generated to parse seizures into different states,” Khambhati said, “we can answer questions such as, ‘In which state is the seizure beginning?,’ and ‘In which state does it begin to spread?'”

At the core of the research team’s findings is the International Epilepsy Electrophysiology Portal, founded by Litt; Zachary Ives, a professor and Markowitz Faculty Fellow in Penn Engineering’s Department of Computer & Information Science; and Gregory Worrell, a neurologist at the Mayo Clinic. It was designed to collect direct brain recordings from epilepsy patients the world over.

Each patient in the study has between 80 and 100 electrodes implanted in regions of the brain that preliminary tests suggested were the sources of seizures. The electrodes indirectly record the voltage of brain activity in the neurons they sit above.

In this study, the researchers used recordings of 88 seizures from 22 patients.

“Localizing epileptic networks is one of the biggest challenges we have in treating medication-resistant epilepsy,” said Litt, who is also director of the Penn Epilepsy Center. “Bringing Dr. Bassett and her team to work with us on this task has tremendous potential to help our patients.”

Bassett’s research interests involve applying insights from network science to the brain. In earlier work, she and colleagues developed a way of illustrating the functional connectivity between large groups of neurons by comparing the similarity of their activity over time. The similarity between the activation patterns of two large groups of neurons suggests the degree to which they are in communication.

“These new computational techniques allow us to see how different parts of the brain are communicating with one another as we go about our daily lives,” Bassett said. “Critically, we can see how these communication patterns change as the brain changes its activity. This new ability offers a fundamental understanding of the functional relationships that drive a seizure.”

Because the geographical progression of each patient’s seizure is different, the researchers aimed to find some commonality in the network structure of the neuronal groups involved. While the location of the seizure’s source might change from person to person, the way the aberrant electrical activity spreads from there may have generalizable patterns. Researchers could then work backwards from those patterns to better identify the source, or devise ways of interrupting that progression to stop a seizure in its tracks.

The researchers showed they could predict where a seizure would begin based on network structure alone.

“We show there is a high correspondence between certain topological features that are predictive of brain regions that initiate seizures,” Khambhati said. “Specifically, we can use pre-seizure brain activity to determine the regions that are mostly densely interconnected, as they’re most likely to be where the seizure starts.”

Similar insights also showed the regions to which aberrant activity was likely to spread.

“Prior to and during the seizure,” Khambhati said, “the region of the brain where the seizure originates remains densely interconnected, but what we are finding is that, as the seizure is beginning, the less densely connected regions are reconfiguring very rapidly. We believe that rapid reconfiguration is the signal that a seizure is about to manifest. ”

The researchers believe algorithms based on these network relationships could immediately aid in pinpointing surgical targets in patients’ brains and eventually inform implantable devices that can neutralize seizures before they spread.