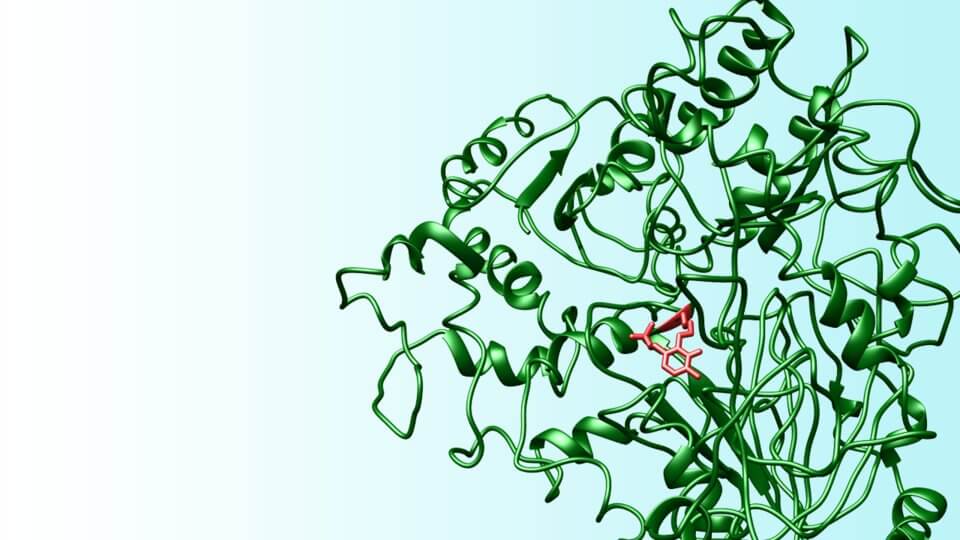 New amino acid may lead to progress on major maladies 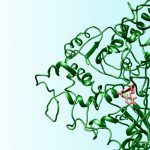 It’s open to different types, but it’s ultimately seeking an exclusive relationship. It knows how to establish a strong bond, but when it does, it tends to develop an unhealthy attachment that can keep a partner from reaching its full potential.

It’s an amino acid, and chemists at the University of Nebraska-Lincoln designed it that way to help smother drivers of diseases like Parkinson’s and cancer.

David Berkowitz and colleagues have synthesized a new class of amino acid that could inactivate vitamin B6-fueled enzymes – often called PLP enzymes – known for contributing to a range of health issues.

“Inactivating enzymes of any type is a good strategy for making pharmaceutical drugs,” said Berkowitz, a Willa Cather Professor of chemistry whose team detailed its feat in the Journal of the American Chemical Society.

The researchers did so, Berkowitz said, after an intensive team effort that involved “inventing new chemistry.”

Some therapeutic drugs work by temporarily binding to an enzyme – an effective approach that nevertheless requires continuous doses to compensate for the fact that the process is reversible. But others, including the new amino acid created at Nebraska, can irreversibly attach themselves to a target by forming a strong molecular bond that keeps the troublesome enzymes from operating.

To hone the targeting systems of such drugs, chemists usually incorporate a Trojan horse-style chemical group that reacts only when it reaches the target enzyme. All amino acids feature two molecular groups – an amine and a carboxylic acid – that stem from the same central carbon atom, along with a side chain that dictates the amino acid’s function and behavior in the body. Berkowitz’s team sought to add a so-called (1′-fluoro)vinyl group, which can help trigger an amino acid’s enzyme attachment upon reaching its target.

No one had before managed to add a (1′-fluoro)vinyl group to the central carbon atom while also retaining the side chain that directs an amino acid’s strike.

“We were able to carry the natural side chain in,” Berkowitz said. “So we (can) attach the fluorovinyl group to any amino acid, which is kind of a big deal. Before you could only make the parent, which doesn’t have a side chain. There was just no way to do this before.

“There are a whole bunch of PLP enzymes you could imagine targeting, but you would expect great specificity with these compounds. The same reason that they were really, really hard to create makes them really, really specific (to a chosen enzyme). That specificity is good for developing new drugs, but it’s also really important for basic science – allowing an investigator to tweak the activity of that particular step in signaling and metabolism to understand better the role of that specific enzyme in human biology. That’s truly chemical biology.”

The researchers put their design to the test by attaching a (1′-fluoro)vinyl group to an amino acid known as a lysine, then testing the resulting inhibitor candidate on a model PLP enzyme called lysine decarboxylase. Within a matter of minutes, the compound inactivated the target enzyme almost completely. Even after three days of extensive dilution – a process that would have washed away reversible inhibitors – 97 percent of the targeted enzymes remained inactive.

Many PLP enzymes contribute to the production of neurotransmitters – chemical messengers that promote normal brain functioning but also contribute to neurological conditions such as Parkinson’s disease and epilepsy. Those with Parkinson’s have low levels of the neurotransmitter dopamine, a result of neurons degrading in the brain. Parkinson’s patients typically receive a combination treatment of two drugs, one of which locks onto a PLP enzyme to help the other reach afflicted areas of the brain and ultimately boost dopamine levels.

Another enzyme-targeted drug, vigabatrin, can likewise boost levels of the neurotransmitter GABA to suppress the spasms associated with epileptic seizures. Recent research has suggested that targeting PLP enzymes to raise GABA levels might also counteract the pleasure response produced by drugs such as cocaine or heroine, potentially assisting efforts to combat addiction and substance abuse.

“All of that inspires our work,” Berkowitz said. “This is the great thing about being an organic chemist: You get to think about stuff nobody’s ever seen before, draw it up on the board, and then go in the lab and actually make it.

“It’s very satisfying to be able to hold in your hands something that you drew on a sheet of paper – and then see it actually work.”