New Advice on What To Do About Seizures 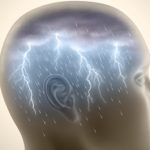 One out of 10 people will experience a seizure at some point in life, but most will never have second episode. As a result, patients and their doctors have a difficult time deciding whether a person who has one seizure should take medication in hopes of preventing another incident, researchers say.

Now, a new guideline announced April 20th at the American Academy of Neurology annual meeting may offer some advice for this gray area.

Currently, most patients and doctors end up waiting, without treatment, to see if a second seizure occurs, said Dr. Jacqueline French, a neurology professor at the NYU Langone Medical Center in New York. That’s because, if left untreated, about 50 to 75 percent of patients will never have another seizure.

The new seizure guideline may change this practice of waiting, said French, who was senior author on the new recommendation. The guideline offers doctors suggestions, based on certain results seen on EEG or MRI tests, about which patients would likely benefit from starting medication right away.

“The guideline is really useful in that it is putting a little curtsy around the uncertainty,” French said. “It is giving people a number of [examples] that would indicate that the likelihood of a recurrent seizure is higher. And therefore they can put that into their risk-benefits assessment.”

That risk, French explained, is a balance between the chance of having a second seizure, which could be deadly depending on where and when it happens, versus taking medication that might not be necessary. And that medication could have side effects.

The new seizure guideline, issued by the American Academy of Neurology and the American Epilepsy Society, is published in the April 21st issue of the journal Neurology.

Seizures can take on many forms. Among the more visible is the tonic-clonic or grand mal seizure, in which a person loses consciousness, clenches up and then has convulsions for upward of several minutes. But more often, seizures can result in short loss of consciousness, or a blank stare and upward rotation of the eyes, with no clenching or convulsions.

In the United States, epilepsy is defined as having two or more seizures that are “unprovoked,” meaning they are not due to other underlying triggers, such as a high fever or low blood sugar. People’s risk of having a second unprovoked seizure, and subsequent diagnosis of epilepsy, is greatest within the first two years following a first incident.

French compared seizures to house fires: Some are sparked by chance and won’t likely occur again, but others could be the result of faulty wiring, and could return if the wiring problem is not fixed. Epilepsy medication helps improve faulty brain wiring, French told Live Science.

The new guideline, however, “is not a simple, black-and-white recommendation,” said Dr. Allan Krumholz of the University of Maryland School of Medicine, lead author on the guideline report. Instead, the decision “must be made on an individual basis,” he said.

Any unprovoked first seizure should prompt immediate medical attention, Krumholz said. Tools such as electroencephalogram (EEG) or an MRI can reveal a whether a person is at increased risk for seizure recurrence, studies have known. Thus, doctors should not continue “to make knee-jerk decisions” to wait to see if a second seizure occurs, Krumholz said.

Doctors must also remember that a so-called first seizure might not actually be the first, because seizures can go undetected, French stressed.

The guideline, in short, summarizes all that is known about controlling seizures and defines the uncertainties of the risks in language for both the doctor and the patient.

“When you start on a medication, you haven’t decided if you are going to marry it. You’re just dating,” French said. “You have time to figure out if this is going to work out for you or not. The good news is that there are a number of drugs we could give you in 2015 [to effectively control seizure recurrence] that don’t have serious, life-threatening side effects.”

The most important element of the guideline is a “meaningful conversation between the patient and doctor so that the patient’s … personal preferences are understood and accounted for,” French said.