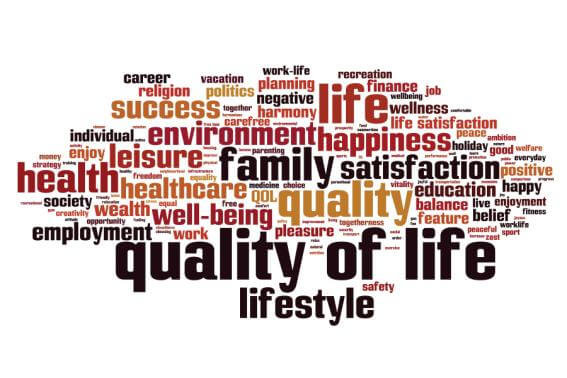 Katie Deppe credits her physicians with understanding that quality of life is just as important as treatment.

To say the teen years aren’t easy would be an understatement for Katie Deppe. When she was 14, Katie saw several doctors for unexplained symptoms before spending two weeks at Norton Children’s Hospital, where finally she was diagnosed with a rare condition called postural orthostatic tachycardia syndrome (POTS). Because the condition involves the autonomic nervous system, which controls vital bodily functions such as blood pressure and heart rate, she was cared for by Vinay Puri, M.D., neurologist with Norton Children’s Neuroscience Institute, affiliated with the UofL School of Medicine.

The following year, Katie began having seizures. Dr. Puri diagnosed her with epilepsy, unrelated to POTS. While he was able to control her seizures with medication, she wasn’t completely seizure-free.

“It was difficult being diagnosed with two medical conditions, especially at that age,” Katie said.

Throughout college and her early 20s, Katie had such faith in Dr. Puri that she continued her care in Louisville and “graduated” to seeing the adult providers at Norton Neuroscience Institute. In 2012, she had a vagus nerve stimulator (VNS) implanted by David A. Sun, M.D., Ph.D., neurosurgeon. This device sends pulses of electrical energy through the vagus nerve to the brain to help prevent seizures.

People with epilepsy are prone to migraine, and Katie was no different. Before her epilepsy surgery, Katie had been experiencing migraine attacks that eventually put a stop to her world.

“I was living with more headache days than not a month,” Katie said. “I found myself having to take life day by day again.”

‘Bring her home. I know someone who can help’

By the time her headaches were so frequent, Katie had moved out of state. Making the drive to Louisville for care while a migraine attack could strike at any moment wasn’t realistic. She sought help from a neurologist near her.

“The neurologist said that because of my other medical issues, there was nothing he could do and relegated me to an emergency room pain protocol,” she said. “I wanted a treatment plan and a solution, not painkillers.”

During one particularly terrible migraine attack, Katie’s parents called Dr. Puri from the hospital in desperation.

“He told my parents, ‘You need to bring her home. I know someone who can help,’” Katie said.

Dr. Puri referred her to Brian M. Plato, D.O., headache neurologist with Norton Neuroscience Institute. At her first appointment, Dr. Plato offered her a solution-oriented approach to migraine management and a treatment plan that didn’t include narcotics.

“Dr. Plato gave me hope that I wasn’t sentenced to a life with debilitating migraine attacks,” Katie said.

Married and back in Louisville, Katie gets team-based care; her ‘health has never been better’

Dr. Plato also worked closely with Katie’s other Norton Neuroscience Institute neurologists to ensure he was up to date on Katie’s overall health.

“Katie’s journey is the perfect example of our team approach at Norton Neuroscience Institute, where patients can see the specialist best suited for each phase of their care,” Dr. Plato said. “I can focus on the most up-to-date migraine treatment options for Katie, knowing that another trusted team member is simultaneously providing the most up-to-date care for her epilepsy. Each of us works together with the singular goal of making our patients’ lives better.”

Fortunately in better health, Katie and her husband, Ross Deppe, M.D., moved to Atlanta, Georgia, where he completed his residency and fellowship training. Katie never considered establishing care with a neurologist in her new city. Instead, she made a trip to see Dr. Plato every three months because, to her, the trust she had in him was worth it.

Today, the trip is much more convenient. When she and Ross were deciding where he would practice medicine after his training, the place that gave Katie her life back felt like the right fit to start their next chapter. He now is a physician with Norton Gastroenterology Consultants of Louisville.

But that’s not the end of Katie’s full circle of care. She now is a patient of Norton Neuroscience Institute epileptologist Ambica M. Tumkur, M.D., and is happy to report that she has not had a seizure since getting the VNS.

“My health has never been better,” Katie said. “Dr. Plato and all of my Norton doctors understood that quality of life is just as important as treatment. They worked to find that balance and gave me my life back. I am forever grateful.”