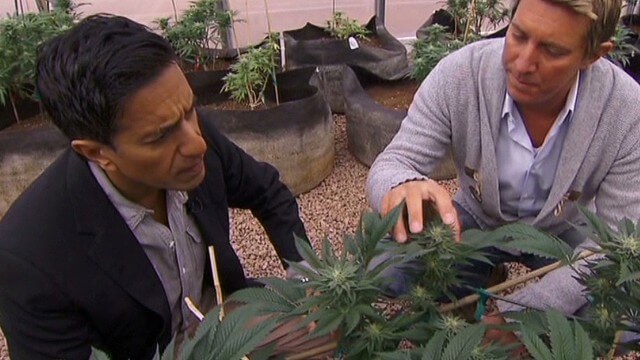 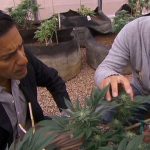 Dr. Sanjay Gupta—a practicing neurosurgeon and Chief Medical Correspondent for CNN—recently received the prestigious Alfred I. duPont Award for his work on a pair of influential documentaries on medical marijuana, according to a cover feature in the April issue of Neurosurgery, official journal of the Congress of Neurological Surgeons. The journal is published by Wolters Kluwer.

A special cover essay highlights Dr. Gupta’s achievement in informing the ongoing debate over the hazards and potential benefits of medical marijuana. The essay also draws attention to emerging research on marijuana’s effects on the brain—focusing on the hope that medical marijuana will provide an effective new approach for patients with certain types of treatment-resistant epilepsy.

WEED Documentaries Raise Awareness of Medical Marijuana.
In a January ceremony, the CNN documentary WEED: Dr. Sanjay Gupta Reports was named one of 14 winners of the 2015 Alfred I. duPont–Columbia University Awards for excellence in broadcast, digital, and documentary news. The duPont-Columbia Awards were created in 1935 to honor excellence in broadcast journalism.
Two years in the making, WEED offered a critical look at the research on medical marijuana and its effects on the patients and families who use it. A follow-up program, WEED 2, addressed the continuing political debate over medical marijuana. The two documentaries were followed by increases in ballot initiatives on the state level as well as increased federal funding for medical marijuana research.

Dr. Gupta is “uniquely qualified to effectively translate science into television,” writes Lisa R. Cohen of the Columbia Journalism School in her contribution to the cover essay. In addition to his broadcast work, Dr. Gupta maintains his medical and neurosurgical practice as a member of the faculty and staff at Emory University. Dr. Gupta “continues the parallel tracks of active practitioner and informed observer/reporter who can use his expertise to help inform the public,” Ms. Cohen adds.
Promising New Approaches for Treatment-Resistant Epilepsy
The cover essay also includes a section by Dr. Orrin Devinsky of New York University, who focuses on marijuana’s potential uses in the treatment of neurological diseases. Dr. Devinsky reviews evidence suggesting that medical marijuana could offer new treatments for some patients with severe epilepsy that doesn’t respond to conventional antiepileptic drugs.

In particular, a marijuana compound called cannabidiol (CBD) has been found to have significant anticonvulsant (anti-seizure) effects. Because of the specific receptors to which it binds, CBD may be useful in controlling seizures without the “high” produced by marijuana.

Prompted in part by Dr. Gupta’s documentaries, there is growing interest in the use of marijuana with a high CBD content for treatment-resistant forms of epilepsy. For some patients—such as children with the genetic disorder Dravet syndrome—medical marijuana is a potentially life-saving treatment.

“Dr. Gupta’s two-part documentary…has given the parents an important voice in promoting their message of getting access for their children,” Dr. Devinsky writes. “Organizations such as the Epilepsy Foundation are making efforts to improve access to medical marijuana for children with treatment-resistant epilepsy.”
Dr. Gupta’s balanced reporting also illustrates the challenges of a treatment that “has not been adequately scientifically studied, and in which the placebo effect could be an important factor.” Dr. Devinsky emphasizes the need for formal clinical trials using CBD or medical marijuana “to provide more scientific evidence on the safety and efficacy of these cannabinoids in patients with epilepsy.”