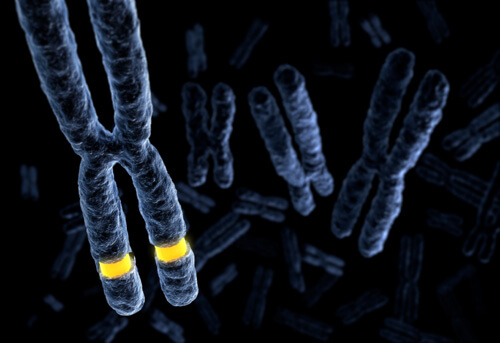 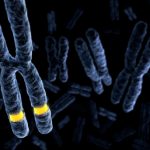 A study published today in the Journal of Neuroscience led by Yongjie Yang of Tufts University School of Medicine identifies an astroglial trigger mechanism as contributing to symptoms of fragile X syndrome in mice.

Fragile X syndrome (FXS) is a genetic disorder that arises from mutations in a gene on the X chromosome. It is the most common cause of inherited intellectual disability in humans and is associated with autism spectrum disorder. Previous research had associated the loss of a single protein, fragile X mental retardation protein (FMRP), as the predominant cause of FXS.

Astroglia, a class of nervous system support cell, are abundant in the brain and help regulate neuronal signaling. They are implicated in several neurological disorders, including FXS, but little is known about how they become dysfunctional and contribute to disease.

Using genetically engineered mice, Yang and his colleagues selectively prevented astroglia from producing FMRP. They observed that the animals developed symptoms similar to those seen in FXS. The researchers identified an astrocyte-specific glutamate transporter (GLT1), which when disrupted led to an imbalance of glutamate signaling, as a casual mechanism contributing to FXS symptoms. By restoring FMRP and glutamate signaling to astrocytes, the Yang lab saw a reversal of several FXS-like symptoms.

“The involvement of vast number of glial cells, especially astroglial cells, is not well documented in neurodevelopmental disorders, such as fragile x syndrome and autism. Our study, which used selective genetic manipulation of fragile X mental retardation gene in astroglial cells, found that one of the key functions of astroglial cells is impaired, which contributes to synaptic deficits. These results suggest a previously undescribed astroglia-mediated pathogenic mechanism in FXS, which may shed light on some types of autism. Indeed, we are currently investigating the alterations of glutamate transporter functions in other autism mouse models,” said senior author Yongjie Yang, Ph.D., assistant professor of neuroscience at Tufts University School of Medicine. He is also a member of the cell, molecular & developmental biology, and neuroscience program faculties at the Sackler School of Graduate Biomedical Sciences at Tufts.

“The findings are exciting to me as a neuroscience researcher because they further our understanding of how FXS develops and might respond to a treatment,” said first author Haruki Higashimori, Ph.D., research assistant professor in Yang’s lab at Tufts University School of Medicine. “By deepening our understanding of astroglia, we may also gain insight into how our brains evolve and what role mutations play in that developmental process.”

Yang’s lab at Tufts University School of Medicine is focused on learning how glia – astrocytes in particular – develop and what causes these cells to sometimes become dysfunctional, causing conditions like FXS, amyotrophic lateral sclerosis(ALS), and autism.